Boston Coronavirus News: School Is Closed, Testing Is Up, and Everyone’s Ordering Delivery 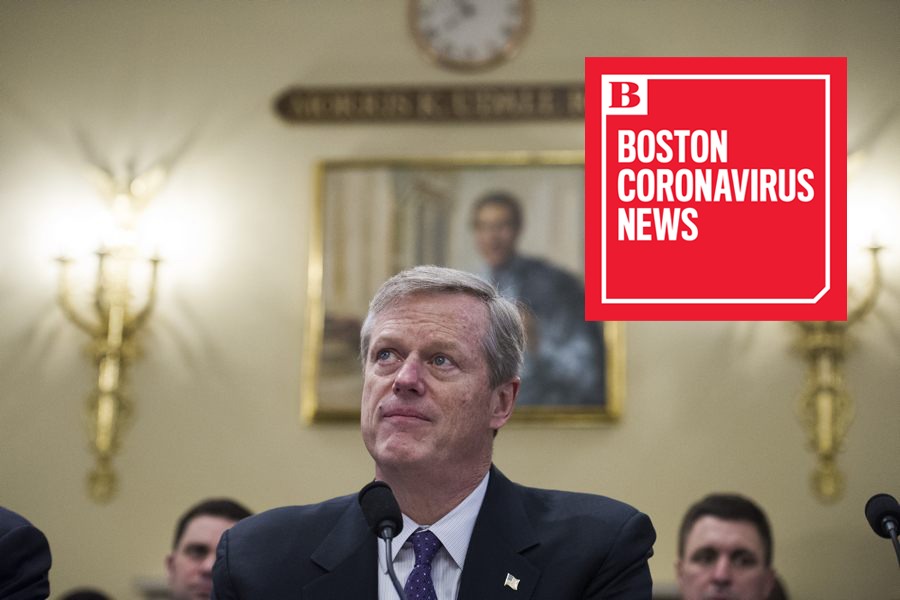 In Most Drastic Action Yet, Gov. Baker Announces Ban on Dining Out, School Closings Statewide, and Gatherings of More Than 25

Last night, Baker asked Massachusetts residents to “take a deep breath” as he announced momentous new measures to slow the spread of the coronavirus.

Restaurants and bars are subject to slightly modified restrictions. On-site consumption of food and drink is prohibited at dining establishments statewide, but restaurants and bars may remain open to provide takeout and delivery. This measure goes into effect from tomorrow, Tuesday, through April 6. Baker’s announcement superseded a milder restriction announced by Mayor Walsh just hours earlier yesterday, which only required Boston restaurants to cut their capacity by 50 percent.

“If we take decisive steps now and everyone plays their part by following the best medical guidance, we can slow down the spread,” Baker said Sunday evening.

Also starting Tuesday, all schools across the state, public and private, will be closed until April 6. Mayor Walsh announced earlier Sunday that Boston Public Schools will be closed even longer, from Tuesday through April 27. With the exception of the Eliot School, where a nonstudent member of the community tested positive for COVID-19, and the McKinley School, where a nonstudent is being tested, Boston schools will be open today to allow school communities to prepare for the six week gap—teachers will hand out any necessary materials that can’t be shared via Google Classroom, and the district will provide Chromebooks for all students in grades 3 through 12. The Globe also reports that Comcast is offering two months of free Internet for all BPS families who need it, and major cellphone carriers will provide unlimited high-speed data for the next two months. BPS will continue its free breakfast and lunch program throughout the shutdown,  providing a variety of packaged meal options at locations throughout the city.

Monday afternoon, Somerville Mayor Joe Curtatone announced even further emergency restrictions in Somerville—effective Tuesday, all gyms, health clubs, theaters, entertainment venues, social clubs, houses of worship, and playgrounds will be completely closed through at least April 6. Fields and courts are still open, but team games are not permitted. Curtatone also suggested that parents try to keep children home from daycare if at all possible.

This too: The City of #Somerville’s playgrounds will be closed to the public and fields and courts will only be open for passive use – no team games. If possible, parents should keep children home from daycare and avoid playdates. #COVID19 #mapoli

This uptick in restrictions follows reports from state officials that there is now evidence of community spread, or cases in which residents are contracting COVID-19 from sources unknown, in seven Massachusetts counties: Berkshire, Essex, Hampden, Norfolk, Middlesex, Suffolk, and Worcester.

“The facts on the ground have changed,” Baker said Sunday. “Now that we have evidence based on the testing results that we have community transmission in seven counties in Massachusetts, I think at this point in time it’s particularly appropriate we not only move on the school closures, but also that we get a lot more aggressive around other places and spaces that people gather.”

—Probably Because Some of Us Refuse to Social Distance?

Social Distancing is being ignored. Look at the lines! This is a public health emergency. Please shut them down! These aren’t the only bars/‘restaurants’ in Southie with lines either!#coronavirus #FlattenTheCurve #StayHome #Boston #Massachusetts #SocialDistancingNow pic.twitter.com/YP4tNfNGZW

Local officials quickly responded, closing all restaurants and bars in South Boston early yesterday, prior to Baker’s announcement of the new statewide restrictions on bars and restaurants.

TY Mayor Walsh, my fellow South Boston officials, Licensing Board & license holders for working w us & taking these sound proactive measures to protect the public’s health. We are in this together &it’s imperative now that we do all that we can to keep our communities safe.

The incident fueled criticism of those who are not taking the spread of COVID-19 seriously. Based on traffic maps from Google this morning, though, it seems like everyone is finally starting to get the message: Stay inside!

Is a Citywide Shutdown Next? Baker Says No

While the new restrictions might feel pretty tight, Gov. Baker wants to make one thing clear: He is definitely not planning to issue a Massachusetts-wide quarantine at this time, and any reports saying otherwise are based in rumor.

But Changes Are Coming to the MBTA

As ridership wanes, the T is scaling back operations. Starting Tuesday, the Commuter Rail and Red, Green, Orange and Blue Lines will run less frequent service throughout the day, including during rush hour. Buses, save a few key routes, will operate on their Saturday schedules.

“The MBTA plays an important role in slowing the spread of the coronavirus while continuing to provide critical services to medical professionals and other employees in key industries that rely on public transit,” MBTA General Manager Steve Poftak said in a press release. “While some of these changes are inconvenient, they maintain a responsible balance between protecting the health and safety of the MBTA workforce and our customers, and our goal of continuing to run safe and reliable service without major disruptions.”

Officials announced Sunday evening that 969 Massachusetts residents have been tested for coronavirus, a steep increase from Saturday’s total of 475 following measures taken last week to increase testing across the state. Thanks to more relaxed protocols, the state DPH says that the state lab’s testing capacity will now be able to double, from running 200 tests a day to 400.

But is this enough? Some say no. Dr. Robert Horsburgh, an epidemiology professor at BU, told the Globe that the state needs to be testing approximately 1,000 people a day to make a dent in slowing the spread of the virus. On WCVB’s “On The Record” on Sunday, Gov. Baker said Massachusetts will eventually be able to test 1,000 people a day—but would not say when the state will reach that goal.

More help, however, may be on its way. Last week, Baker criticized the federal government for its “lack of response” when it comes to expanding testing, and this weekend, it seems that his concerns are starting to be addressed: Federal officials announced Sunday a major expansion of testing sites and supplies nationwide.  Admiral Brett P. Giroir, who oversees the Public Health Service’s commissioned corps, said that 1.9 million test kits and 2,000 labs will be implemented nationwide this week. Two groups of people will be prioritized for testing: health care workers and first responders, and any elderly people with a respiratory symptom and a temperature of at least 99.6.