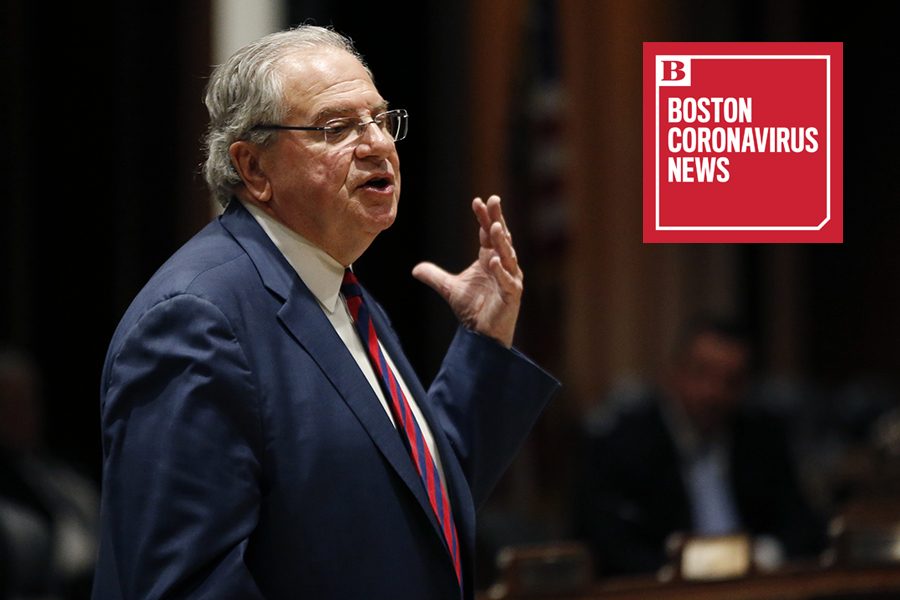 For the most recent COVID-19 update, head over here.

Monday, Gov. Charlie Baker filed legislation that would allow some unemployed workers affected by coronavirus closures to avoid the typical one-week waiting period for benefits and begin collecting those benefits immediately. In a statement this morning, House Speaker Robert A. DeLeo and budget chairman Rep. Aaron Michlewitz said representatives intend to pass the bill “without additional changes” once it clears the Senate. For many, the relief this legislation would bring can’t come soon enough: The day after Baker announced the statewide ban on dining in at restaurants and bars, Massachusetts residents filed nearly 20,000 unemployment claims, exceeding the number of claims that the state handled all of last month, the Boston Globe reports.

The Lockdown Rumors Are Swirling

Governor Charlie Baker continues to insist that a statewide lockdown isn’t yet in the cards. Mayor Marty Walsh said in his evening address Tuesday that Boston is “not currently at that point” but that he is “monitoring the situation closely.” But as residents of the San Fransisco Bay Area shelter in place, and New York Mayor Bill de Blasio warns New Yorkers to prepare for similar measures, you have to wonder. And there are plenty of local officials who are pushing for a shelter in place order—Tuesday, ten state representatives, a handful of Somerville and Cambridge city councilors, and the mayor and vice mayor of Cambridge published a letter calling on Baker to issue a shelter in place order by the end of the day. “It is essential that the spread of the virus be suppressed to protect the ability of healthcare providers to handle the influx of new patients and safeguard public health and safety,” the letter reads.

I’m joining with colleagues in state and local government to call on @MassGovernor to issue a #ShelterInPlace order to help suppress the spread of #COVID19 in Massachusetts. We need to #FlattenThePeak and take action to protect the most vulnerable in our communities. pic.twitter.com/3UceE2nXLO

With Help from the Broad Institute, We Might Make It to the 1,000 Tests a Day Mark

This is a very good thing. State officials said in a Tuesday press conference that they’re pursuing a partnership with MIT and Harvard’s Broad Institute to expand the state’s coronavirus testing capacity. As a “state reference lab,” the Broad will be able to process samples collected from test sites. If the plan pans out, it’s estimated that the lab would be able to test a thousand or more kits a day. Officials hope that the plan will get the green light soon, and will be up and running by early next week.

In the meantime, testing is starting to look a little more streamlined at local sites. Somerville Hospital is the latest institution to open a drive-through testing site, where Cambridge Health Alliance patients who have been phone screened by their primary care doctors can get tested without having to leave their cars. Other drive through sites are already operational in Braintree, Middleton, Cape Cod, and in Boston near Fenway Park.

While things are looking up on the testing front, our local healthcare facilities are certainly still feeling the strain of the crisis—several hospitals, including Cambridge Health Alliance and Tufts Medical Center, have put out calls for donations of medical supplies, including N95 masks and goggles.

Personal Protective Equipment Donations
CHA is working around the clock to keep our patients, visitors, staff, and communities safe. Are you looking for a way to help too? We are seeking donations of personal protective equipment.

The items can be dropped off (24/7) with CHA Public Safety at the main entrance of Cambridge, Everett and Somerville Hospitals. Remember to wash your hands after!

Well, this is weird. In an email to students Tuesday, Northeastern University announced that this year’s commencement exercises, scheduled for May 1, will happen online. The event will begin with an “interactive virtual ceremony” that includes “an inspiring address from a pioneering individual.” When everyone is finally allowed to gather in person again, the university plans to schedule special gatherings in communities around the world to honor graduates IRL.

How do the students feel about it? A little less than excited, it seems. A petition circulating on change.org entitled “Postpone Northeastern University Graduation instead of Virtual Graduation!” has already gathered over 6,600 signatures. “Commencement is a pivotal life event for many that gives graduating a sense of finality. To completely rob the class of 2020 of that, even within the context of a pandemic, is unacceptable,” reads one supporter comment. “Holding our graduation online is the college equivalent to proposing to a significant other over text,” reads another.

But as we all slowly start to face the reality that we are likely going to be socially distancing for longer than we first estimated, it’s inevitable that universities are going to have to make commencement contingency plans. Some, like UMass Amherst, have postponed indefinitely. Others will certainly join Northeastern in attempting to implement virtual commencement experiences instead. Perhaps Olin College of Engineering in Needham pulled off the best solution—allowing students to quickly plan and prepare a “Fauxmencement” ceremony, complete with origami caps and trash bag gowns, after they announced the transition to online classes and before students had to leave campus.