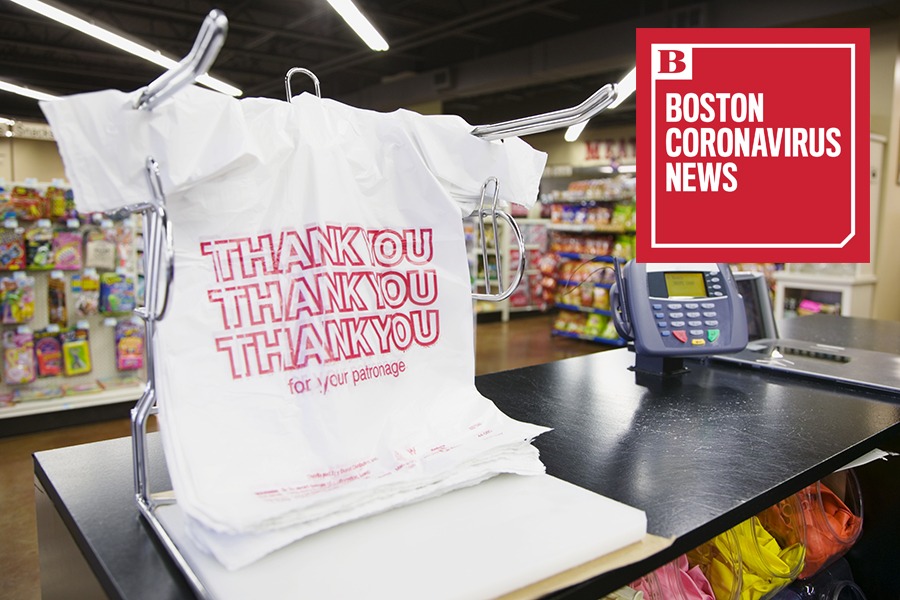 While it feels like most businesses across the state had already shut their doors, an official order from Governor Charlie Baker is sealing the deal—all businesses that do not provide “COVID-19 essential services” ceased operations at noon today. Before you panic, know that the order is not quite as sweeping as it sounds—grocery stores, pharmacies, liquor stores, gas stations, and restaurants offering take-out and delivery only can stay open. The T will continue to run, though officials “strongly discourage all non-essential travel.” Read the full list of essential businesses here.

One notable industry forced to close today? Recreational marijuana dispensaries (medical is permitted to stay open). After the order was announced, patrons flooded Brockton’s recreational dispensary to make last-minute buys, and several cannabis groups and activists quickly voiced their concerns that restricting access to recreational marijuana is unjust, especially when liquor stores are permitted to stay open. “There are thoughtful ways to do this, but to just knock it out — it isn’t right, and it’s not fair,” David O’Brien, the president of the Massachusetts Cannabis Business Association, told the Boston Globe. “It’s discriminatory to adult-use cannabis consumers in a state where it’s legal.”

Both Mass Audubon and the Trustees of Reservations announced late yesterday that, in response Baker’s order, they will close all their properties to the public at noon today too. That includes Hingham’s World’s End and Ipswich’s Crane Beach, which have proven to be popular spots for those long outdoor walks everyone is taking to maintain their sanity.

Securing the perimeter and maintaining a 6 foot #socialdistance at the beach.

In a letter, Mass Audubon president Gary Clayton encouraged state residents to still seek comfort in nature, but a little closer to home. “Be on the lookout for signs of spring—including the calls of Spring Peepers and Wood Frogs, salamanders on the move, emerging Skunk Cabbage, and the return of Eastern Phoebes and other migratory birds,” he suggests.

The Olympic Torch Goes into Storage

Athletes around the world breathed a sigh of relief today as the International Olympic Committee announced that the summer games, scheduled to take place in Tokyo, will officially be “rescheduled to a date beyond 2020, but not later than summer 2021, to safeguard the health of the athletes, everybody involved in the Olympic Games and the international community.” The leaders involved in the decision agreed that the Tokyo Games can “stand as a beacon of hope” when it does eventually occur, the IOC said in a statement. This is the first time an Olympics has been postponed (1916, 1940, and 1944 were all canceled due to war).

The news is certainly bittersweet—while athletes will certainly be glad that they no longer have to train in the extremely difficult conditions coronavirus presents, an event that represents global unity would be pretty welcome right about now. As consolation, though, the Olympics YouTube channel has just uploaded the full women’s gymnastics team final from Rio, so you can relive all the incredible performances that won the U.S. gold in 2016, including that unforgettable floor routine from Needham native Aly Raisman. Raisman, by the way, is coping with quarantine by doling out encouraging words and tumbling advice on her Twitter account, so if you’ve been practicing your roundoffs in the kitchen and your beam routine on the back of the couch, don’t forget to @ her.

Start facing forward! Keep legs straight. Try to do it on a straight line! You got this!!! https://t.co/okiCzeZyTj

This time, it’s Harvard President Larry Bacow and his wife, Adele. According to a letter Bacow addressed to the Harvard community, the couple began experiencing cough, fever, chills and muscle aches on Sunday, and were tested Monday. “We will be taking the time we need to rest and recuperate during a two-week isolation at home,” Bacow writes. “I am blessed with a great team, and many of my colleagues will be taking on more responsibility over the next few weeks as Adele and I focus on just getting healthy.”

At least one Boston Police officer and one EMT have tested positive for COVID-19, per a Facebook post from Live Boston.

The Boston Business Journal reports that General Electric will cut roughly 2,600 American jobs in its aviation division thanks to the plummet in business the industry has seen since the coronavirus pandemic began. The layoffs, in tandem with other measures the company announced this week, will reportedly save the company between $500 million and $1 billion this year. It’s unclear how GE’s Lynn plant will be affected, the BBJ says.

Change Is Coming to the Grocery Store

Grocery shopping—basically the only activity you now partake in outside your home—has already become a weird experience, with barren shelves in stores citywide and long, winding checkout lines. Now, even more changes are coming: WCVB reports that Stop & Shop, Shaw’s and Star Market are all planning to install precautionary plexiglass barriers at checkout lines in an effort to separate workers from customers in the near future. A spokesperson says Shaw’s and Star plan to have the shields installed at over 2,200 of its stores within two weeks.

On top of that, Cambridge residents are going to have to break an eco-friendly habit: bringing reusable bags to the store. The city manager and commissioner of public health issued a temporary emergency order yesterday that prohibits both staff and customers at essential businesses from bagging purchases in reusable bags. Instead, retailers will once again give out checkout bags free of charge.

College students were some of the first people affected en masse by the coronavirus, with many having to prepare to take exams at home, cope with postponed, cancelled or virtual commencement ceremonies, or book last minute flights and rental cars to get home. However, Northeastern PD would like all Huskies to know that it’s really not okay to cope with all that stress and disappointment by partying—it’s disruptive to neighbors and pretty flagrantly violates social distancing protocols. Kids, it’s time to quietly drink together over FaceTime, like real adults.

ICYMI: Our Governor Is Not a Celebrated Jazz Saxophonist

Bit of an oof for Biden. Stumbled through a bunch of the speech, one of his eyes appeared bloodshot, called Massachusetts Governor Charlie Baker “Charlie Parker,” and he finished the speech by looking off camera, presumably to an aide pic.twitter.com/gzHRpSkaOd

Thanks to Sean Philip Cotter at the Boston Herald for the clarification—despite what a certain presidential nominee might have said, our governor is Charlie Baker (Republican, 63-years-old), not Charlie Parker (Grammy award winner, deceased).