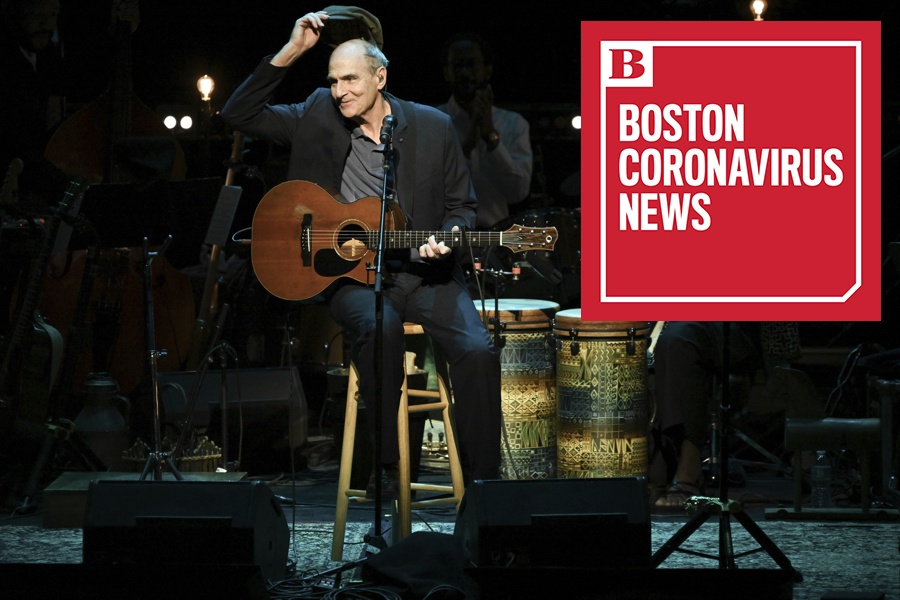 Confirmed cases as of March 24

Let’s start things off with some good news. The Boston-born singer-songwriter and his wife, Kim, are doing their part by pitching in $1 million to Massachusetts General Hospital’s Emergency Response Fund. In an announcement of the gift, MGH notes that Taylor was born there, thanked him for his generosity, and asked others to join him (more info on how to do that here). “We couldn’t ask for a better friend,” it says in a tweet.

We couldn’t ask for a better friend. Those looking to join in support can do so here: https://t.co/2hCYa2D2dV https://t.co/PNFhtnsyos

Congress Came to an Agreement

It came after midnight, and will see an unprecedented $2 trillion spent in response to the outbreak, including direct payments of $1,200 to Americans who earn less than $75,000 a year, an expansion of unemployment benefits, and loans designed to encourage small businesses to keep employees on their payrolls.

Restaurants need all the leeway they can get right now to keep the lights on, and Baker’s bill would certainly expand the options for eateries offering to-go options. Among other things, the bill would allow beer and wine to be sold with take-out and delivery orders. It’s really something to behold, seeing an unfolding crisis so severe it can dissolve the state’s notoriously strict liquor laws.

Testing Is Way Up

We are making progress. As facilities have come online, and amid calls for vastly increased screening for the virus, the number of people tested for coronavirus infection has spiked, more than doubling in just two days. As of Tuesday afternoon, nearly 14,000 have been tested.

On Top of Everything Else, Manhole Explosions??

As the old saying goes: When it rains, it explodes. An apparent electrical issue led to multiple manhole explosions near Massachusetts General Hospital Tuesday afternoon. The incident led to road closures—which would have been a much bigger deal if anyone was actually on the road right now—and also disrupted the MBTA as trains had to be replaced with shuttles.

At approximately 3:15 received a call for 209 Charles St downtown for smoke coming out of multiple manholes. pic.twitter.com/avWVBGvHtc

#manhole explosion (it sounds like one of a few) at Charles/MGH in downtown #Boston. Peep also the people failing to social distance. pic.twitter.com/FU8DDnAAhp

I saw someone make a joke (I guess you can call it a joke?) at some point about how grocery store workers had unknowingly “signed up for the draft.” The same observation—that the people who can’t work from home are putting themselves at dire risk to keep things functioning—can be made for MBTA operators, who are mission critical right now when it comes to getting other essential employees to their jobs. The T has taken unprecedented steps to try to keep them safe, including asking passengers to board from rear doors, and installing signs asking riders to keep a safe distance from bus drivers and T operator’s cabins. Still, three MBTA bus drivers have tested positive for COVID-19, WCVB has found. It’s not yet clear which routes they were driving.

Mike Dukakis did not test positive

The 86-year-old former governor, who had been teaching at UCLA, is in a California hospital with pneumonia but two tests for the virus have come back negative.

Baker Is Explaining the Construction Quandary

He’s balancing one crisis against another: COVID-19 and the housing shortage. That’s Baker’s rationale for allowing construction work to continue in much of the state, even as so many businesses have been ordered shut and workers are abiding by a stay-at-home advisory, and after Boston and Cambridge have already ordered construction sites to stop working. Baker says work on needed housing, as well as critical infrastructure like MBTA projects and roads and bridges, will not stop, and warns that halting work at some sites means some projects may never get finished. He’s expected to announce new safety guidelines to limit the possibility of spreading the virus among workers, but let’s face it: They’re going to have to work closely together, and they’re at considerable risk.

The President Has Time to Weigh in on Mitt Romney

Just in case you’re wondering where his head is at right now, Trump sarcastically wished Romney well in a tweet on Wednesday morning, in response to news that the former Massachusetts governor has tested negative for the virus.

This is really great news! I am so happy I can barely speak. He may have been a terrible presidential candidate and an even worse U.S. Senator, but he is a RINO, and I like him a lot! https://t.co/42zpWW9vzy

A Warning from New York

As the situation in New York—now considered the epicenter of the outbreak in the U.S.— continues to worsen, Gov. Andrew Cuomo has warned that it’s “just a matter of time” before what’s happening there may be headed to other cities and states in the days and weeks to come.

“New York is the canary in the coal mine. New York is going first. What happens to New York is going to wind up happening to California and Washington state and Illinois. It’s just a matter of time,” NY Gov. Andrew Cuomo says https://t.co/itFHCYRF8w pic.twitter.com/o5rU1hiQJ5

We Are Better Than We Knew

Pessimism and dread are perfectly understandable lenses through which to see current events right about now, but the Globe’s Yvonne Abraham asked in her column yesterday if turning the world upside down in the way that the coronavirus has might lead us to being better, more thoughtful people. It is very nice and you should read it. Also in that vein, this story from this past weekend about a writer who’s spent years researching the subculture of doomsday preppers, who fear we’d devolve into violence and chaos in a crisis, offers an uplifting perspective on how we actually behave when the worst case scenario hits: with compassion and self-sacrifice.