Are the Red Sox Hanging Fenway Concessions Workers Out to Dry?

On what would have been Opening Day, their union says “Yes.” 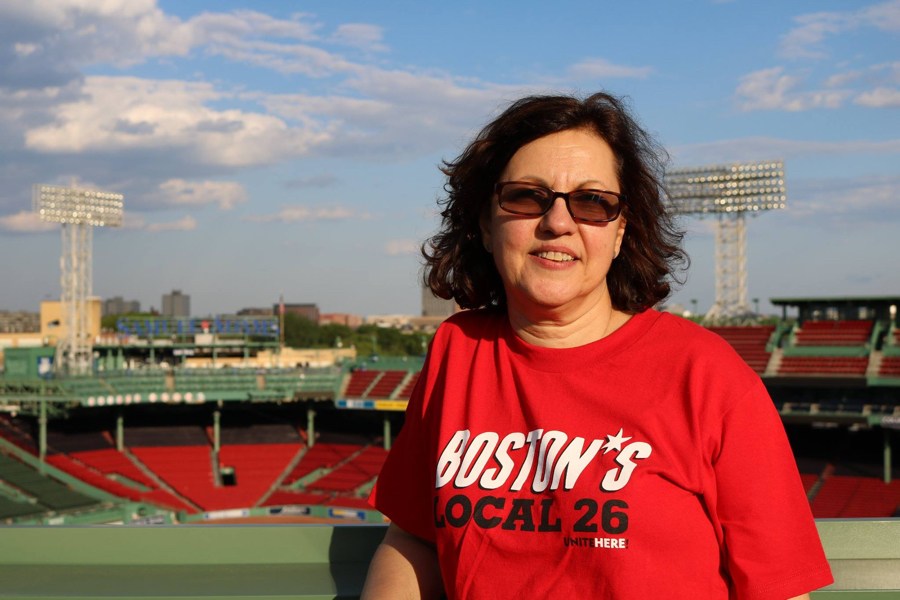 In another timeline, today would have been a joyous one at Fenway Park. Thousands of fans in freshly-dusted-off jerseys and cruddy baseball caps streaming down Jersey Street, a “Sweet Caroline” that isn’t hygiene-themed. And, of course, a Fenway Frank (or two), a sack of peanuts launched to your seat from the aisle, and a cold (and, yes, obscenely priced) beer—all delivered by your friendly, sweaty-faced Fenway concessions worker. So as we all collectively mourn the start of the baseball season that isn’t, could it be that the Red Sox are leaving its small army of concessions workers behind?

Here’s what we know so far: The Sox, along with every other MLB franchise, have pledged $1 million to the stadium’s other out-of-work staff, yet the team has still not come forward with a plan for the roughly 1,000 who pour the Bud Lights, tend to the hot dogs, and prepare the wacky concessions we all know and love for the hungry and thirsty masses at every game. “They are part of the Fenway product,” says Carlos Aramayo, president of Unite Here Local 26, the union that represents the stadium’s food service workers. “We’re pretty shocked that the Red Sox are not thinking of their concessions workers when they think about who their workers are in this time of crisis.”

The issue appears to be that the concessions workers do not report directly to the team, but instead are employees of a contractor, the Philadelphia-based catering giant Aramark. A Sox spokeswoman tells me the $1 million fund will benefit seasonal workers “employed directly by the club; about 1,300 employees fall into this category,” but that “employees of our concession partner are not part of this commitment.”

The spokeswoman also assures me that plans are underway to create a special fund for the subcontracted employees via the Red Sox Foundation. Asked whether this fund would be made up of the team’s money or that of donors, I’m told it “will likely be some element of both but we are still working through those details.”

What’s the hold up, you ask? Paying these guys for lost work for as long as this crisis continues is the right thing to do. And as far as the union is concerned, whether they are technically in Fenway’s employ shouldn’t make one bit of difference.“It shouldn’t be used as an excuse to not do right by folks that help make you have such a good product that the people in the city of Boston love and enjoy,” Aramayo says.

A petition to secure a safety net from the Sox is being passed around and already has more than 700 signatures.

We’ll update this story if and when team owner John Henry steps up to the plate. But as of Opening Day, 2020, the Red Sox’ corner office is as silent as Fenway’s game-less bleachers.