The Perverse Pleasure of Consulting the History Books

How I learned to stop wringing my hands while still washing them. 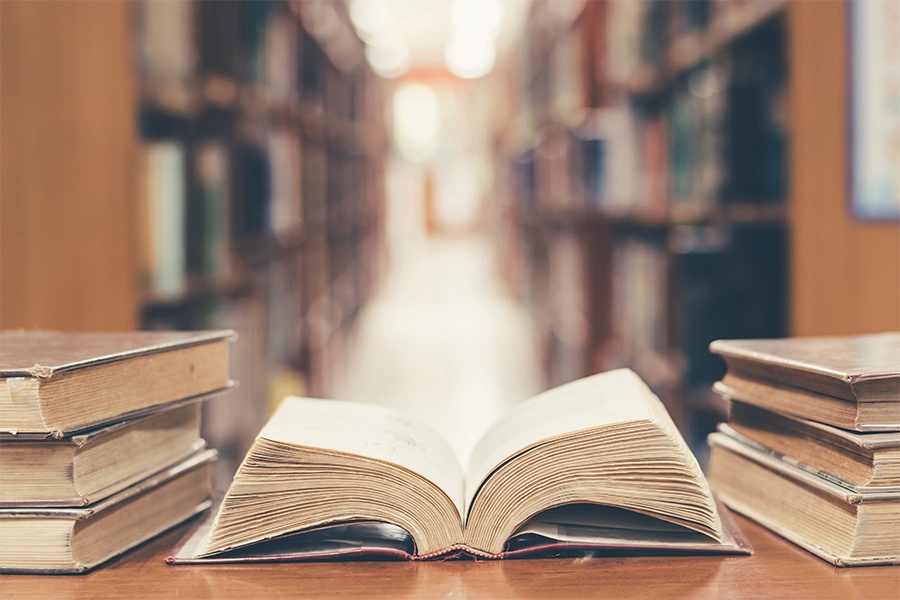 I’ve always had a strong monastic streak. I enjoy being alone. I find peace in solitude and tranquility in communing with myself. That said, the hermetically sealed existence that’s suddenly been forced upon all of us has me reaching for the Ativan and texting my shrink on the daily, and while long walks in nature have helped preserve the remaining shreds of my sanity, I’ve also been downing vodka like a Viking. (Footnote: It’s a damn good thing I love my husband as much as I do; so far, we’ve refrained from ripping out each other’s thoraxes. As for those of you with children: You deserve to be canonized.)

On a recent trip to the supermarket, which was—spoiler alert! —out of pretty damn near everything, I found myself fending off a panic attack. It felt like the first ten minutes of every zombie movie I’ve ever seen, and while the coronavirus pandemic might not actually herald the end of civilization, there’s a strong whiff of incipient apocalypse that no amount of hand sanitizer or toilet paper can wipe away. Of course, in situations like this, the hypochondriacal doomsday paranoiac in me struggles to the surface, and all the funny dog memes and inspirational quotes on the planet just can’t push that Jack back into the box. So, what to do?

Quite honestly, if you’ve read this far, you’ve probably concluded (and correctly, I might add) that I haven’t the foggiest. But I do have a modest proposal. If George Santayana was right when he said, “Those who cannot remember the past are condemned to repeat it,” we might do well to examine what lessons can be gleaned from history’s other devastating events and plagues. Only because this is an entry-level course, and me a mere overmedicated teaching assistant, we’ll call it George Romero/Exodus, 101.

Once one dives down the rabbit hole of Googling topics such as “mass extinction,” “plague,” “Black Death,” “smallpox,” and “Spanish Flu,” things quickly degenerate into a not-terribly-helpful miasma of, “Oh, we’re all gonna die,” mixed with a bit of, “Maybe Savonarola was right,” and before long, you’re tempted to flay yourself alive, so let me save you the trouble. According to science (of which I think our current predicament starkly demonstrates there should be more, and not less, of), there have been roughly five mass extinctions on Earth.

The first was The Great Oxygenation Event (which I suggest Coachella change its name to when, and if, it resumes). In essence, it involved the introduction of free oxygen into the atmosphere (the very thing that currently keeps us humans alive) by the cyanobacteria performing photosynthesis (another thing that currently keeps us humans alive) and killing off the anaerobic organisms that dominated the earth back then. From our perspective, not a bad thing, and the whole process took place at least a billion years after life first began, which I think we can all agree is a good, long run for anaerobic organisms.

There was another great extinction, which happened around 250 million years ago, that affected, most noticeably, trilobites, which, according to the American Museum of Natural History, “inhabited virtually every available aquatic niche…and rank among the most successful creatures ever to exist on our world.” They are also the ancestors of spiders, scorpions and mites, so good riddance to them. Of course, by far the most publicized extinction event in history was the asteroid that slammed into the earth 66 million years ago, killing off the dinosaurs, whom—despite the undying affection of most four-year-old’s—were blood-thirsty bastards. As the Jurassic Park franchise amply illustrates, no one needs a T. rex traipsing through their pachysandra, or a well-coordinated group of velociraptors turning their Bichon Frise into an amuse bouche before dining on the rest of the family. As for the Megalodon? Imagine the plummet in property values in Chatham and Nantucket. Plus, dinosaurs eventually evolved into birds, which are wonderful, magnificent creatures … when they’re not spreading avian flu. Okay, never mind.

Let’s move on to the plagues, shall we? They enjoy an illustrious and prominent place in human history, precisely because lots of people get killed by them, but each does have some redeeming quality. The biblical story of Exodus tells of the ten scourges that convinced Pharaoh to let Moses lead his people out of Egypt, and while lice, boils, locusts, blood, and smiting of the first born are no one’s idea of a good time, they functioned as God’s Emancipation Proclamation. They also gave rise to at least one deeply beloved holiday, Passover. It’s worth noting, furthermore, that COVID-19, which ironically threatens to cancel the observance of Passover this year, is compelling people to drink even more wine than a Passover Seder requires, which can only help with the economic fallout of the pandemic. Even the Black Death, which lasted from roughly 1347 to 1351 and killed anywhere from 75 to 200 million people, had salutary effects. The advent of perfume, hospitals, and sex comedies are three of the most sanguine, not to mention providing fodder for Monty Python films. Both smallpox and the 1918 flu, for those who survived them, resulted in momentous advances in immunology that might just help save us from our current situation.

My point in all this, of course, is that even the grimmest of times can have a positive outcome, and while it might feel like looking for a silver lining while the clouds are raining down a pestilence, there are undeniable upsides: opera singers in Italy serenading their neighbors, people exercising their creativity to cure the boredom, and, undoubtedly, quite a few babies being conceived. There is still beauty in the world. And there’s still hope.

So, the lesson to be learned is this: Don’t be like the trilobites and dinosaurs and add to the creepy things that inhabit the earth. Don’t be like the victims of the Black Death, who believed that leeches, rotten treacle, or crushed emeralds could cure them. Don’t be like the early Europeans who profiteered off of smallpox in the Western Hemisphere. And don’t be like the xenophobes who popularized the term “Spanish flu.” (It got that name only because Spain was neutral during WWI and as a result, the press was allowed to report on the disease freely, unlike countries that didn’t want to demoralize the war effort.) Instead, be like the person you were before this whole tragic mess began, when compassion and empathy and generosity were unfettered by fear, dread, anxiety and an all-consuming instinct for self-preservation. As a wise man once said, “to worry is to suffer twice.” Do your damnedest to be kind and compassionate. And for God’s sake, keep washing your goddamn hands.