Boston Coronavirus News: The Patriots Plane to the Rescue 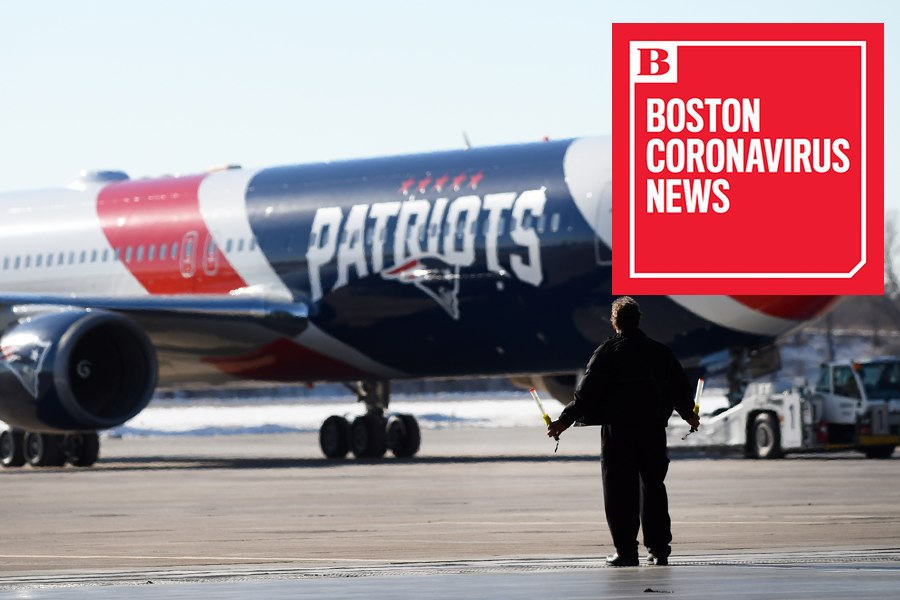 MINNEAPOLIS, MN – JANUARY 29: A member of the ground crew guides the team plane of the New England Patriots as it arrives for Super Bowl LII on January 29, 2018 at the Minneapolis-St. Paul International Airport in Minneapolis, MN.(Photo by Nick Wosika/Icon Sportswire via Getty Images)

So much of the country’s system for distributing desperately needed medical supplies has been a disaster: As Charlie Baker himself has fumed, it has seen states bidding against one another and the federal government for masks and other personal protective equipment. But Robert Kraft and his red-white-and-blue airplane have come through in a serious way. In order to help the governor retrieve more than a million masks from China, the Patriots owner volunteered the use of his plane, and helped navigate the frustrating tangle of red tape it took to get them from there to here. Should this be the way it works? Of course not! But you have to hand it to Kraft, who also pitched in a reported $2 million to help purchase masks, and delivered 300,000 of them to New York.

No days off. Thanks to some serious teamwork, Massachusetts is set to receive over 1 million N95 masks for our front-line workers. Huge thanks to the Krafts and several dedicated partners for making this happen. pic.twitter.com/ieV6XMC5Ow

We Are Not Ready Yet for What’s Coming

This state has already seen previously unimaginable efforts to brace for the coming wave of sick, including a field hospital built at Worcester’s DCU Center and another planned at the massive Boston Convention and Exhibition Center in the Seaport. And grim new preparations for the dead, like the refrigerated freight trucks brought to Fitchburg State University to use as a make-shift overflow morgue. While it’s impossible to say for certain given gaps in publicly available data, there are troubling signs about our readiness for the surge expected to come in fewer than two weeks. Data from the University of Washington suggests the state will not have enough hospital beds when the worst of the outbreak arrives, but it also shows that a planned delivery of 1,000 ventilators may be enough to meet the projected need for them.

The Boston City Council Is Urging the State to Freeze Rent

With much of the city out of work and unable to pay their bills, all but one member of the council voted to support a resolution calling for a freeze on rent and mortgage collection, as well as evictions and foreclosures. The move doesn’t do anything on its own, but instead calls on state officials to act until the crisis passes. Of the council’s 13 members only Frank Baker, himself a landlord, was opposed, calling the proposal “reckless.”

You’d think gym membership fees would be a thing of the past right now given that, you know, all the gyms are closed. But as we reported yesterday, some gyms are continuing to collect from their members, even as the equipment sits idle. Boston Sports Clubs is apparently not even giving members the option to cancel. (Side note: The YMCA has asked its members to consider keeping up monthly payments to support its efforts to feed and care for children and people experiencing homelessness—so let’s be clear: If you’re able, you should do that.)

Behind the Scenes with Marty Walsh

“I think we’ll all have a new appreciation for the things we hold dear when this is all over,” the mayor tells us in a new interview about what it’s like to lead the city through a pandemic. Like all of us, he says he longs for the old days, when sports were still on TV and when we could still get together in large groups. But he’s adjusting, attending his AA meetings online and teaching his mom how to video chat. More with Walsh here, part of our ongoing series of interviews with notable Bostonians about their lives in the age of COVID.