These photos show that animals did not get the memo about social distancing. But MassWildlife says it's not the animals behaving any differently—it's us.

Unlike the herd of wild mountain goats, which clearly took advantage of the pandemic-induced quiet this week to graze on lawns and shrubs in a deserted Welsh town, Greater Boston’s backyard squirrels, wild turkeys, and even coyotes have never shied away from their human neighbors. But is it just us… or are animals getting especially bold as we humans stay largely off the streets for the third week in a row?

“I would turn that around: People are out and about,” says Marion Larson, information and education chief at MassWildlife. “[People] are at home, and they’re restless and bored. They’re out walking, and they’re out in their backyards, looking around, when most of the time, they’re at work or in school, and they have no idea what kind of wild neighbors they have,” she says.

Another reason there seems to be an uptick in wild animal sightings right now is because of the time of year, Larson says.

“It is spring, and there is more animal movement going on,” she says. It’s the time of year for turkeys to mate, which leads to aggressive tom (male turkey) behaviors like loud gobbling and feathered strutting. “The hormones are raging so much that the male turkeys aren’t paying attention to much else, so we get a lot of calls about aggressive birds sometimes trying to dominate people.” She notes that every once in a while, humans should try to frighten turkeys and coyotes, by shouting, swatting a broom, shining bright lights, or spraying water from a hose. “Scare them so they don’t become complacent,” she says.

Keep an eye out for young fox and coyote pups in the coming month, Larson says—as well as their parents, which will be out looking for food for their newborns. Spotting a coyote in the afternoon does not necessarily mean the animal is sick, she adds. It’s perfectly normal to spot coyotes, foxes, and even raccoons out during the daytime, though they are more active at night.

“That’s a seasonal phenomenon. But again, because there are many people in their neighborhoods at times of day [right now] when they typically aren’t, they’re more likely to see these animals,” Larson says.

And that’s a good thing. “Take the time, slow down, and look around to see what might be in your yard,” Larson says. MassWildlife will continue to share resources on its website this spring about ways to connect with nature while adhering to social distancing guidelines.

Here’s a look at what locals have noticed during the past few weeks of the pandemic shutdown.

These turkeys could sense change in the air as soon as Gov. Charlie Baker declared a state of emergency.

the turkeys have gotten word that we’re abandoning the city and are moving in. @universalhub pic.twitter.com/xKlKGBgFnU

A local spotted a coyote in Mission Hill mid-afternoon on March 31. Around 5:30 p.m. the next day, a Natick resident spotted this wild dog in his neighbor’s driveway. 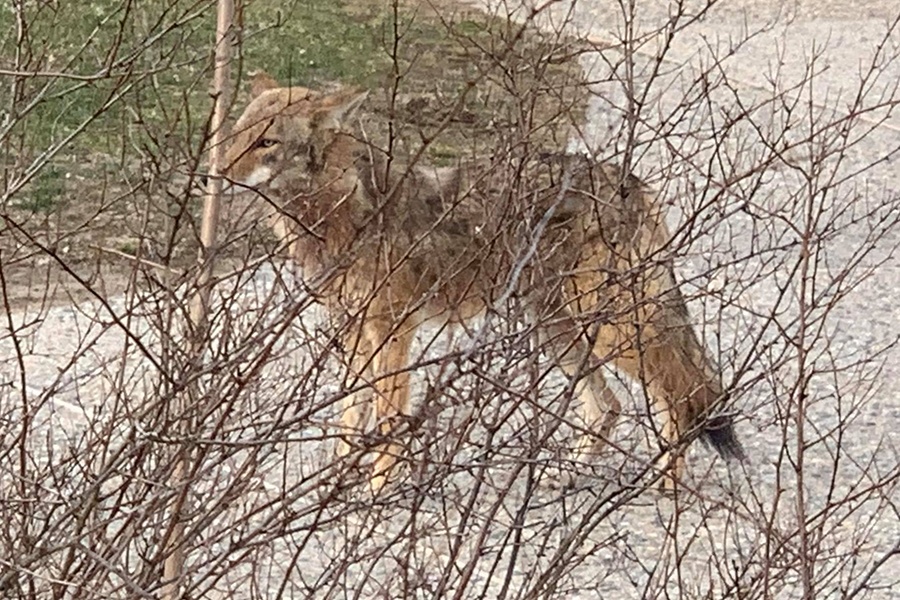 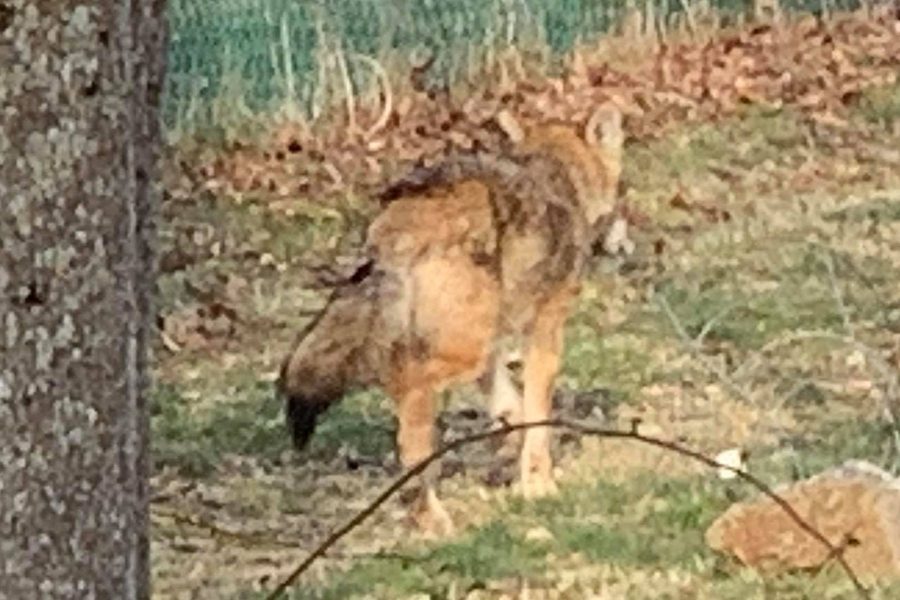 It appears turkeys haven’t gotten the memo that in-person meetings are cancelled.

Campus is closed, too, turkeys!

The turkeys are well on their way to taking over campus pic.twitter.com/WIMzJwCSYI

Squirrels, too, don’t seem to know—or care—that masks are in short supply, and should be reserved for medical professionals and others who need them most right now.

Squirrel with mask, outside of WVF from r/NEU

There’s no need for turkeys to yield for traffic these days—on the streets, or on the sidewalks.

Just went for a bike ride from Cambridge to Brookline during Rush Hour: The turkeys weren’t practicing social distancing, but Coolidge Corner was desolate. Seems quiet in Boston at least. pic.twitter.com/VXSCzx6NkM

In Boston, now that everyone is staying inside, all the TURKEYS are now free roaming the streets happily pic.twitter.com/ZbRXHmjx0H

Check out this traffic-blocking plumage spotted in Jamaica Plain on March 31. 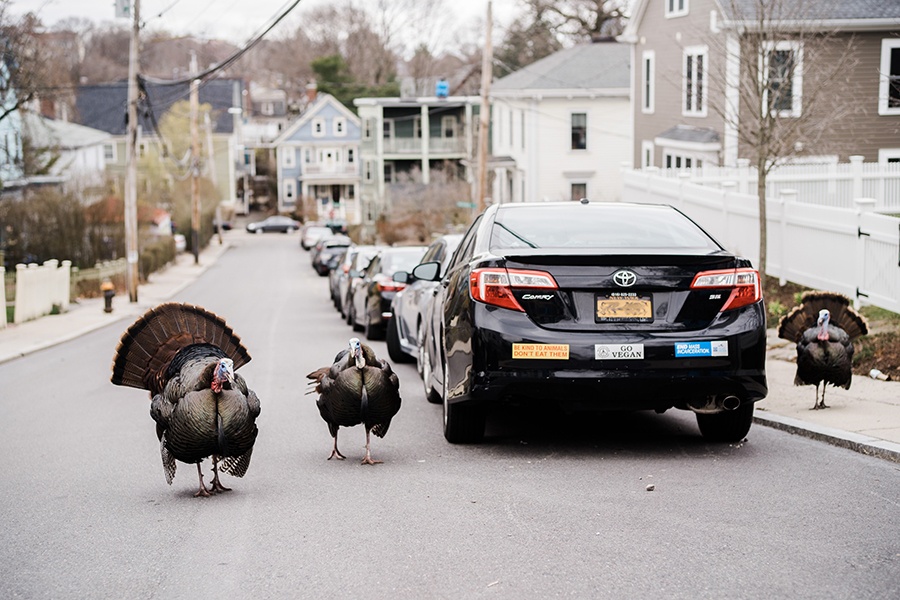 Video and photo by Chris McIntosh

These turkeys are helping themselves to whatever’s growing in Jamaica Plain.

MassWildlife encourages humans to try to frighten turkeys so they don’t get complacent in our spaces. Look at this unruffled bird, trying to break into German Consulate General administrative head Detlev Fiedler’s home. (The turkey did not successfully break in, the German Consulate confirms.)

Working from home is a new reality for many during the #coronavirus crisis and creates some challenges. One of our colleagues is currently dealing with a not very polite turkey, who has been trying to break in and apparently doesn’t care for #SocialDistancing. @TurkeyGangMA pic.twitter.com/C1y4U7MlNo

Animals aren’t behaving any differently—it’s just that we humans are so bored we’re noticing their wacky behavior. WBZ anchor Lisa Hughes reports that she watched this chubby squirrel eye birdseed on her outdoor table for several minutes, along with her husband, Mike Casey, who filmed this Oscar-worthy clip.

It’s come to this. At least our subject put on a show and stuck the landing. pic.twitter.com/IjKkRIbjpu

Yep, it’s just business as usual in Boston. This clip is from late February, before the pandemic shutdown.

This post was updated at 12:45 p.m. with insights from MassWildlife.