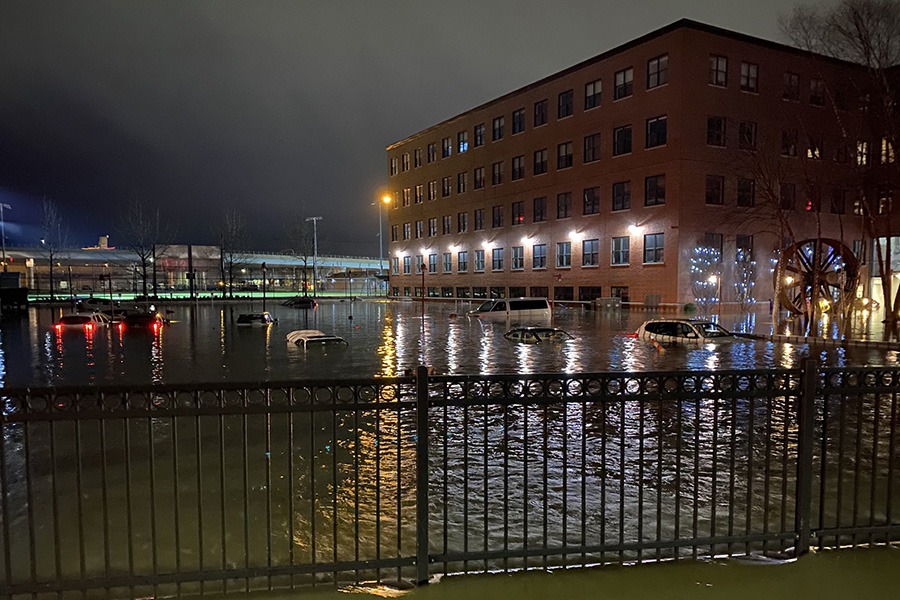 As if we didn’t all already have enough on our plates, South End residents got an extra helping of disaster Tuesday night when an overpressurized water main broke.

The break, which occurred around 9 p.m. Tuesday night, flooded streets and buildings and forced residents to break social distancing to evacuate. Video and photos from the scene show cars almost completely submerged in the water, and at least one vehicle had to be pulled out of a sinkhole that formed during the flooding. The street also buckled near 500 Harrison Ave.

By this morning, the water had dissipated, and crews were working to repair the damaged 30-inch pipe. Officials stated that some residents might be without power for at least 24 hours, and that tap water might be discolored.

Suddenly, sheltering indoors—away from terrifying disease and spontaneous sinkholes—doesn’t seem so bad. Anyway, if you glimpse outside and see more signs that the end is near (famine, pestilence, a meteor plummeting into the Esplanade, four ominous horsemen clopping down Newbury St., etc.) let us know.

At approximately 9:18 a major water leak at 500 Harrison Ave South End .The street has buckled,there are multiple cars under water.Streets in the area are flooded. pic.twitter.com/2GOv35rEpB

Owner of design studio on Harrison Ave shared these videos/pics w/ me. She says she was inside the studio when water from a water main break came gushing in. She is ok & has a great attitude despite her studio being under about 5ft of water right now 📸 Meichi Peng @7News #7News pic.twitter.com/3NLERzIgJv

BREAKING: Incredible video from the South End of #Boston where there has been a water main break.

Some cars at the corner of Harrison and Perry St are almost submerged.