Sorry, Parents: Boston Schools Will Not Reopen on May 4

You probably guessed this was coming, but Mayor Walsh made it clear today. 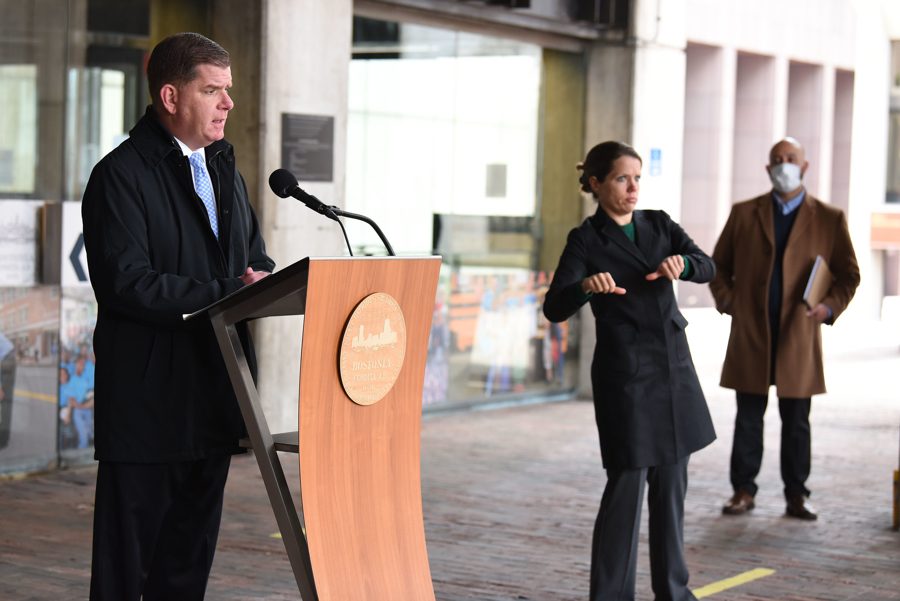 Apologies in advance to any parents who were clinging to the faintest hope that Boston schools might reopen by May 4, the date an order shuttering them is set to expire: In a news briefing on Monday, Mayor Marty Walsh made it very clear that’s just not on the table.

“I don’t think there’s any question that kids aren’t going back to school on May 4,” Walsh said, adding that he’s “not too confident that we’ll have school this year” at all.

Keeping schools closed for the rest of the school year was, frankly, all but a foregone conclusion. As Boston remains an epicenter of a state that is now considered one of the nation’s COVID hotspots, we’re still in the midst of some extraordinary efforts to slow the virus’ spread. The mayor said Monday that he’s already having a tough enough time keeping people from partying, meeting up for soccer games, and sneaking onto golf courses, despite constant pleas for Bostonians to stop socializing in person and to keep a safe distance from one another. This weekend, the city began dispatching trucks equipped with speakers to Boston neighborhoods to broadcast messages about social distancing and hygiene.

Still, the news is likely to sting for many in the city. Closing schools has been a significant hardship for parents who have had to arrange childcare during the day so they can head to jobs as essential workers, or who are now saddled with the task of overseeing their kids’ education while working from home, or who once relied on schools for a square meal each day.

When schools do reopen, possibly in September, the mayor predicts that school “could be a very different situation in the classrooms,” given new social distancing constraints. There were no further details about what that might entail.

You can watch the full briefing here: