The Busiest They’ve Been Since the Spanish Flu: Local Funeral Homes Brace for the Surge

From a lack of PPE to dealing with infected family members, dispatches from the “end of the line.” 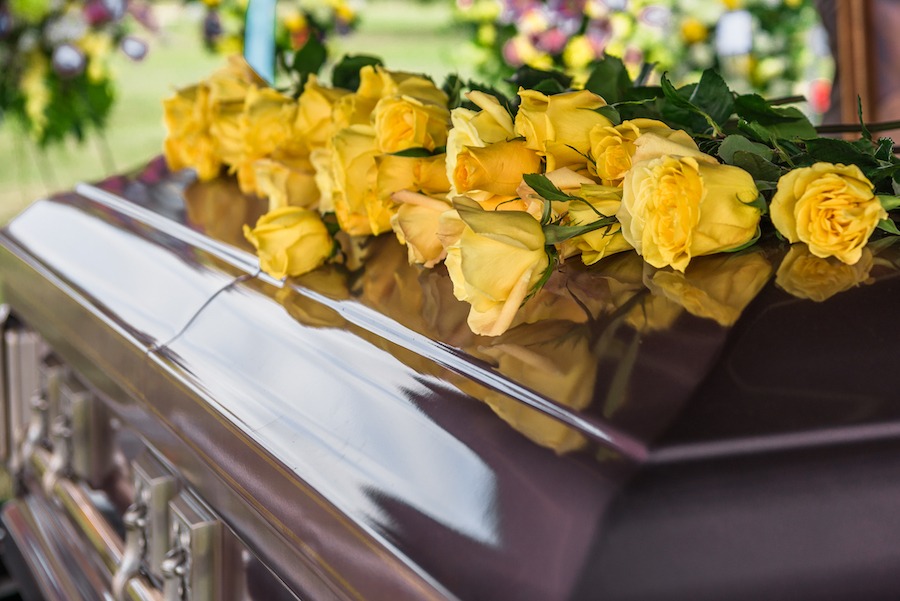 The coronavirus pandemic has not only upended the way we live in Boston, but also the way we die, with funeral homes facing unprecedented demand for services and families no longer able to mourn the way they used to because of limitations on public gatherings. With death tolls expected to double this week, we reached out to C.R. Lyons, a funeral director and the president of the Massachusetts Funeral Directors Association; Jonathan Raymond, a funeral assistant at Waterman-Langone at Boston Harborside; and William Spencer, proprietor of South Boston’s William F. Spencer Funeral Home, to talk about handling the surge, fears for their own health, and the hardest part of processing death under unprecedented circumstances.

How busy have you been lately?

Jonathan Raymond: I have been in the funeral service for 25 years. I have never seen anything like this. To give you an idea, our business has pretty much doubled in the past few weeks. And we still haven’t seen the worst of it yet.

William Spencer: I’ve been in the business for 40 years, and last week was the busiest week I have ever had, with eight cremations and five direct burials. I am not a big funeral home, so that’s a lot. We have been in business since 1896, and we went back in our log books from 1918 to see what kind of uptick there was then, and it was amazing—they were doing a couple more funerals every day. I would say this is the biggest jump in business we’ve seen since 1918.

And we haven’t even hit the peak of deaths yet. So what can we expect? Are we facing the possibility of what happened in New York, with bodies accumulating at morgues?

C.R. Lyons: It looks like from what I have seen that at the peak of people passing away we could see around 200 to 250 deaths a day from COVID-19, which is a staggering number. As a point of comparison, about 160 people normally pass away each day in Massachusetts, so 200 more deaths a day from COVID-19 is quite significant. We are fortunate that we don’t have the same density as New York does, but more important, the medical examiner here in Massachusetts has established a surge center. In the event that hospitals can no longer hold a decedent, they can be transported to the surge center and held there until they can be claimed by the funeral home that’s working with the family. In addition, there are regulations in the state that no one can be cremated for 48 hours after death, but the medical examiner has gotten a waiver so now as soon as all the legal paperwork is in order, cremations can be done. We were very fortunate that we weren’t one of the first hot spots for coronavirus, so we were able to look at what happened in Washington state and New York and prepare ourselves.

What dangers do funeral workers face when dealing with people who have died of COVID-19?

WS: They really haven’t said how long it lives inside the body, but I know they do testing after you die and it is still there to a certain point. So I would say there is a direct danger. I have a daughter who is an RN—they are the front line. We are sort of the end of the line.

CL: People who have died can still expel air, especially if you are moving them or preparing them for a viewing and getting them dressed. So we are even putting masks on them as we are moving them, just as one more precaution. As long as we have our appropriate PPE, we can do what we need to do with the deceased.

Speaking of which, do funeral directors and workers have the PPE they need?

CL: We have heard from members of our association who are running short. If one member stockpiled something like face shields, for example, they are sending face shields across town to funeral homes that need them. I have a box of masks I am holding for another funeral home that is running low. The Massachusetts Emergency Management Agency is delivering some of these supplies to funeral homes to help keep us operational. It is a small supply that will probably last the average funeral home about a week, but it is something. And we are constantly sourcing PPE online.

WS: I don’t have enough PPE.  I’m using masks over and over just like the poor nurses I know. I’m using gloves, washing my hands, beefing up on vitamins, drinking a lot of orange juice and water, and hoping for the best.

What about the living people who come into funeral homes, some of whom have lost relatives to COVID-19?

JR: The survivors we attend to are the biggest risk for us. When survivors come in to make arrangements, we are offering them facemasks and face covers as well as gloves. We do that at graveside, and we have done everything we can to limit our exposure to them and their exposure to us.

WS: I had a family come in here and when I called the hospital about their relative who died, they said, “That’s a corona case, did you know? That’s a corona family and they are supposed to be quarantined.” I called them up and said, “You weren’t even supposed to be in my building.” And they said, “Well, you are a funeral home, aren’t you?”  I was taken aback for a minute. “I’m like, yeah, but I’m a person.”

How has the limitation of gatherings to 10 people affected your industry and the people who are mourning?

CL: The 10-person limit includes funeral-home staff and cemetery staff and whoever is performing the service, so we are talking about very few people who can attend—sometimes two or three can go to the graveside service or come into the funeral home. People who are experiencing grief right now are having to experience it in a unique and painful way that most have never had to deal with before. But these limits on funerals are what’s making this surge manageable for most funeral homes. Because we are having such small services, the time we usually commit during the day to funerals is freed up for the work associated with taking care of the decedents.

JR: Because families can’t have visiting hours, they don’t get that initial outpouring of community support where people can show the family that they cared about their loved ones and they care about them. That’s the piece that is most difficult for us—that we can’t fulfill the needs family members have. Clinical preparation of a decedent is not anything challenging or mentally strenuous, but seeing families struggle with not being able to do what they would normally do, that’s the most challenging and disappointing aspect of what we do these days.