Will the Coronavirus Crisis Cause a Surge in Boston Divorces? 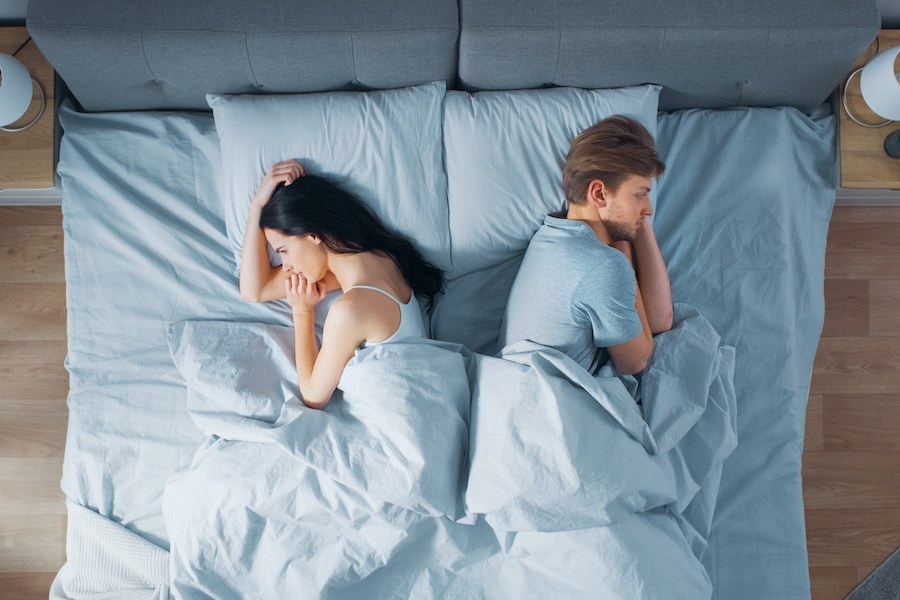 You’ve already heard the reports that came out of China: As populations in some cities began to emerge from quarantine back in March, a surge in divorce filings followed. Since we’ve been looking to other nations where the virus spread earlier for clues on how coronavirus will affect Americans, it makes sense to wonder if we’ll see an uptick in divorce cases here, too. Well, we set out to investigate with help from a divorce attorney, a sociology professor, and a couples therapist. The answer, it seems, is… maybe? One fact all three experts agreed on, though: Strong couples will grow stronger and closer through the crisis, and weak couples with preexisting issues will, in all likelihood, grow weaker and further apart.

Deborah Carr, a sociology professor at Boston University with a research focus on family roles and relationships, explains that many of the factors that lead to greater levels of discord—and, ultimately, the dissolution of a marriage—are being triggered for couples amid the coronavirus crisis. For one, “People are under a lot of financial strain. They’re losing their jobs,” she says. “Sometimes people will cope with that strain in ways that can threaten the relationship.” Another source of disagreement for many couples? Parenting. And in the current climate, diverging beliefs about child rearing are being spotlighted like never before. “If parents fundamentally disagree on how they raise their child, right now that’s a pressure cooker with parents and kids home all day, [having] problems with homeschooling, and struggling with discipline,” she explains. “That creates a strain on the marriage.”

In addition to the added stress that the crisis is placing on already unstable couples in particular, Carr also says tragic and difficult times like this tend to cause people to rethink the current trajectory of their lives in a more existential way. Whether or not one or both partners themselves actually face a near-death experience due to COVID-19, Carr says people may begin asking themselves if their current relationship is one they want to continue for the rest of their lives. “Some will come away incredibly grateful that they have a kind, supportive spouse, and others, sadly, are going to look at their spouse and say ‘No, I don’t think I want to spend the future with this person,’” she says.

Laura J Cervizzi, founder of North Reading-based family law firm Cervizzi & Associates, agrees. “In every walk of life, the end result [of this disease] could be death—the death of our loved ones, our friends, or ourselves. It’s reminding people of their mortality in a real way. And sometimes it’s the old adage, ‘If you had a week to live, would you be living your life the way you’re living it now?’” With added time together and for self-reflection, one or both spouses may finally come face to face with the recognition that they weren’t right for each other from the beginning, or perhaps got married for the wrong reasons, Cervizzi says. Others, meanwhile, may simply come to realize they’ve grown apart. In this instance, Carr cites the example of a rise in divorces after soldiers returned home from battle in World War II. “You saw a spike when one partner came back from service because when they came together, they realized they’d grown apart.” In some ways, this is similar to what couples—who, in modern times, are often distanced from each other physically (and emotionally) by work or social preoccupations—are experiencing while now isolated together at home. Spending significant amounts of time one-on-one, without outside distractions, might be enough to make you realize you don’t actually have all that much in common anymore.

Passing numerous hours confined in close quarters might also result in some partners realizing something else, Carr theorizes: the presence of infidelity. While you might think that cheating would decline during a stay-at-home advisory, Carr suggests that’s not necessarily true, given that many current-day affairs are actually carried out on websites and apps. Her theory holds water, too: Paul Keable—chief strategy officer at Ashley Madison, the infamous online dating service for those looking to embark on affairs—for instance, recently shared in an interview that amid the pandemic, the site has been averaging 17,000 new members per day, which is 1,500 more per day than last year at the same time. “If you’re under quarantine or in working-from-home situations with your spouse and not having [the] respite [of] going into the office and being away, people are going to look at this as an outlet, even if it won’t be a physical interaction, at least in the short term,” he explained, adding that the company would continue observing the numbers to see how COVID-19 impacts the business. And while infidelity continues virtually, there’s a whole lot more opportunity for one partner to actually discover an affair while at home for weeks to months on end. As Carr puts it, “You know if your husband is in the next room on the phone, because they can’t go anywhere else.”

While it’s clear that the effects of the ongoing crisis could give shaky couples the final push towards divorce, both Carr and Cervizzi acknowledge one significant factor, that, despite everything, might cause someone to rethink their desire to split: a financial crisis. “[The 2008 economic crisis] was the first time in 30 years that our phones didn’t really ring,” Cervizzi says. “The stock market crashed and the real estate market crashed. So it would scare a person to think, ‘If I filed for divorce what would happen if I can’t sell the house?’ That could happen this time, too. People may be thinking about it, but financially, they may be afraid to pull the trigger.” Adds Carr, “Divorce takes money and people might not be employed.” The sociologist further explains that couples with children might also choose to soldier on and not file for divorce as soon as they’re able to because of the stress and uncertainty their kids are already facing while separated from friends and out of school. “Divorce involves more change, so I think people might be weary of adding yet another layer of change for their kids,” she says.

Sufficiently bummed about the state of love in the time of corona? There’s reason to believe you don’t have to be. Yes, there are signs that point to a potential spike in divorce cases once society reopens, but there’s also hope for those in healthy, loving relationships. No matter how much you’re bickering over what movie to watch next on Netflix, or who isn’t doing their part to clear the sink of dirty dishes, as Cervizzi says, “People don’t get divorced because someone doesn’t clean.” Or, as Cambridge-based clinical psychologist Tamara Feldman explains, “What leads to divorce and what stresses the relationship are not necessarily the same two things.”

So yes, there are bound to be tense moments while you’re home with your husband or wife right now, but if you’re in a secure and nurturing relationship, there’s really no need to panic. For many couples even, this quality time is actually bringing a new level of contentment. Citing her own personal experience, Cervizzi says she and her husband are making memories together, as well as with their two young adult children, that they wouldn’t have opportunity for under normal circumstances. “On Sundays we put music on and cook a good breakfast, and on Saturday nights we have some drinks and cook a dinner,” she says. “I think there are ways that families that are more intact might say, ‘I really appreciate this.’”

Feldman says scenes like this one, and not worrying anecdotes that signal relationship demise, are actually what she has been hearing time and time again from the clients she has seen in her practice over the past few weeks. “I think it’s true that this is leading to greater distress for some couples, but I also think it’s true that couples are being brought closer together,” she says. “There are some couples that actually think this is helping their relationship because they’re finding new strength in [it] and a new appreciation for each other.”