Students were looking for a way to connect in an era of college closures and social distancing. 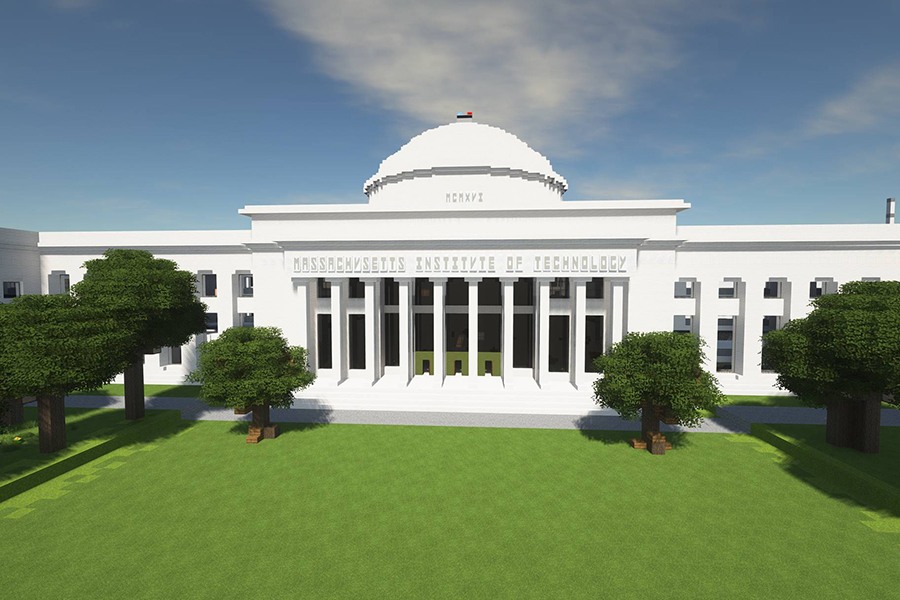 Even before in-person classes were canceled and the stay-at-home advisory was issued, escalating concerns about coronavirus had MIT students buzzing. As it became clear that social events were going to be upended, students were determined that Campus Preview Weekend—a beloved university tradition that allows high school seniors to visit MIT and get a glimpse into student life—still had to happen in a virtual capacity. But how?

“Everyone packed up their belongings and left campus, and a lot of people were self-isolating because we didn’t want to get our families sick,” says Shayna Ahteck, a freshman involved in the project. “There was a week of no classes, and everyone was online.” That’s when sophomore Jeffery Yu was inspired to set up a server to put the Minecraft project into motion. Yu shared it in Discord, the chat platform the university uses, and a handful of people logged on and started building.

That was a month ago. Now the model campus, which has since migrated to a much larger server, contains dozens of highly detailed replicas of MIT buildings, from the Great Dome to the Infinite Corridor, all constructed by a team of over 200 MIT students, professors, and university affiliates. The game has hosted campus tours, capture the flag games, dorm parties, and yes, the beloved Campus Preview Weekend, logging 788 unique visitors since its first day. The team of moderators who spearheaded the project from its beginnings are already in talks with the MIT Museum about preserving and displaying the virtual campus as an artifact. 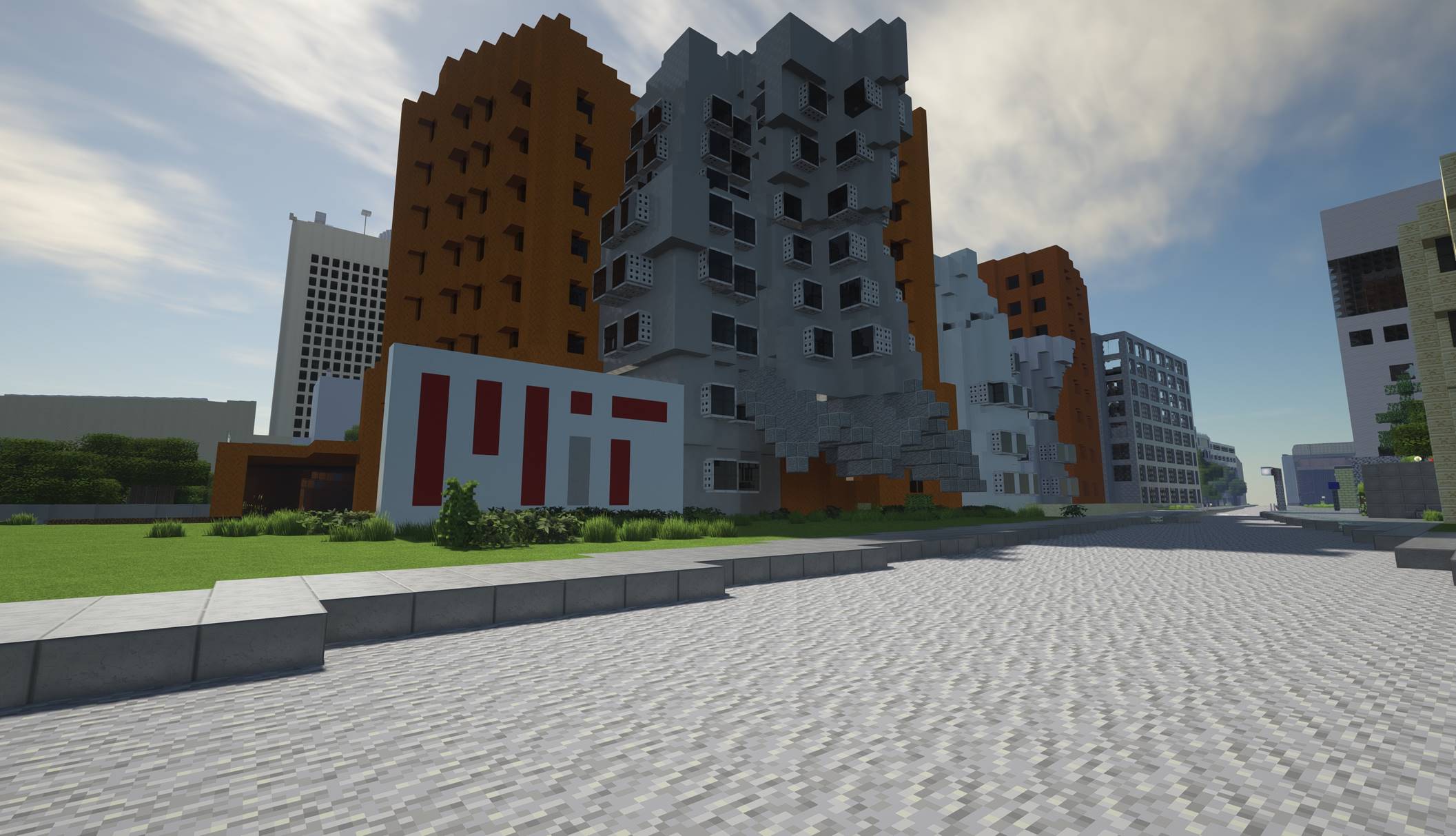 For those of you who have not had the distinct pleasure of watching your fourteen-year-old cousin wield his pickax and hunt gold ore for literally hours, here’s how Minecraft, the bestselling video game of all time, works: You and your blocky friends explore a blocky world and build things, out of blocks. Think LEGO, but digital. While it’s nothing new to recreate local landmarks in Minecraft (here’s Faneuil Hall and Fenway Park, for example), the MIT model, unsurprisingly, goes above and beyond. It’s built roughly to scale, with one Minecraft block equalling one meter. Buildings are not only replicated on the exterior, but on the interior too, with fully-detailed hallways and classrooms. The student builders even gained access to some of the original building plans in the MIT archives to guide them in Minecrafting the campus’s most iconic buildings.

“The architects probably didn’t think that their plans would be used in this way, and they’re probably rolling in their graves. But you know what? It looks good!” Ahteck says.

The campus’s wonky architecture doesn’t always lend itself well to Minecraft’s building blocks, and some buildings are requiring extra creativity. The first structure completed on the map, for example, was the Kresge Auditorium, famous for its Eero Saarinen-designed spherical shape. The builders had to use a geometry plug-in to figure out how to build the sphere using cubes. The same plug-in came in handy when designing the campus’s iconic Great Dome. 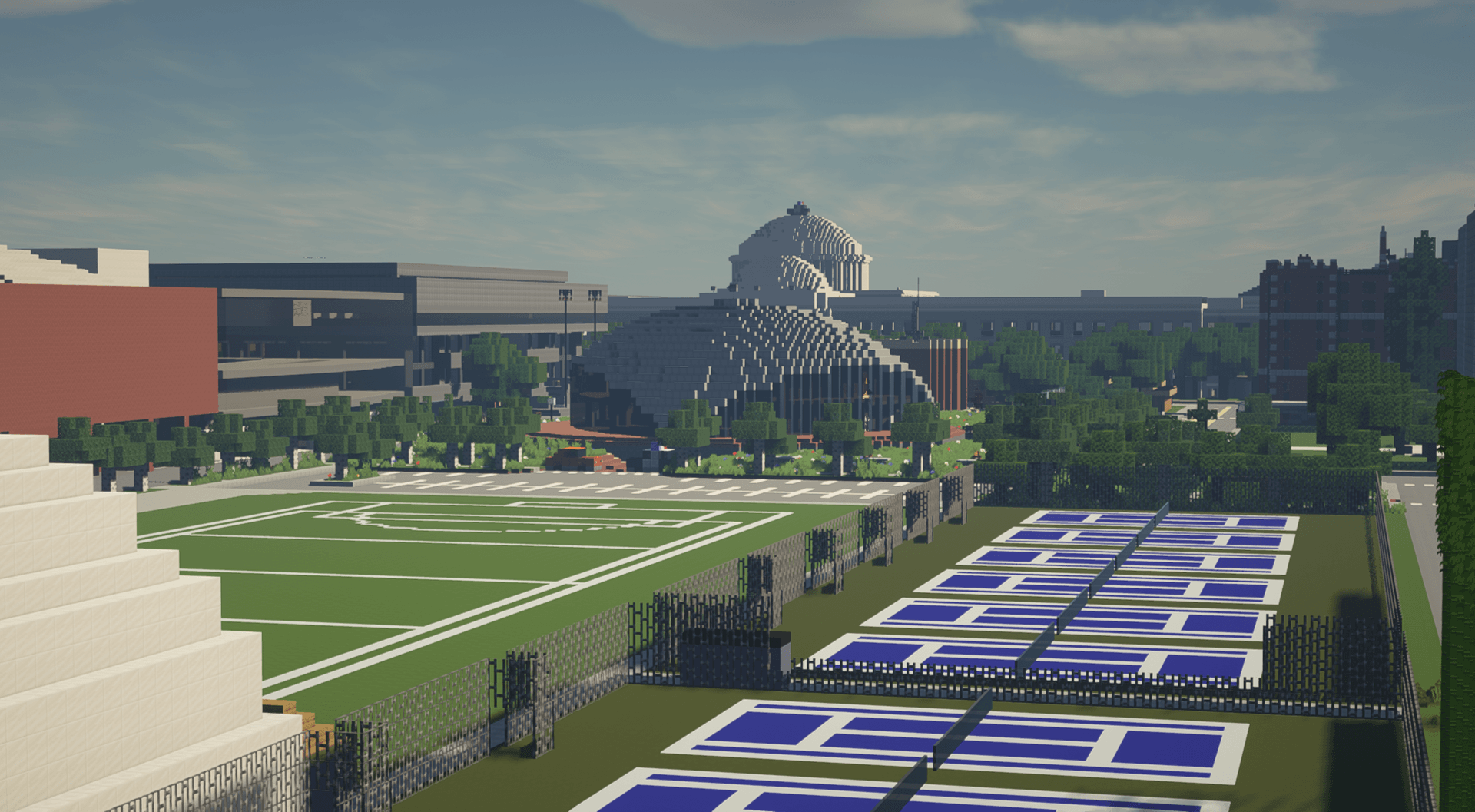 The student builders aren’t just focusing on the buildings made by famous names, however. Students are taking just as much—or perhaps even more—care with the campus landmarks that mean the most to them. The first building that Ahteck constructed, for example, was McCormick Hall, the campus’s only all-female dorm. “I was concerned it wouldn’t be represented because of possibly low interest in Minecraft from my dorm,” Ahteck says. So, Ahteck recreated McCormick entirely from memory, and even threw in a working elevator shaft as a nod to the building’s famously tempestuous elevators.

This isn’t the only nod to campus culture woven into the fabric of Minecraft MIT. The school is well-known, for example, for its tradition of campus “hacks,” or extensive, clever practical jokes. One of the most famous was a 1994 hack, in which someone placed a police car atop the campus’s Great Dome. It probably shouldn’t have come as a surprise, then, when the MIT Minecraft moderators logged on one day to find a tiny blocky police car atop their virtual dome.

The moderators are quick to point out that Minecraft MIT is not a replacement for actual campus life in any way. Nevertheless, Ahteck says that being able to work on a massive project like this has helped to fulfill something students miss when they leave campus: MIT’s intensely collaborative culture.

“MIT is a lot of the grind,” Ahteck says. “The classes are admittedly hard, and a lot of the problem sets and homework are designed so that you are collaborative, so that you can’t get through things alone. And while not being physically present with people, it’s been a lot harder.”

So, while a screen capture of your Minecraft avatar next to your friends’ Minecraft avatars is no substitute for graduation day photos, and a dorm room party is ostensibly more fun IRL, MIT’s virtual campus can provide students with something that everyone is craving right now—a way to reach across social distance and make connections. One of the most exciting additions the moderators have made to their virtual campus, Ahteck says, is a feature called proximity-based chat. Essentially, the feature allows players to chat with each other when their avatars are within close range, like walking past each other on a path through campus or sitting in the same classroom—in other words, what the student body would do in real life, had the school year not been cut short.

“There are no more casual interactions when we’re at a distance,” Ahteck says. “Everything feels so forced and deliberate; you have to schedule Zoom meetings. So being able to meet in a virtual space and have some kind of social interaction, even while being socially distant—it’s just really important to a lot of students.”