Somerville Is Upping the Ante on Mask Enforcement

According to a new rule in the city, people out in public without a mask could face a $300 fine. 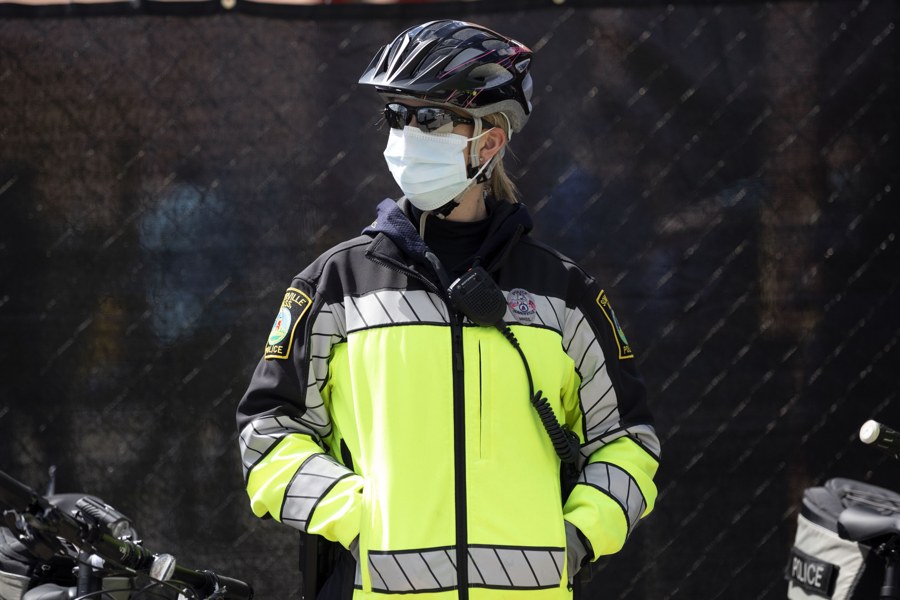 Update: Later on Monday, Cambridge announced a similar crackdown, and officials in Peabody said the town would mandate masks in businesses, but not on public streets.

You’d think that everyone in Massachusetts, a state widely considered a COVID hotspot, would understand the necessity of strapping on a mask before heading out in public. But if you’ve walked around a city sidewalk or a grocery store recently, you know there are still plenty of holdouts—those who somehow either don’t know or don’t care that health experts have said universal mask-wearing is needed to curtail the spread of the virus when social distancing isn’t possible (and no, we don’t mean the people not wearing them because they can’t).

Short of yelling at our mask-less neighbors and fellow shoppers to smarten up (which you really should not do), there’s not much we can do to force the least responsible among us to follow public health guidelines. So Somerville is upping the ante: On Monday, Mayor Joe Curtatone announced that, starting this week, his city will enforce a policy mandating that everyone who steps outside quarantine will have to don a face-covering, or else potentially face a fine. Earlier, the city’s policy on masks had been a more toothless “advisory.”

“I know this feels strange for many of us, but it is the best way you can prevent yourself from inadvertently spreading coronavirus to others when you’re out in public,” Curtatone says in a statement. “Not everyone who has COVID-19 shows symptoms. You can be carrying the virus and infecting others without knowing. No one wants to be the one who infected the grocery store clerk, or the hardware store stocker, or the family out for a stroll. Wearing a mask is one way to avoid that.”

Starting Wednesday, face coverings are required in all public spaces in #Somerville. Can be a medical mask or a piece of cloth, just cover up. It will prevent the spread of #COVID19 to our most vulnerable residents.https://t.co/wMrS6vlCn3 pic.twitter.com/1HgvjHsUhz

The rule will kick in on Wednesday for every conceivable space a person might share with others, including parks, sidewalks, common areas in buildings, and grocery stores. It also applies to people running and biking in the city. It does not, however, apply on MBTA trains and buses, or in ride-sharing vehicles passing through Somerville (although, if you’re not wearing a mask on the T or in an Uber and you could be, what’s wrong with you?). Restaurants, pharmacies, and other businesses that remain open will be required to post notices outside their entrances alerting customers about the rule.

People who are unable to wear a mask due to some other medical condition will be allowed to go without one. But those who can must wear either a standard face-mask or a homemade one fashioned out of “scarves, bandanas, or any piece of clean cloth,” the city says in its release.

As for penalties, Curtatone says there will be a one-week grace period, during which police will begin by issuing informal reminders to people, and handing out masks to some people in need, an approach that the city described in a press release as “compassionate policing.” Eventually though, mask rule scofflaws will be subject to written warnings or $300 fines. In a statement, Police Chief David Fallon called fines “a last resort.”

Ultimately, it shouldn’t take the threat of police intervention to get you to keep your mouth covered. As public health officials have told us, wearing a mask provides you some protection from the virus, but serves primarily to protect other people from you, in case you happen to be infected. We now know that many people who are infected with the virus right now have no symptoms, and may never know they’ve had it. So please: Wear a mask!