Scientists at Penn State are calling for 20 named storms in the Atlantic. 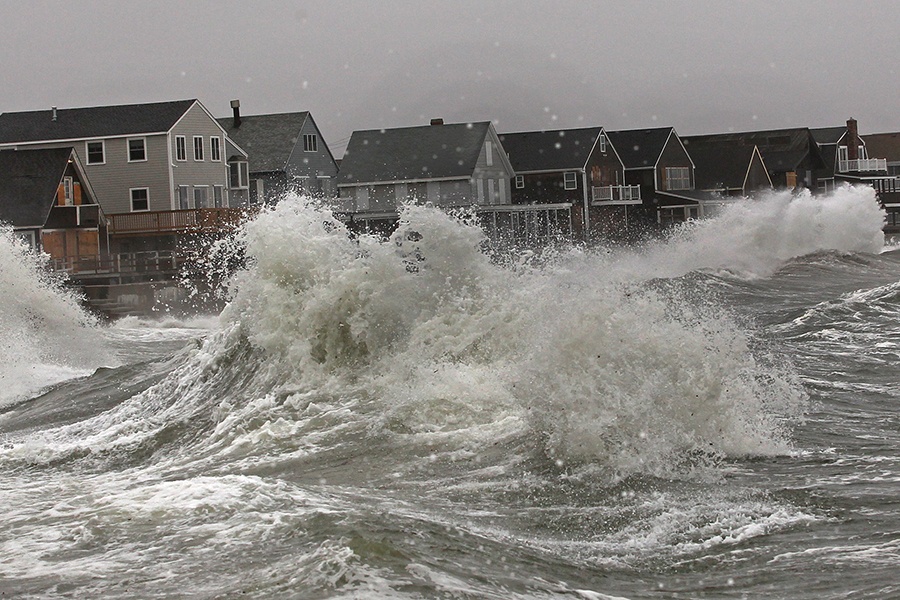 While you probably stopped checking the daily forecast around the time you gave up on putting real pants on (so, weeks ago), here’s a reminder that weather is still in fact a thing that exists outside the walls of your quarantine zone: Several major forecasting centers are now predicting that this year’s hurricane season, which stretches from June 1 to November 30, will be more active than usual.

The latest predictions come from Pennsylvania State University’s Earth System Science Center. Scientists there are calling for 20 named storms in the Atlantic this year (the 30-year average is 12). A tropical storm typically earns a name from the National Hurricane Center  when its wind speeds reach 39 miles per hour. If 20 named storms do occur this year, 2020 would become the second most active season on record in terms of the number of storms.

Models from Colorado State University, AccuWeather, the Weather Channel and the University of Arizona are also projecting above average numbers of storms (16, 14 to 18, 18, and 19, respectively). These groups are all also forecasting that there will be both more hurricanes and more major hurricanes—hurricanes that are Category 3 or stronger—this year. The University of Arizona forecast is particularly notable, projecting 10 hurricanes, which is four more than the average six, and five major hurricanes, three more than the average two.

So, as we progress toward the summer, it’s pretty critical that cities start to plan for how to manage a simultaneous pandemic and hurricane. “If a hurricane came through New England, and it were like the ones we saw in the 1950s and ’60s when we had days without power and people had to be put in shelters, that would be problematic,” local meteorologist Dave Epstein says. “Obviously we don’t want to add a weather event on top of a pandemic.”

Jeff Schlegelmilch, deputy director of the National Center for Disaster Preparedness at Columbia University’s Earth Institute, told CBS News that, if a hurricane did make landfall as the U.S. continues its battle against COVID-19, “The ability to respond will be severely hindered.”

“Each of these disasters stretch the limits of our ability to respond. Multiple major disasters is an unfortunate new reality that we are not ready for,” said Schlegelmilch.

However, while it’s significant that these institutions are all largely in agreement about what hurricane season has in store this year—and preparation for compound crises is certainly overdue—Epstein emphasizes that it’s also important to remember that these are models, and that their predictions are certainly not iron-clad. While New England is technically overdue for a hurricane, Epstein says, that does not mean that this will be the year one makes landfall. “[Models] are better than flipping a coin,” he says. “They certainly have some validity to them. But that doesn’t mean that they’re going to happen.”