A new effort is underway to more accurately count the state's cases. 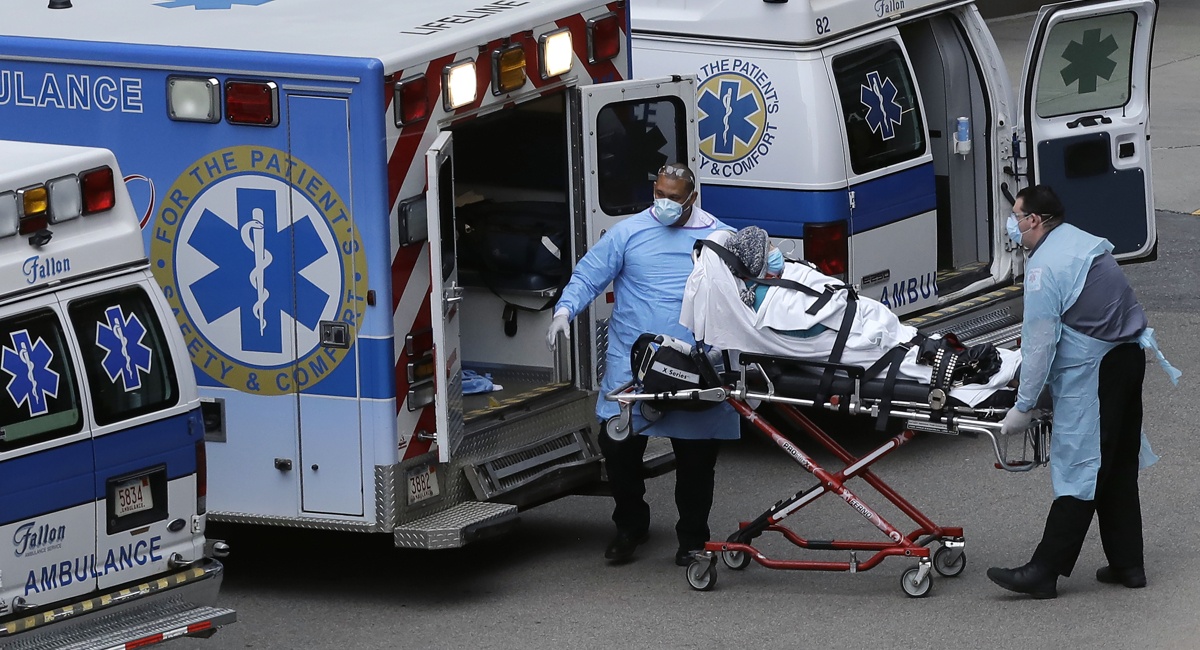 Medical personnel wearing personal protective equipment out of concern for the coronavirus remove a person from an ambulance near an entrance to Massachusetts General Hospital, in Boston, Monday, April 20, 2020. AP Photo/Steven Senne

The warnings have come again and again over the past several weeks: The official count of confirmed cases of COVID-19 is not what it seems. Month-to-month death totals show spikes that far outpace existing data on virus-caused fatalities. Antibody tests suggest neighborhood infection rates as high as one-in-three, far outpacing the number officially confirmed by nasal swabs. People wary of leaving home to seek treatment for any illnesses—pandemic-related or not—may choose to ride out their symptoms at home and may never get official confirmation of what ails them. Without a massive effort to swab every single person in Massachusetts all at once, which would be impossible, it seems the best we can do is make an informed guess about how many people have been touched by this thing, and what we should do in response.

So a new effort to make that guess more accurate may produce some shocking figures, but they shouldn’t come as a surprise. State public health officials now say they are working to count even unconfirmed COVID-19 cases in pandemic-tracking data, and expect to see the official numbers jump upward as a result. The new approach will see those with milder symptoms, or those who have not been tested and do not meet more stringent criteria for classifying illnesses as COVID, added to the tally in hopes of better tracking and responding to the spread of the disease.

In aggregate, more accurate data can give us a look at how the pandemic is trending overall. But the specifics of the results from the tests themselves, it seems, don’t tell us very much. There just aren’t enough tests to tell us conclusively who has had the virus and when, and how they got it, and where.

On the small scale, tests can provide even more of an impetus for some to self-isolate at a time when everyone is already being told to stay home as much as they can anyway. A positive test can confirm for someone feeling sick that what’s causing their symptoms is the virus, or prompt them to quarantine away form family members or stop going to the grocery store. It can be used to identify, after an outbreak, which employees can safely return to work, like we just saw at a Walmart in Worcester. Or it can be used to test everyone in an enclosed space, like in a Worcester rooming house where 18 of 58 residents were found to be COVID-positive, to inform last-ditch efforts to keep down the total number of people who get sick.

Overall, though, this remains a mysterious, mischievous monster of a virus, which can both kill youthful 30-somethings and children, but also apparently linger in people’s systems without ever causing symptoms at all. Some models suggest as many as 2,300 people had already been exposed to the coronavirus before Massachusetts even noticed its first case. Especially as the weather gets nicer, and the urge to break quarantine gets stronger, we should keep that in mind.