Is It Really the Fourth of July in Boston without Fireworks?

The tradition will not go on as planned, but the Boston Pops has a backup performance for the big day: A "Salute to Our Heroes." 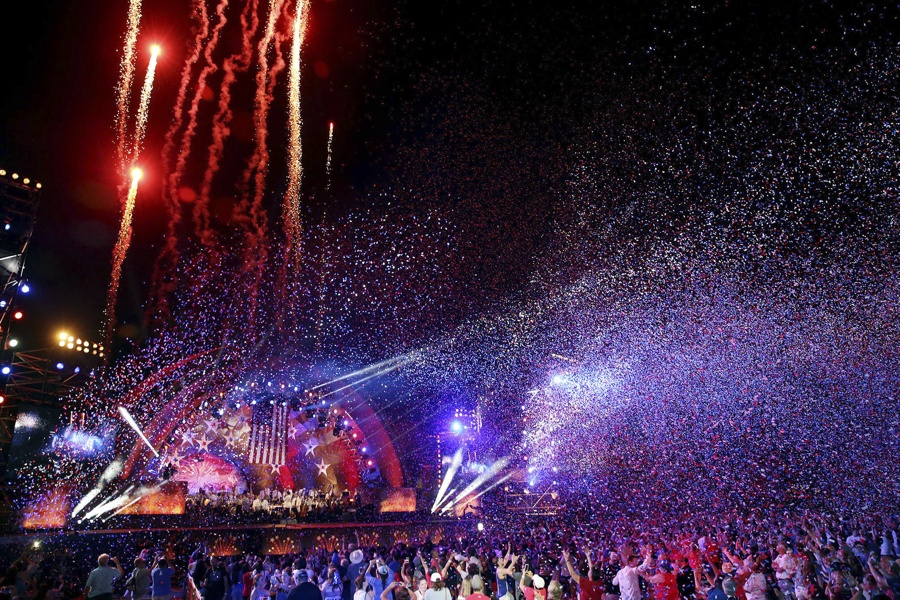 07/04/2016 -Boston, MA- during the Boston Pops Fireworks Spectacular at the at DCR Hatch Shell on the Esplanade in Boston, MA on July 04, 2016. (Craig F. Walker/Globe Staff) section: Metro reporter:

I’ve long since internalized a lot of the sacrifices that come with controlling the spread of the coronavirus, many of which include some of the marquee events that make Boston a city I love. Each cancelation has brought new heartache—there would be no communal St. Patrick’s Day revelry, no Boston Marathon, and no Boston Calling—but such is life in a pandemic. We just can’t have crowds of tens of thousands of people standing shoulder-to-shoulder right now, and probably won’t be able to for some time.

But fireworks on the Fourth of July? Some part of me was willing to believe that at least this, a time-honored tradition whose main event is a mid-air spectacle that can be safely seen for miles, might be spared. But looks like it wasn’t meant to be, either. The Boston Symphony Orchestra announced today that this year’s fireworks and Boston Pops spectacle will not go on as planned.

Instead, the Pops says it will air a pre-recorded Independence Day broadcast called “Salute to Our Heroes,” complete with some new content and some highlights from years past, all of it dedicated to the frontline health workers getting us through this crisis, as well as those who have died of COVID-19.

“All of us at the Boston Pops are pleased to have this opportunity to pay tribute to the many and various frontline workers who have been the glue holding our communities together since this health crisis began, and to honor those who have lost their lives due to the coronavirus,” Pops Conductor Keith Lockhart says in a statement. “While disappointed not to be able to present our traditional live concert on the Charles River Esplanade, we are putting all our energies into developing a truly special commemorative broadcast event.”

As much as it stings, this is simply how it has to be. Even if the city were to close off the most popular areas for viewing the fireworks, like the Esplanade, it would be all but impossible to stop people from cramming into some of the other better spots for watching the show, like the pier near my apartment in Eastie that on non-pandemic Independence Days is packed with gawkers.

“There are risks with any large gathering at this point,” said Roger Shapiro, associate professor of immunology and infectious diseases at the Harvard TH Chan School of Public Health, when I asked him about fireworks earlier this week. While he declined to offer specific advice to city officials on what to do, he said a display like that might prove “too tempting” for people who might opt to swarm the best viewing areas, and could “create excess risk” when that’s the last thing we want these days.

For that reason, the cancelation in Boston was preceded by a slew of others in the region. Plymouth canceled its fireworks plans last week. Somerville officially pulled the plug on its fireworks early, at the beginning of April.

Whether to call off the fireworks has been a question weighing on local officials across the country, says Julie Heckman, executive director of the American Pyrotechnics Association, a trade group that represents the 250 companies in the fireworks business who supply an estimated 16,000 Independence Day celebrations nationwide each year. “It’s somewhat of a mixed bag in terms of what we’ve been seeing” in terms of cancelations, she says.

Boston Mayor Marty Walsh had cast doubt on the possibility of fireworks this year several weeks ago, and said in a statement that although the traditional fireworks and performance “are not possible this year,” he still encouraged Bostonians “to embrace this year’s celebration with us, as we mark another moment in our nation’s history.”

Meanwhile, some cities are still forging ahead. Despite the severity of the outbreak in New York, Mayor Bill de Blasio was emphatic last month that the city’s fireworks display would go on “one way or another.” Same goes for a fireworks show scheduled at Mount Rushmore, which the president plans to attend. Others have already called the fireworks off, and others are considering alternate plans, like letting the show go on but allowing crowds to watch them only while safely inside their cars. Some have postponed their Fourth of July spectaculars and plan instead to use fireworks for big bashes on Labor Day.

So if all else fails, we can always decide to push things back to better and brighter days. “When COVID goes away, this nation is going to be ready to celebrate,” Heckman says, “and firework shows are going to be in very high demand.”