On the front lines of the state's closely watched program, a small army of people are making difficult phone calls every day. 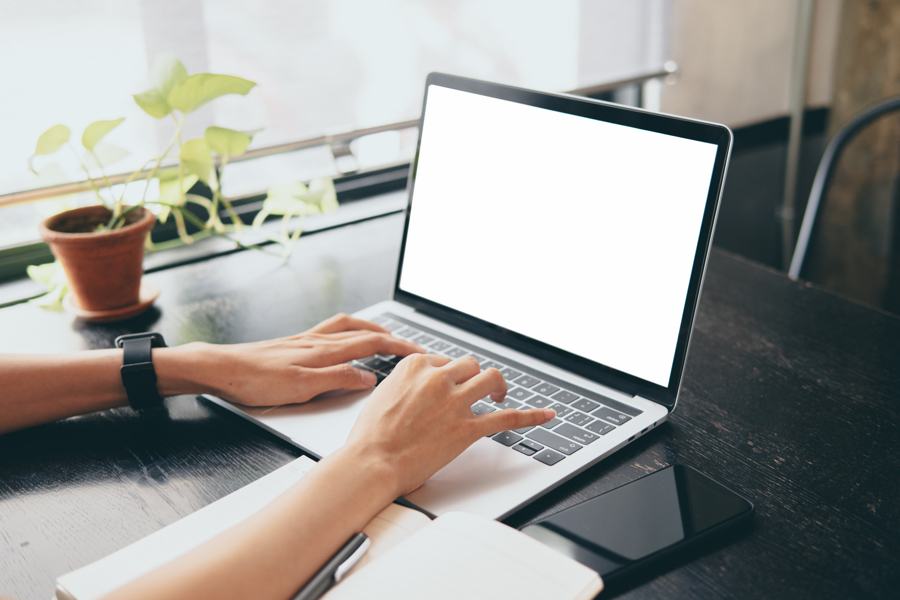 Former Boston nurse Celia Gillis really wanted to get off the sidelines. So in April, the Martha’s Vineyard resident joined the ranks of Massachusetts’ ambitious contact tracing program, an initiative that has served as a model for the rest of the country as states try to track the spread of the virus and notify anyone who may have been exposed. It’s not an easy job, nor is it straightforward: A contact tracer’s responsibilities include calling up patients who’ve tested positive for the novel coronavirus, advising them how to self-isolate at home, then getting them to reveal the names of people with whom they’ve been in close contact. Then other contact tracers are tasked with notifying those people, then identifying their close contacts.

Often, as you might imagine, people aren’t thrilled to receive these difficult phone calls, assuming they don’t refuse to pick them up altogether (quick reminder: if you get a call from an 833 or 857 number you don’t recognize, answer it). So Gillis says it takes a “personal touch” to drive the message home. That’s the task she and about 1,600 others are undertaking from their homes, calling about 10,000 people each day. They’re on the front lines of an effort led by Partners in Health, the Department of Public Health, and local boards of health that will play a vital role in controlling the spread of the virus as the state begins the process of reopening.

This is what it’s like to do this work, in Gillis’ own words. 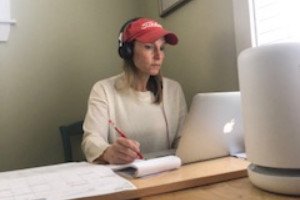 I was a nurse many years ago before I had kids. When all this happened, I was kind of sitting around doing nothing and really wanted to do what I could to help. I saw one of the governor’s press conferences saying they were starting this initiative, so I went on the website and signed up. So I ended up being in the first group of contact tracers that they hired back in April.

I work the 8 a.m. to 1 p.m. shift. Each day we log into this really impressive software program that the cases get logged into, which tracks cases and has basically an unlimited amount of resources to answer questions people might have. So, say someone is a bus driver or a home healthcare aide, it tells us how to handle each of those situations, and give people the best advice we can. I work specifically for a Boston group as a contact investigator, so I call people who have had a positive test. I go through the list and start calling people, making sure they have all the resources they need, finding out who they might have been in contact with. I just keep calling people until my shift is over.

I’ve talked to at least 100 people so far. Each call takes 30 minutes to an hour, depending on the needs. There’s a script that we follow, but nothing goes according to the script. Everybody has their own issues, and their own questions. Everyone’s unique. It’s been eye opening. You have to sort of establish a relationship with them before you start asking for names and phone numbers, because sometimes people don’t want to share that information with a stranger. So you start with a larger conversation. What are their symptoms? What difficulties are they having? What can we do for them? We’re asking so much of them. Like, “We just need you to stay home for 14 days.” That’s a lot to ask for some people! People need medication, so we coordinate with local health care centers. We’ve gotten diapers for people, deliveries from food pantries. By the time you get to the part where you’re asking about contacts, they’re more comfortable with you and they understand that we’re here to help, too, we’re not just trying to get something from them.

A “close contact” is considered people who’ve been closer than six feet for over 15 minutes, 48 hours from either their first symptoms or from their positive test. For trips to the grocery store or post office, or picking up takeout, the exposure is limited so that’s not information we collect. In the beginning, you’d hear people had three or four contacts, co-workers and so on. But now it’s mostly people in their own home: their mom, brother, sister. Which is a good thing. It means people are staying home. That may change when the state opens up a bit more.

When I was first making calls, you know, maybe a coworker gave us their name and number, and people really wanted to know: Who told them? Who tested positive? Who were they close to? It was hard for people not to be able to access that information. Sometimes people we call have no symptoms. They’re like “I don’t feel sick.” So it can be a lot for people to grasp that we still want their contacts even though they don’t feel sick. Some people are frustrated and angry. As time has gone on, I think people have been much more willing to take our advice and stay home. Maybe they know someone who’s gotten sick, and that’s the difference between then and now.

You follow up with them every day of their isolation or quarantine. That was a big surprise to me when I started. I assumed you have a list of people, you call them, and you move on, but that’s not how it works. It’s comforting for them, ultimately. One of my contacts did not want to talk to me, but you could hear his wife on the other end saying, “Just talk to her!” So he got on the phone. So I just said “I’d be happy to call you back,” and he said yes, so it ended up being reassuring to him to have somebody to answer a question or check in on them. I think somebody reaching out to them and talking about what they need to do has been valuable—just that extra reinforcement of not only reading about this in the news, but hearing it from someone who’s actually calling you personally. “I’m calling you to tell you this, and I’m also going to be there with you as much as I can, and I’ll keep calling until you’re better.” That makes a big difference.

Every once in a while you get someone who is doubtful of the whole program, or angry, or don’t want us in their business. They don’t want to share their contacts or they don’t trust you to keep them anonymous. Very few say they don’t want to give us information. But in those cases I say, “Well, OK, I understand you don’t want to give me your contacts, but can I call you back and check on you in two days?” I haven’t had a single person say no. In more than one case I call back and reiterate why this is so important, and they open up. So I think it takes a personal touch. I think a background in nursing and working with vulnerable people in vulnerable situations has helped making them feel you genuinely care about them.

I’ve been pleasantly surprised with how much people are really trying to do all they can. I had one young man in his early 20s who tested positive and his mom had underlying health issues and he didn’t want to infect her, so he went to live at the field hospital in South Boston for 14 days, until his isolation was complete so she wouldn’t be exposed. I was amazed. That wasn’t something we told him to do, but he sought it out himself. So I think when the resources are there, and the communication is there, people want to try to do the right thing.