This was the fourth evening that Boston residents took to the streets in the wake of the death of George Floyd. 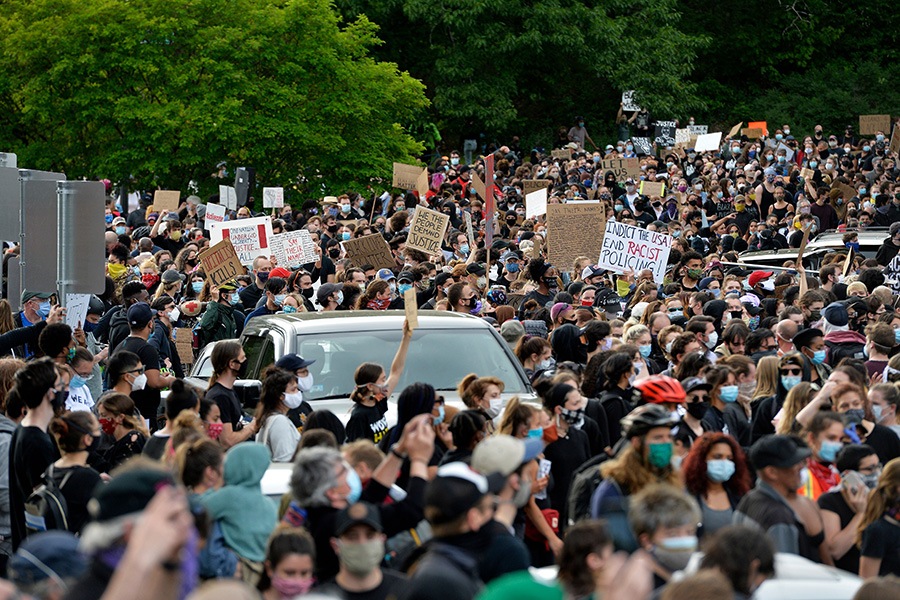 People march in a peaceful movement to protest the death of George Floyd and other black lives lost to police racism across the US at Franklin Park in Boston, Massachusetts on June 2, 2020. Photo by JOSEPH PREZIOSO/AFP via Getty Images

Tuesday, thousands of protesters, with face masks and signs in tow, peacefully marched from Blue Hill Avenue to Franklin Park as part of the city’s fourth day of demonstrations denouncing police brutality against Black people. The event, organized by the groups Violence in Boston Inc. and the local chapter of Black Lives Matter, comes a little over a week after the death of George Floyd, the Black man who was killed in police custody in Minneapolis.

Just an incredible scene in #Boston‘s Franklin Park where thousands of people are peacefully marching. This is the view from #Sky5: https://t.co/azjujPKrtg #BostonProtest pic.twitter.com/r6K46VI3Ie

BREAKING Blue Hill Ave is being shut down with a die in: 8 min 46 seconds, to commemorate the killing of George Floyd. Protestors want legislation to reform policing. pic.twitter.com/A0TqYFo821

Aerials of the ‘die-in’ on Blue Hill Avenue for George Floyd. Protesters are on the move through Franklin Park now in #Boston #WBZ pic.twitter.com/hD3AsPp7lr 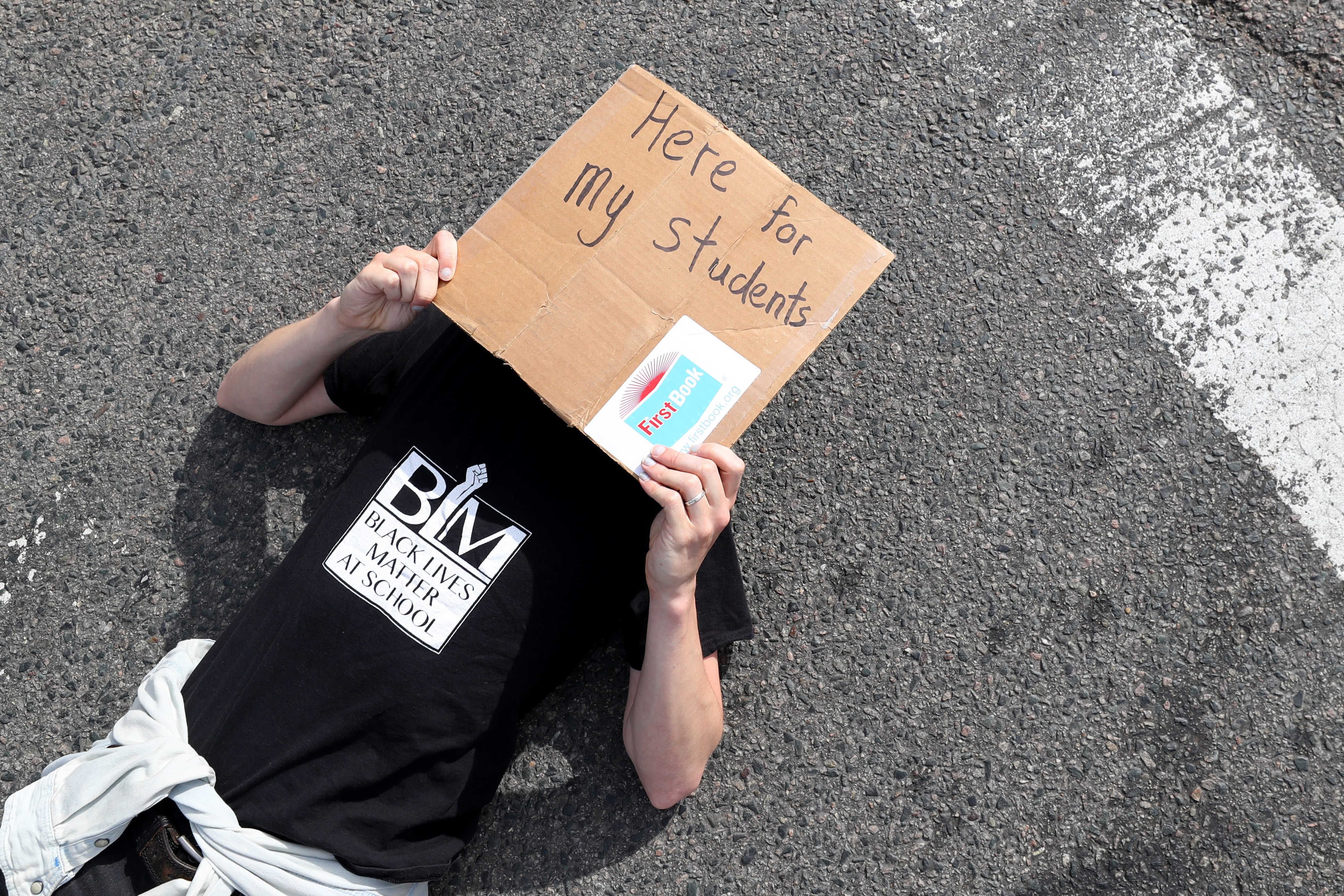 A demonstrators attends a protest organized by Black Lives Matter in response to the death of George Floyd, an African American, at the hands of Minneapolis, Minnesota police, on June 02, 2020 in Boston, Massachusetts. Photo by Maddie Meyer/Getty Images

Then, the crowd of protesters marched to Franklin Park for a vigil and rally.

Large #BlackLivesMatter protest happening now. Thousands are at Franklin Park. There will also be a vigil to honor #GeorgeFloyd #AhmaudArbery #BreonnaTaylor

This is the 4th protest in Boston since Friday. Watch @7News for continuing coverage. #GeorgeFloydProtests pic.twitter.com/eQHcKjXLNu

Monica Cannon-Grant says she’s not worried about safety — “these are my people. It’s a different think when you protest and you have stake in the community in which you protest in. To the people with the firecrackers and the spray paint — not today.” @wgbhnews #bostonprotests pic.twitter.com/wnMXIDQNGM

The family of Burrell Ramsey, who was shot by Boston Police in 2012, is here. The crowd is chanting his name. @wgbhnews pic.twitter.com/oHAklsOBMF

Several of Boston’s political figures were sighted among the crowd.

Thank you @ViolenceNBoston and all of the organizers that brought us together in community. pic.twitter.com/HkJwb8rfyL

Amazing turn out and peaceFUL vigil today. So great to see and be among others who deeply care about social justice. #BLM shout out to Violence in Boston and @ProRockThrower and sooooo many others who came out to make it happen!! pic.twitter.com/WmRyouvfaj

After a massive, peaceful protest on Sunday in downtown Boston turned violent—with looting, vandalism, and 53 arrests—there was some concern that Tuesday’s demonstration would take a similar turn. However, attendees report that the event stayed, for the most part, calm. As the rally came to a close around 7 p.m., police in cars and on motorcycles blared their sirens and attempted to pass through the crowd, which caused some panic. The situation deescalated when it began to rain and protesters dispersed, and the police eventually made their way out of the crowd.

Demonstrators surround a police officer at the conclusion of a protest organized by Black Lives Matter in response to the death of George Floyd, an African American, at the hands of Minneapolis, Minnesota police, on June 02, 2020 in Boston, Massachusetts. Photo by Maddie Meyer/Getty Images

Here’s video of that moment, which you may we’ll have already seen from 100 other angles: pic.twitter.com/RvfBrFgGl5

“Take a knee! Take a knee!” Some others shouting “kneel with us!” pic.twitter.com/q2laB1i70C

And there it is. After much chanting, the assembled police do take a knee to cheers. The one notable holdout eventually raises his fist—to more cheers, even chants of “BPD.” Tito Jackson has asked that protestors keep their word to be peaceful; the group is heading home. pic.twitter.com/W5jKedWDWI