Amid a larger movement to rein in police violence, a state rep is calling for a ban on the chemical agents. 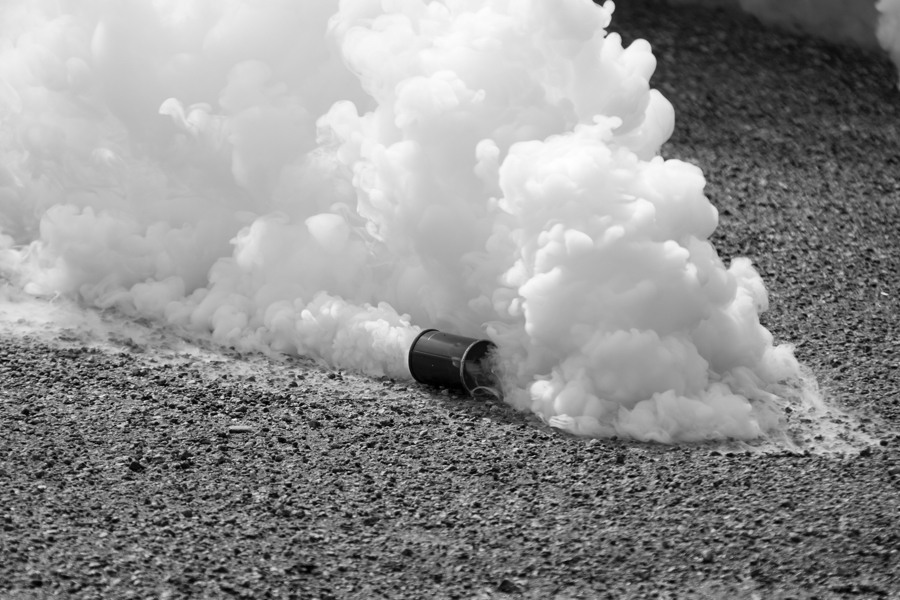 Images of gas canisters raining down on demonstrators protesting American police brutality, and acrid smoke filling the air, have been shared from Massachusetts and around the country.

Now, a Massachusetts state rep is pushing to crack down on the use of the chemical agents, and sharing fears that continued use of the tactic will only make tensions worse in Boston and beyond.

In a tweet on Tuesday night, which included images of authorities firing tear gas at protesters in Brockton, Rep. Mike Connolly, of Cambridge, said he is preparing a bill that would ban the substance’s use on crowds.

Tear gas is considered a chemical weapon and is not allowed on military battlefields.

My office is now working on legislation to ban its use against protestors, too. pic.twitter.com/troyUdgMZp

“It’s been really shocking to see how cavalierly police and other law enforcement have turned to the use of tear gas,” Connolly says in a phone interview, adding, “These chemical agents have been deemed unfit for a battlefield, and I think that should give us reason to really take a hard look at this particularly—because it seems as if police are turning to tear gas so quickly, and so broadly, that it creates a lot of concerns, and I think on some level could discourage people from exercising their First Amendment rights.”

“It really raises concerns around, are all de-escalation techniques being considered before police turn to this chemical agent?”

Connolly says he expects to file a bill “in the coming days or weeks,” and that the details, including whether it would call for a full-on ban or for more severe restrictions on its use, are still being hammered out. Meanwhile, he tells me he is also concerned about other means police have used to disperse crowds, among them accounts of police cruisers “aggressively” driving through protesters as apparent showings of force.

“It seems like what we’ve seen is the opposite of de-escalation,” he says.

It’s one of many proposals for legislation discussed in recent days. On Tuesday, state and local leaders of color announced a slate of reforms aiming to meet activists’ calls for change with concrete action, including an existing bill from Rep. Russel Holmes to decertify police for misconduct, and one from Rep. Liz Miranda that would set new use of force limits.

Tear gas is the name given to a variety of irritants used to disperse crowds that burn the eyes, throat, skin, and lungs. It’s been banned for use on the battlefield since 1925, but is a mainstay of law enforcement riot control techniques.

It has re-entered the spotlight as protests have swept the country and led to clashes between police and protesters that have sometimes turned chaotic. In Washington, D.C., the decision to hit peaceful protesters with pepper balls and smoke grenades (the White House rejects the “tear gas” characterization, but the CDC does not) to make way for a presidential photo op has drawn bipartisan condemnation. In Philadelphia, police have responded to backlash over frightening images of trapped protesters near a highway being pelted with tear gas by updating its use of force authorization process. In Boston on Sunday, gas canisters were reportedly fired at protesters during tense moments near Boston Common.

But critics, including the ACLU of Massachusetts, which is working with Connolly, have urged police to find other means of dispersing crowds. No one in Massachusetts has been killed in this recent spate of protests, but so-called “nonlethal” weapons like tear gas can and do kill and maim protesters in extreme cases. In 2004, Emerson student Victoria Snelgrove died after a Boston police officer fired a pepper ball that struck her in the eye during a Red Sox victory celebration.

A Duke researcher also warned this week that tear gas in a pandemic may be additionally risky, as it can exacerbate the effects and spread of coronavirus by causing lung irritation and leading people who inhale it to hack and cough, especially as thousands are taking to the streets and protesting in close quarters.

The American Civil Liberties Union has urged police to use alternate methods for dispersing crowds even in difficult situations, and has called for new restrictions on the use of chemicals on crowds, including after tear gas was used at the U.S.-Mexican border on migrants in 2018.

“There’s no need to have the weaponization and the kind of escalation that we’re seeing across the country, but also seeing for example in Brockton,” says ACLU of Massachusetts Executive Director Carol Rose of the ACLU. “We were seeing very small crowds of protesters against local police, state police, and the National Guard being called out with armored vehicles and tear gas canisters. The question I have is who brought the tear gas to the party?”