How Do We Solve the Fireworks Problem? 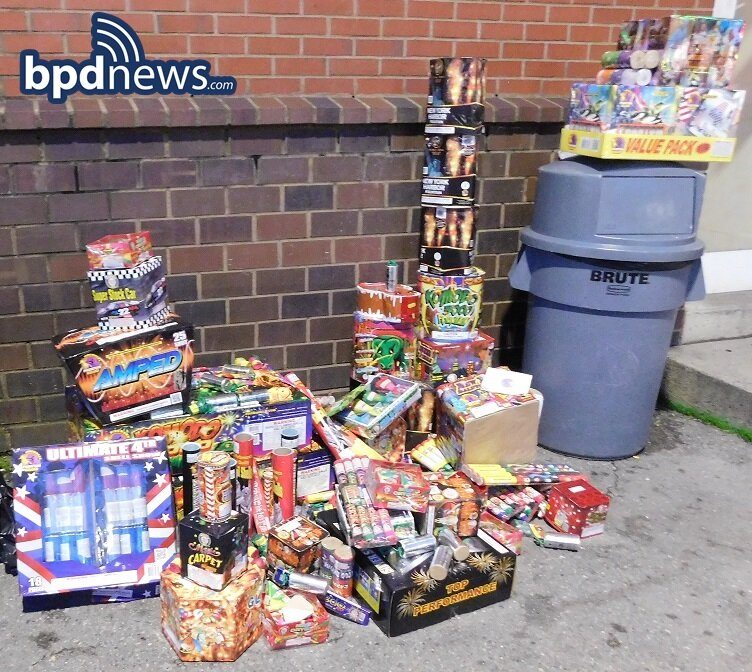 In a press conference Wednesday, Mayor Marty Walsh revealed a staggering statistic: There’s been a 2,300 percent increase in the number of complaints to Boston police about fireworks leading up to Independence Day.

According to Walsh, there were 27 calls about fireworks in May of last year. This year, there’s been over 600.

“People are frightened; people are losing sleep; babies and kids are woken up; pets are terrified; our veterans and others with PSTD are experiencing real harm, and it’s a real fire hazard in our city,” Walsh said.

To most people living in and around the city, these stats came as no surprise. From Twitter to Nextdoor to community Facebook groups, city residents far and wide are voicing their frustration with the nightly, unwanted light-and-sound shows in their neighborhoods.

Shot off nonstop fireworks at 2AM during the past THREE WEEKS. Whatever reason you have, you should stop since it’s not gonna help you achieve anything. If your purpose is to annoy your neighbor, you sure did. Trying to be understandable but THREE WEEKS is too far #Cambridge pic.twitter.com/vrFi7b661f

Fireworks in South Boston for the umpteenth consecutive night. This is getting ridiculous.

Roslindale, what is your fascination with fireworks?! Hours and hours of fireworks, day (why?!) and night! @universalhub

You: “Haha at least no one can set off fireworks in the rain”
Dorchester: “Challenge accepted”

Per Massachusetts general law, it’s illegal for private citizens to use, possess, or sell fireworks in the state. However, it’s no secret that there are plenty of fireworks stores located just an hour drive or so up route 95, just over the New Hampshire border. Phantom Fireworks, a national fireworks business with three showrooms in New Hampshire and two in Maine, reports that sales are up this year at Phantom locations nationwide.

William Weimer, the vice president of Phantom, chalks up the increase to a number of reasons. First, that Phantom showrooms are operating at lower capacity due to the coronavirus, so customers have been encouraged to purchase their fireworks earlier this year. Additionally, Weimer says, many public fireworks displays have been canceled, including the annual Boston Pops event. “The corollary to that is that people are going to do small, manageable displays of fireworks at their homes,” Weimer says. There are likely still others, Weimer thinks, who are simply turning to fireworks for something to do. “The fact is that people have been cooped up, and now they’re busting at the seams,” he says.

But fireworks are more than a nighttime nuisance. As Mayor Walsh mentioned in Wednesday’s briefing, fireworks can be traumatizing. During a community conversation about fireworks Thursday night, hosted over Zoom by City Councilor Julia Mejia, several city residents shared the stories of how fireworks have been impacting their quality of life.

“I’m coming from the lens of a survivor of homicide,” Dorchester resident Ronald Odom shared. In 2007, Odom’s thirteen-year-old son was shot and killed on the street outside their home. The fireworks ringing out at night are very triggering, Odom said. “Just the sound of the fireworks….it just reminded me so of my son’s life that was taken that day,” he shared.

Another participant in the call, South End resident Sean Terry, revealed that fireworks have made it difficult for him to manage his post-traumatic stress. In 2013, Terry ran the Boston Marathon for the first time, and was at the finish line when the first bomb exploded. “Any sort of loud noise plus sirens…those are triggers for me,” Terry said.

It’s clear that something must be done—but what? Because fireworks are illegal, 311 has been directing complainants to turn to 911, as has the BPD. But as protests over the death of George Floyd continue and calls for the overhaul of police forces multiply, many are thinking twice before calling armed police officers to resolve neighborhood issues. At the community meeting, attendees shared a number of ideas for addressing the issue, including posting fliers, organizing a door-knocking campaign, and running a public service announcement on TV or on social media.

Mejia herself has been strongly advocating for alternative, community-based solutions. “Perhaps we can come up with a localized campaign that is led by the people in their specific block,” Mejia said in an interview with NECN’s Sue O’Connell Thursday.

“We’ve gotten so far away from the basics—when I was a kid, if I did something wrong, by the time I got home, my mom knew about it because my neighbors were all over it,” Mejia said in the same interview. “I feel like this is such an opportunity to bring people across the city together.”

In his press conference, Walsh stopped short of suggesting policy changes to temper fireworks use, but he did have a message for anyone partaking in this behavior: “Think about your community, and stop it.” Mejia has indicated that she will continue to work with her constituents to organize solutions, but in the meantime, here’s hoping that the city’s amateur pyrotechnicians blast away their cabin fever soon—lest July 5 be the first night Bostonians can get a good night’s sleep.