The LGBTQ community ought to expect more from a movement rooted in fighting police brutality. 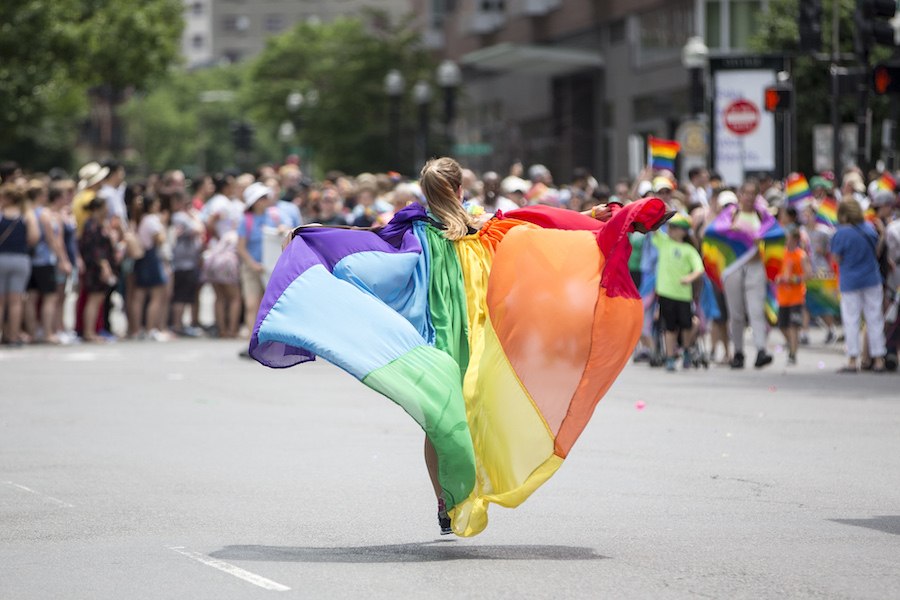 “This is not a time to dance around anything. This is a time to make a statement.”

Casey Dooley is clear and direct. She needs to be. After all, as chair of the Boston Pride organization’s Black and Latinx Pride committee, Dooley’s priority is making sure that communities of color are represented in the programs and perspectives that inform Pride Week, June’s annual series of LGBTQ celebrations.

So imagine Dooley’s surprise last week when the board of Boston Pride updated its website with a statement addressing current antiracism protests and demonstrations—without, she says, consulting its own Black and Latinx Pride committee. (When asked whether that committee was involved, a spokesperson for Boston Pride would only confirm that its communications team and board developed the statement, though it was ultimately issued by the board.)

Dooley says she saw the statement when it went public “at the same time everyone else did,” and now, she’s not mincing words. She says she was “appalled” by what she read, and she wasn’t alone. I shared her feelings, and so did plenty of others who shared screenshots on social media before the post was taken down. “The first thing I thought was, ‘have you lost your fucking mind,’” recalls Athena Vaughn, a trans activist and leader on the Black and Latinx Pride committee.

Boston Pride’s milquetoast message was rebuked for a number of reasons. For one, say critics, it did not include the unequivocal statement “Black Lives Matter.” In addition, the statement’s hedging language stopped short of indicting the institutionalized underpinnings of police brutality, and instead rang with needless qualifying of the not-all-cops! variety. It also failed to outline steps that Boston Pride would take to be an organization more reflective of Black LGBTQ voices, or offer ways that this week’s (virtual) Pride series could center itself around antiracism work, as other Pride organizations around the country have done.

In a mysterious twist, Dooley says she later learned that an early draft of the statement did contain the phrase “Black Lives Matter”—but it appeared to have been removed by the time the board posted it on the group’s website. (When asked whether the board removed “Black Lives Matters” from an early draft, a spokesperson for Boston Pride reiterated only that its communication team and board developed the statement, and that it was issued by the board.)

After the fierce public response, Boston Pride swiftly removed the message from its website and replaced it with an apology and revised version. But the damage was done. Dooley is now beginning conversations with her committee about next steps, which she says will likely include a call for all Boston Pride board members to resign and make way for a more transparent and diverse leadership that she says feels long overdue.

For Dooley and other critics, the incident feels like the latest in a long history of missteps. In 2016, for instance, Boston Pride had to disinvite the head of a gay police organization from serving as a parade marshal, reportedly because he made derogatory social media posts about Black Lives Matter protesters; the following year, 100 demonstrators called on the organization to generally disinvite police from marching in its parade. There has also been criticism of Boston Pride for becoming commercialized and whitewashed. To be fair, the local organization isn’t exactly alone in much of this: There’s no shortage of analysis out there of how Pride today is far removed from its radical grassroots. “I’ve spent the past three years trying to rebuild relationships and apologizing for a lot of stuff that I wasn’t involved with,” Dooley says. “I feel like it all got ruined.”

I can understand why. As someone who has spent over a decade covering LGBTQ people and issues in Boston, I was disappointed to see Boston Pride take such a tepid stance. It’s to be expected that individuals and brands suddenly tasked with speaking the language of social justice may not always Get It Right. But we’re not talking about a bubblegum pop star or a canned soup company here. This is Boston Pride. The very concept of Pride Month is inextricably linked to the Stonewall riots of June 1969, a series of violent demonstrations against police brutality; many of the figures best known to have led that uprising, such as Marsha P. Johnson, were trans women of color.

How—in its 50th anniversary year, no less—could Boston Pride offer anything less than a full-throated, actions-backed endorsement of the kind of disruptive political activity that is at its very core? Why not acknowledge that two of the three cofounders of the Black Lives Matter movement, Patrisse Cullors and Alicia Garza, are queer? And what was the board thinking when its members decided to exclude its group’s very own Black and Latinx Pride committee in this process? (At the very least, isn’t that just plain old common sense?)

But my disappointment doesn’t just land with Boston Pride as an institution. Even as we are in the heat of another historic civil rights movement, how many white cisgender gay men celebrate Stonewall yet still post Facebook sermons dictating the “right” and “wrong” ways to protest right now? How many white, straight folks who take their children to family-friendly modern Pride parades—which, again, commemorate riots—still loudly bash looters for breaking windows, instead of directing their anger toward the pervasive, state-sanctioned oppressions that make those eruptions not only possible, but perhaps inevitable?

“I see hypocrisy,” says Vaughn of the Pride movement’s lack of support for Black Lives Matter. Standing as she does at her intersection of identities, Vaughn is all too aware how otherwise successful social movements still have a way of leaving the most marginalized communities on the sidelines. “There are people in this world who want to belong to something meaningful so bad, that there becomes a point where they can’t see the injustices and wrongs.”

That’s why this Saturday, June 13 at 3 p.m., Vaughn is organizing a Black activists-led Trans Resistance Vigil and March at Franklin Park. It will support the Transgender Emergency Fund of MA, and it is a call for justice for Black trans women, who are victims of violence and murder at disproportionately higher rates than the rest of the U.S. population. Vaughn wants to bring focus to their stories, which she says need more amplification by both LGBTQ organizations and the Black Lives Matter movement across the country.

Vaughn’s vigil takes place on the same day that Boston Pride was, in a pre-COVID-19 world, scheduled to hold the week’s climactic parade and festival. What has the organization itself done this week? Aside from an online approximation of its festival that is basically an exhibitor showcase, Boston Pride postponed nearly all other virtual programs, “shifting focus to events that support the Black and Brown community,” according to an announcement by the group on Monday. On Friday, the organization released a follow-up “statement of commitment to transformation” that endorsed Saturday’s Trans Resistance Vigil and March, and announced that Boston Pride would be donating supplies like pop-up tents, walkie-talkies, and bullhorns.

Still, Pride organizations would be much better equipped to pivot if Black LGBTQ people had more input from the outset. “It’s not particular to Boston,” but Pride Month invariably reveals within LGBTQ communities “the fault lines that exist around race, class, gender expression, and more,” says Reverend Irene Monroe, a veteran lesbian activist in Boston and cohost of All Rev’d Up, a faith, politics, and culture podcast produced by WGBH. “Because of the tension that has gone on in Boston for 50 years, what happens is that we have—regrettably in many ways, though I do understand it—groups like Black Pride and Latinx Pride. It’s fine to have them. But the reason they come about is because the larger Pride organizational committee did not consider those voices. We weren’t at the table of the planning of it. So we become used for photo-op moments, more than anything else.”

Monroe, who in 1998 became the first African American woman to be named grand marshal of the Boston Pride parade, believes there is much to celebrate in the floats, festivities, and frivolity that (normally) characterizes Pride today and represents the progress the community has made. But she’s also wary of losing sight of how things started. She was at the Stonewall riots in 1969, and has written about how the Pride movement has generally whitewashed and defanged much of the history that gave birth to it. “It was days of nonstop riots,” Monroe says. “I was very upset by how the voices of marginalized people were marginalized. These people hurt. Their anger was valid. I felt it as an erasure and demonization of showing a righteous anger that needed to be expressed.”

Hopefully, Boston Pride will recognize that this part of history is not something that should be repeated today. “The leadership of Boston Pride has increased our commitment to dismantling systemic oppression and individual, interpersonal, institutional, and structural racism within our organization,” the organization promises in Friday’s statement.

It goes on: “We are not only seeking to change, but to engage in a transformational process to facilitate fulfillment of Boston Pride’s mission and vision.”

Every organization is figuring out how to best use its platform right now. How do we hold ourselves, and others, accountable for promises to be better? When it comes to LGBTQ Pride organizations, it’s worth remembering: Their leaders are really our followers, and it’s up to us to show them where to go.