The grocery store said the masks were against dress code. 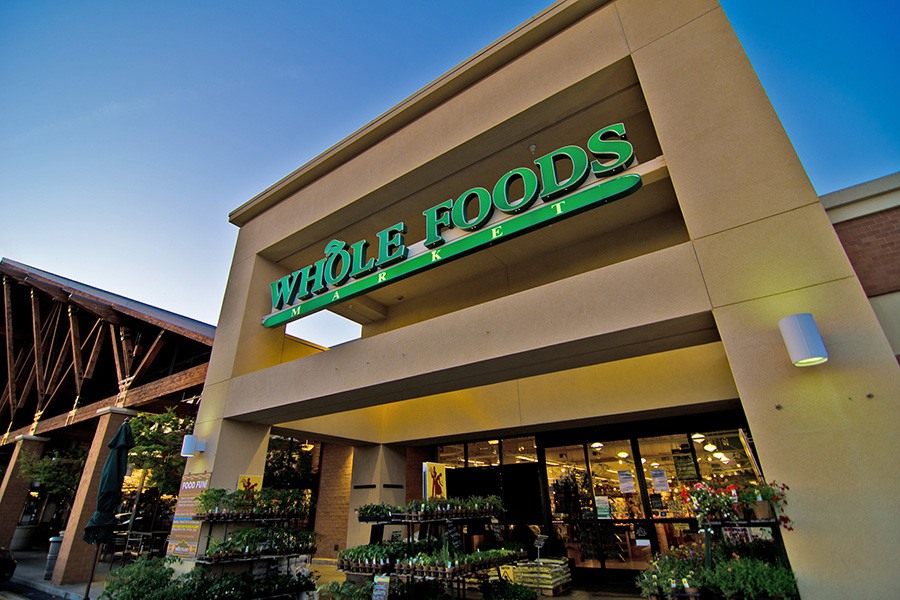 At the beginning of June, Whole Foods’ parent company Amazon made a public statement declaring that “Black Lives Matter,” detailing its support for the movement and vowing to donate $10 million to support social justice organizations. This week, a number of employees at a Cambridge location of the grocery chain showed up to work in Black Lives Matter face masks—and were promptly sent home by store managers.

“Today, I and about 12 of my colleagues got sent home from work for wearing Black Lives Matter masks,” Kirby Burt wrote in a Facebook post Thursday. “We were told it was ‘against dress code’ and that Whole Foods doesn’t allow brands or ‘political statements.’ We don’t think this is a political statement or a brand. We believe it’s a statement of basic human rights and compassion.”

Per the Boston Globe, Savannah Kinzer, an employee at the River St. location of Whole Foods in Cambridge, was inspired to plan this action after reports emerged of Whole Foods workers in Bedford, NH, Philadelphia, and Seattle being sent home for wearing Black Lives Matter masks. When Kinzer and some of her co-workers donned masks bearing the phrase on Wednesday afternoon, their manager told them they had to remove the masks or leave. Seven employees left. When Kinzer returned to work Thursday for her 11 a.m. shift, she passed out more masks, and was sent home along with about a dozen others.

My coworkers and I are protesting the right to support the #BLM movement by wearing pins & masks in Whole Foods River St, Cambridge location. They care about the business their racist customers give them more than spreading a peaceful yet important message. Black lives matter. pic.twitter.com/qLYS6eCw3e

However, Kinzer told the Globe that Patriots masks, and a mask Kinzer wore earlier this week that read “Soup is good,” have been permitted in the past (though workers Thursday were asked to remove masks with Red Sox and Narragansett logos). Employees also told NECN that they have been allowed to wear rainbow pins in support of the LGBTQ community. “It’s so basic. It’s not political. It’s human rights,” Kinzer told NECN.

On a GoFundMe page Kinzer created on June 15 to support her mask-buying efforts, she writes that the goal of this action is to persuade Whole Foods and Amazon to internalize the movement they have stated they support. “Our Whole Foods policy states ‘You must wear Whole Foods Market shirts/tops (or industry-related organizations with which we are affiliated).’ So let’s make the BLM organization industry-related!” she writes. “After all, it is a simple statement that EVERYONE should support.”

Actions like this have proven successful at other franchises. Earlier this month, Starbucks faced social media backlash after the leak of an internal dress code memo prohibiting employee attire with the phrase “Black Lives Matter.” The memo stated that the phrase could be misunderstood and “amplify divisiveness.” Starbucks quickly shifted course and changed its policy, printing 250,000 Starbucks-branded Black Lives Matter shirts for employees to wear.

To some of the Cambridge Whole Foods employees who walked out, the banning of BLM attire is contradictory to the values Whole Foods claims are at the core of its mission. The home page of the Whole Foods website, for example, currently reads “Racism has no place here,” and links visitors to the grocery chain’s “Declaration of Interdependence,” a statement first created in 1985 that emphasizes Whole Foods’ dedication to its communities, customers, and team members.

“When I first got into the job and applied, they were very inclusive about everything,” Leavar Michel, one of the workers who participated and was sent home, told NECN. “Race, gender, age, anything. And so now that they’re sending us home because we want to support a movement for human rights, it kind of contradicts what they’ve been preaching since I’ve applied for the job.”