Pandemic closures have hit the economy hard. But the financial impact is only part of what we lost. 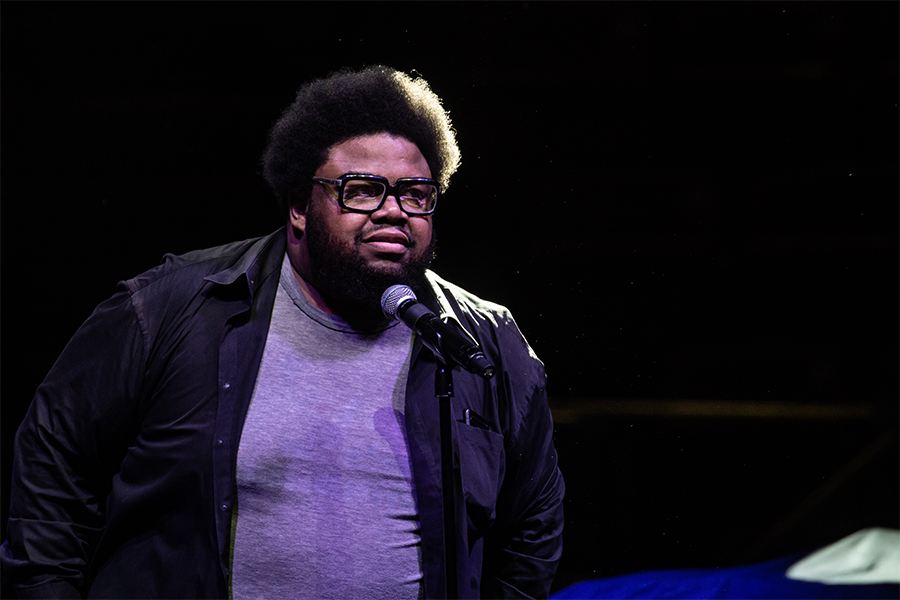 March 7. That was the last time I performed live standup comedy, before the Dark Times began. It was a Saturday night, which is the comedian’s football Sunday. I, like thousands of other joke slangers around the country on a Saturday night, was about to perform comedy in a town I’d never visit for free.

As usual I was excited to hit the stage. But the night felt off. People were uneasy. Low rumblings that would sound loudly just five days later were beginning to dominate casual conversation. I remember entering the venue through a side door with a few audience members. COVID-19 talk dominated their conversations. Mostly through nervous (and awful) jokes. Someone coughed and a dude named Frank said “uh oh! Look out for this guy!” with a nervous chuckle. Trust me, that passes for a joke in some small towns.

Onstage I noticed every cough, every sneeze, every slight wheeze (bars). After my set, I dodged conversations and handshakes like Neo in The Matrix and dipped immediately. The world was closing in. We all felt it.

March 7-11 felt like the first 20 minutes of every zombie apocalypse. You know, the calm before the storm, when people are still going about their day in a normal way even though there’s an ominous feeling that things are subtly crashing down around them. And then everything shut down for real for me on March 12. It was when the NBA said “yeah, fuck this,” that I got nervous. Team owners pulling the plug on billions in ad revenue with a potential ratings bonanza of a Celtics/Lakers Finals on the horizon hit harder than anything that orange president could ever say in incomplete sentences. And then, as almost an afterthought, all my spring shows were canceled. No summer bookings were coming in. Soon after, we were quarantined and dependent on black market toilet paper to survive. It all happened in a blink.

What to do? On a selfish financial level, this hit me (and other comedians) HARD. This is what I do for a living. No 9-5. Comedy. That’s it. And while I had (HAD!) some savings in the bank, my knowledge of pandemic movies told me that half of that money was IMMEDIATELY going to toilet paper. The other half of my money was for groceries and rent. All the initial outcry was about “Support your local restaurants!” and while I wholeheartedly agree, my performer side is like “Support your local comedians! French fries ain’t funny!”

Now, aside from performing, traveling to perform, or going on my tri-weekly snack run, I’m not one to leave my house much anyway. But not being able to get onstage every night has definitely made me antsy. Creatively, where is my motivation? I’ve been seeing “profound” tweets like “these are the times when creatives form diamonds out of coal” or some bullshit. Lmfaoooooooo WHAT??? Son, I’m too scared to be brilliant right now! Telling me the world is about to end is not going to inspire any “Four score and seven years ago”s outta me. If I’m being completely honest, I didn’t write at all the first few weeks after the world ended. Maybe I was emotionally tapped. Even if I had written something, where was I going to perform it? In my living room for the couch? Stanley never laughs at my jokes. I didn’t even log on to any social media for the first few weeks. I set up a makeshift camp at the end of my bed as if I just discovered it and watched television reruns all day. I just wanted to watch TV shows from a time when none of this was happening. But it didn’t take long for me to realize I needed something more to do besides live tweet episodes of Walker, Texas Ranger, Living Single and The Andy Griffith Show.

I miss live comedy, fambalam. I miss comedy clubs. Nothing beats live performance. Nothing. I miss telling jokes to an excited crowd. I miss the feeling you get when an entire audience of strangers laughs simultaneously at an idea you dreamt up at 3 a.m. while an episode of Married … With Children played softly in the background. Hell, I even miss when a crowd hates a joke I just KNEW would kill while I stand there stoically, pretending not to care, knowing later that night I’m gonna cry in the Uber. I miss hanging out with comedians in the back of a club and clowning one of our friends when they’re bombing onstage (we really ain’t shit). I miss stealing snacks from comedy club green rooms. I miss being asked to please not take all the snacks.

I’ve also been thinking about how live comedy is such an in the moment concept. Our job is to stay on the cutting edge. The audience can sense when you’re stale. While I can’t wait to perform, my biggest worry is what I’ll even talk about. So much of standup comedy is born of life experiences. What have I experienced since March 7? I learned that an updated version of Alvin and the Chipmunks on Nickelodeon exists and is pretty damn good and, through a thorough reexamination of TGIF smash hit Family Matters, that maybe Carl Winslow wasn’t the best father to Laura. Carl is a cop and Steve Urkel stalked his daughter for 9 (NINE???) seasons and he just let that shit rock. That’s it. That’s all I’ve learned. I have no new jokes. No new takes. “Hey! Remember when Mondays and Fridays were different!?!” *thunderous applause* Stanley the couch just threw ice at me.

It’s starting to come back in some ways, though. In this new “normal,” some outdoor, drive-in style comedy shows are beginning to pop up. That’s good. People need to laugh. Personally, I’m not sure when I’m getting out there again. My mandate has been whenever we get an official all clear, you’ll see my face five weeks after that. So much of the comedy environment involves being in close quarters with the audience and other comedians. How will that work? It was just in March when I learned some people don’t even wash their hands after a trip to the bathroom in their own homes! What about sharing microphones? Do we all have to bring our own now? Am I just being paranoid? I need constant guidance. It’s 2020. I really should be able to download a Dr. Fauci app on my phone that I can check every 10 minutes, type what I’m about to do, and then he smiles with a thumbs up or a thumbs down (the smile is non-negotiable. I NEED the smile! ANY smile).

I don’t have all the answers. We have a lot of figuring out to do. Environments have got to be safe for both performers and audiences. I can’t explain how sad it makes me that I can’t simply glide into a comedy club, a place where so many people go (comedians included and maybe especially) to escape their problems like I’ve done for years, and know that I can relax because it’s a place where good times happen. I grew up in comedy clubs. They’re my home. I need to go back. If there is a silver lining to this whole situation, it’s that maybe this extended time away will make me appreciate what I have come to take for granted: being carefree in a comedy club enjoying the company of some of the funniest people in the world. I miss that more than you know. But when I do return to the stage, I promise you I’ll be bringing the finest jokes 2019 had to offer.