Maura Healey Is Suing the Trump Administration Over the “Cruel, Abrupt, and Unlawful” Student Visa Rule

The Mass. Attorney General is leading a coalition of 18 AGs in a multistate suit. 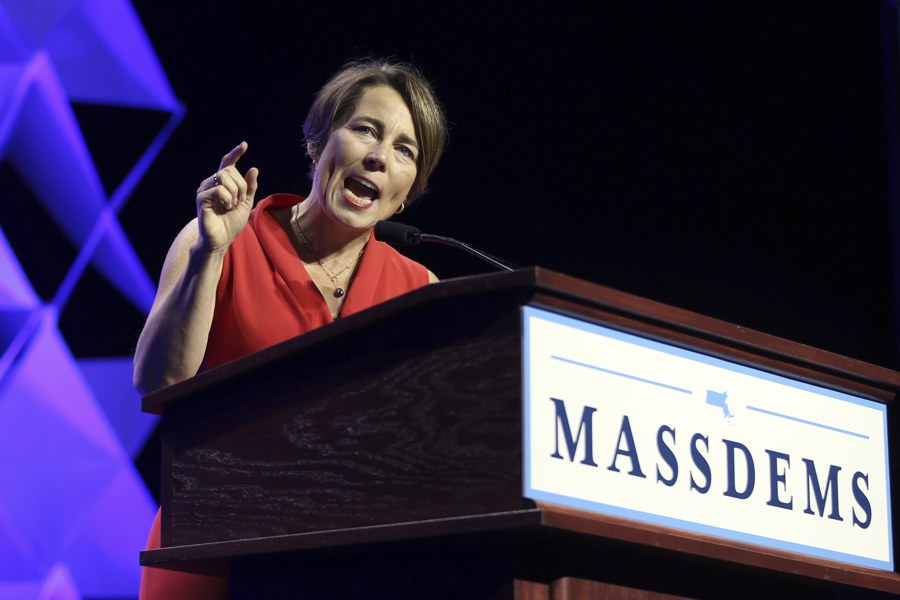 Update, 7/14 3:45 p.m.: Just a day after Healey’s office filed suit, the US Department of Homeland Security announced that it has withdrawn the controversial visa guidelines that would have barred international students from the US if all of their classes were to be conducted remotely this fall. The announcement came just five minutes into a federal district court hearing Tuesday in a lawsuit filed by Harvard and MIT. “For the hundreds of thousands of international students across this country who enrich our institutions and strengthen our communities—we celebrate this victory with you,” Healey said in a statement to Boston. “This ICE rule was senseless and illegal the minute it came out, and the Trump Administration knew it didn’t have a chance. This is why we take action in court, why we stand up for our values, and why we will remain vigilant in protecting our international students from these harmful disruptions.”

A new immigration policy announced a week ago has triggered panic and outrage at universities nationwide by threatening to revoke the visas of foreign students if their classes go online in the fall. Now, Massachusetts Attorney General Maura Healey is leading the charge to block it.

On Monday, Healey’s office announced that she is leading a coalition of 18 attorneys general in filing a lawsuit to stop the federal rule. The suit, filed in the U.S. District Court in Massachusetts against the Department of Homeland Security and ICE, calls the rule a “cruel, abrupt, and unlawful action to expel international students amidst the pandemic that has wrought death and disruption across the United States.” The rule, the attorneys general say, would disrupt all the planning that colleges and universities have done to prepare for the atypical fall semester, and it would force many students to return to their home countries while the coronavirus pandemic rages on, severely compromising their ability to complete their schoolwork.

“The Trump administration didn’t even attempt to explain the basis for this senseless rule, which forces schools to choose between keeping their international students enrolled and protecting the health and safety of their campuses,” Healey said in a statement announcing the suit. “Massachusetts is home to thousands of international students who make invaluable contributions to our educational institutions, communities, and economy. We are taking this action today to make sure they can continue to live and learn in this country.”

The federal edict issued last week sparked near-immediate outrage (“We will sue,” Healey asserted on Twitter just a day after the policy was announced). The rule marks an abrupt policy change by ICE—on March 13, ICE issued guidance recognizing the COVID-19 crisis and allowing international students with F-1 and M-1 visas to take classes online during the emergency. On July 6 however, ICE suddenly announced that international students cannot live in the U.S. and take classes online.

ICE has demanded that educational institutions tell the federal government this week if they intend to offer remote-only classes in the fall, and they must certify by August 4 that students’ coursework will be in-person or a mix of in-person and remote in order for students to retain their visa status. These demands, the AGs’ lawsuit points out, come not only during a nationwide emergency, but at a time when students may not have registered for classes, professors have not decided whether their classes will go online or not, and international students may not even be in the country.

This lawsuit comes just days after Harvard and MIT jointly filed a separate suit, also against ICE and the DHS, in federal court. The new policy “disrupts our international students’ lives and jeopardizes their academic and research pursuits,” MIT President L. Rafael Reif wrote in a letter to the university community last week. “ICE is unable to offer the most basic answers about how its policy will be interpreted or implemented. And the guidance comes after many U.S. colleges and universities either released or are readying their final decisions for the fall – decisions designed to advance their educational mission and protect the health and safety of their communities.”

On the same day that the Harvard and MIT suit was filed, Hampshire College announced that, because the new rule will not apply to the school—as it plans to follow a hybrid remote/in-person class model— it would offer “sanctuary” to students from other schools who would otherwise have to leave.

The attorneys’ general suit, meanwhile, includes 40 declarations from leaders at a variety of institutions across the nation that have been affected by this new federal rule, all asserting that this policy will be detrimental to the international student population, universities, and the economy alike. Leadership from Northeastern, BU, UMass, and Tufts were among those who voiced their support of the suit.

“If allowed to take effect,” UMass president Marty Meehan writes, “These rules will create costly, confusing and unnecessary hurdles for our international students and our campus communities, place millions of dollars in university revenue at risk, and deprive the Commonwealth’s economy of a valuable source of talent and innovation.”