Here’s What the Massachusetts Police Reform Bill Would Do

It passed after an all-nighter in the Senate, and aims to significantly shake up law enforcement in the state. 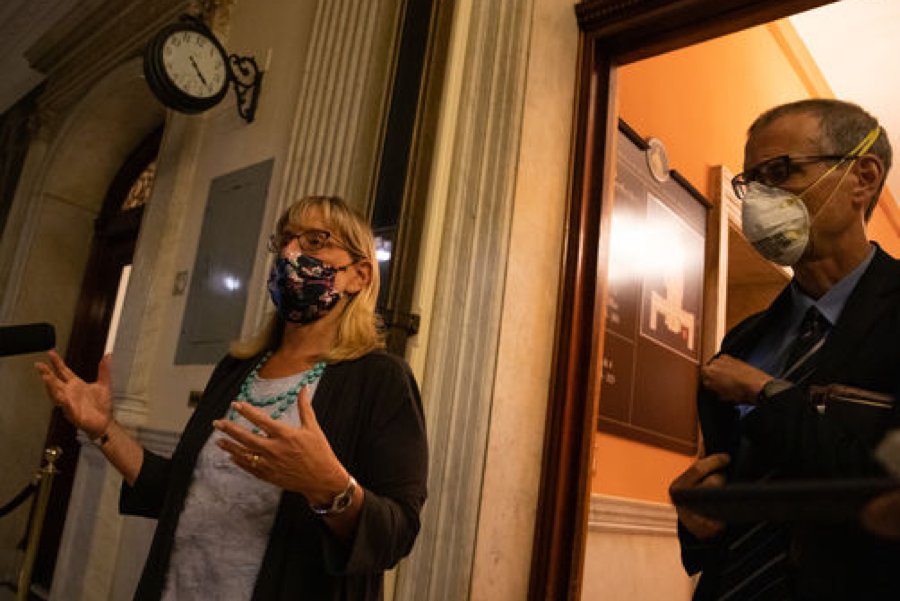 A protest movement that saw thousands take to the streets of Boston, amid similar demonstrations against racism and police brutality around the country, has yielded results in Massachusetts.

Following a 16-hour all-nighter that lasted from Monday into the wee hours of Tuesday morning, bleary-eyed state senators have passed a police reform bill that aims to shake up law enforcement in the state by—among other actions—banning tactics like chokeholds, limiting qualified immunity, and establishing a new way to hold problem cops accountable for what they do on the job. It passed 30-7, to the consternation of some in the chamber who complained the bill had been rushed through without enough input from the public or police groups, and have tried for days to stop it from moving forward.

The bill now heads to the House, which faces a July 31 deadline before the legislature is scheduled to break for the summer.

“There is no doubt that we are in a difficult moment, both nationally and in our Commonwealth,” Senate President Karen Spilka said in a statement, “but I’m proud of the Senate for listening to calls for racial justice and beginning the difficult work of reducing institutionalized violence, shifting our focus and resources to communities that have historically been negatively impacted by aggressive policing, and introducing many creative ideas to build greater equity and fairness in our Commonwealth.”

So—what would the bill do?

First, and most controversially, it would chip away at (but not eliminate) so-called “qualified immunity,” the doctrine that says cops can’t be held accountable in lawsuits unless their misconduct is explicitly established in the law as illegal, and which has shielded violent police officers from being personally responsible for their actions. Police say that limiting qualified immunity puts them at risk of frivolous lawsuits. If the bill passed, Massachusetts would follow Colorado to become the second state to curtail such protections.

It would also create a Police Officer Standards and Accreditation Committee, which would be empowered to monitor and investigate police conduct, license law enforcement, and revoke licenses for violent or racist behavior and other misdeeds. Licenses would come up for review every three years, and reports of misconduct would be compiled in a searchable database that would follow an officer through the rest of his or her career.

Additionally, the bill would ban one of the more heinous tactics in the problem-cop toolbox, chokeholds, and set new limits on the use of tear gas, a weapon of war used repeatedly on protesters in Massachusetts and elsewhere during Black Lives Matter demonstrations.

Other measures included in the bill’s dense language would ask the new accreditation committee to set standards for police conduct in large crowds, require police departments to seek “civilian authorization” before buying military equipment for use on citizens, and ban schools from feeding information about students’ immigration status or suspected gang affiliation to police. The bill would also let many young people charged with crimes expunge their records, and allow the head of the State Police to be drawn from outside the ranks of current troopers.

Now that the bill has moved to the House, Speaker Robert DeLeo says he aims to hold a first meeting this week. “Despite a changed timetable, House leadership remains committed to working with the Black and Latino Legislative Caucus and House colleagues to take decisive action through omnibus legislation. We look forward to reviewing the Senate’s engrossed bill and the work ahead,” DeLeo said, according to the State House News Service.