The Cambridge company's vaccine triggered an immune response in all 45 subjects in a recent trial. Next up: A group of 30,000. 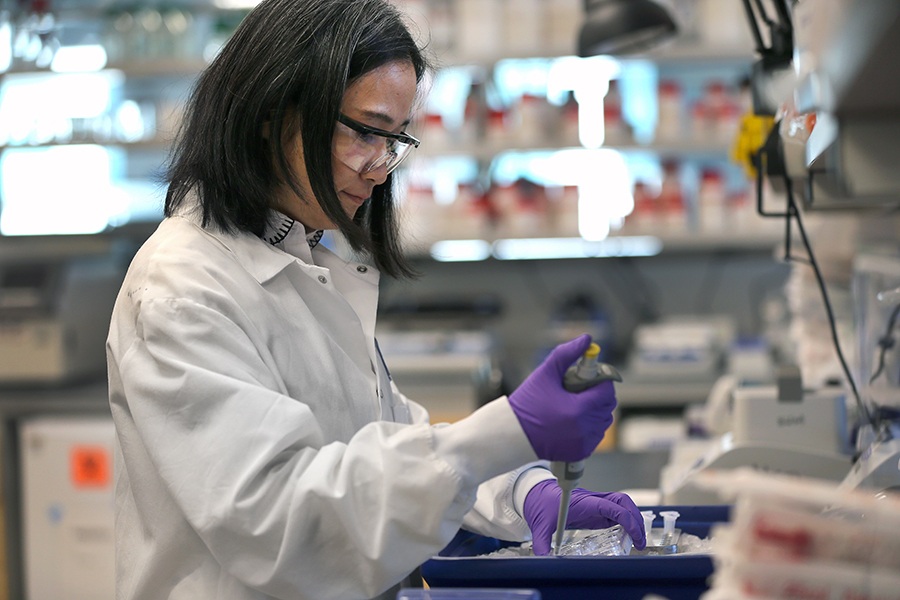 Since early January, Moderna Therapeutics has been racing at breakneck speed toward a coronavirus vaccine—and Tuesday, a study published in the peer-reviewed New England Journal of Medicine said that the Cambridge biotech’s vaccine candidate successfully triggered immune responses in all 45 subjects who received it.

“No matter how you slice this, this is good news,” leading infectious disease specialist Dr. Anthony Fauci told the Associated Press.

It seems investors certainly took Fauci’s analysis to heart. Shares of Moderna shot up 15 percent in early trading, and the Dow, NASDAQ, and S&P 500 all rose Wednesday morning. Stocks in the so-called “reopening trade”—or, stocks in air travel, cruise lines, retail, and other sectors that would benefit from the economy reopening—also jumped.

“Every time we get some sort of positive news on the vaccine front, then understandably markets benefit from that,” Paul Jackson, head of asset-allocation research at Invesco, told the Wall Street Journal Wednesday. “The way it’s looking at the moment, it really looks as though a vaccine is the only hope. This thing is not going away.”

Moderna’s was the first of at least 21 vaccine candidates to enter clinical trials. The vaccine was given to 45 healthy adult volunteers aged 18-55, separated into three groups. Each group received two shots, of varying dosages, 28 days apart in March. After the second dose, neutralizing antibodies at levels similar to those seen in people who have had COVID-19 were detected in all of the participants.

This data is certainly promising—but there remain plenty of questions regarding the vaccine’s efficacy. The authors of the study note that it is not yet clear how long the immune response triggered by the vaccine would last, and that the participants in the trial will be evaluated for a year after their second doses to explore how long their immunity lasts.

Over half of the participants in the study also reported side effects, including fatigue, chills, aches, and pain at the injection site, but generally, the vaccine was well-tolerated. The most notable adverse events were seen at the highest dosage level of 250 micrograms, with three of the 14 participants in that group reporting at least one “severe event.” Because the data demonstrates that vaccinations at all dose levels triggered an immune response, the next phase of the study will focus on the lower, 100 microgram dose, Tal Zaks, Moderna’s chief medical officer, said in a release.

As Boston recently detailed, Moderna put itself on the map of vaccine producers by creating its vaccine in just 42 days after receiving the virus’s genetic sequence, a drug industry record. Moderna is known for pioneering an atypical approach to vaccines and therapeutics—unlike most vaccines, which use a weakened version of a virus to trigger an immune response, Moderna’s vaccine relies upon the genetic material messenger RNA. Pfizer and BioNTech, a German biotech, are also working on mRNA vaccines, the Boston Globe reports.

What comes next for the speedy vaccine? A Phase 3 trial is scheduled to start on July 27; it will test the vaccine on 30,000 adults, including people whose locations or circumstances make them high-risk candidates for infection. The study will be conducted at 87 locations across the country, and this will be the final trial stage before regulators determine whether to make the vaccine available. In a press release, Moderna stated that the company is still on track to be able to deliver approximately 500 million doses per year—possibly up to 1 billion doses per year—beginning in 2021.