Here's how theater kids, social media activists, and some Ed Markey stan accounts took down a Broadway concert fundraiser for the Mass. Congressman. 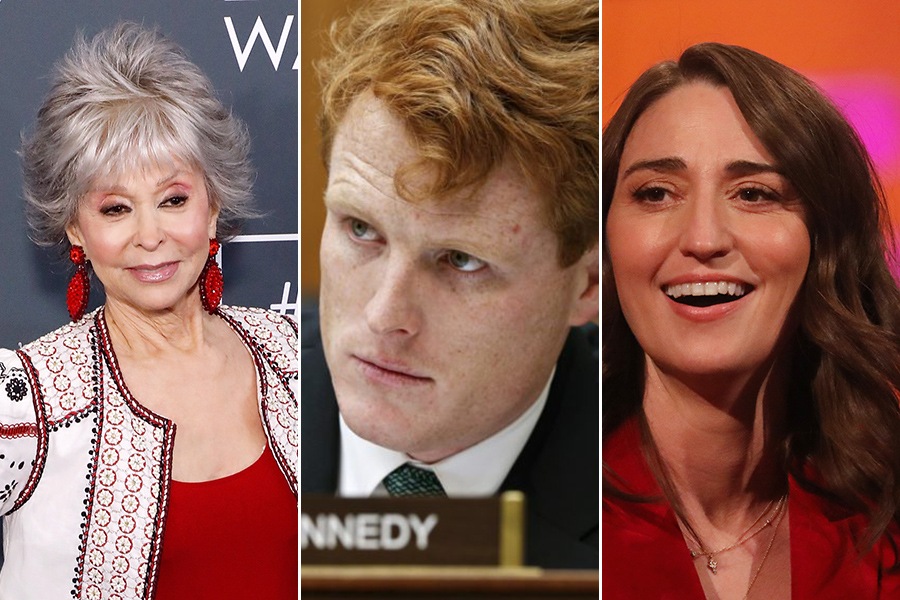 At the tail end of last week, the Joe Kennedy senatorial campaign announced a fundraiser entitled Broadway Sings for Joe Kennedy III. It was an event that promised to bring together big-name Broadway stars from Waitress, Hamilton, and more to perform in a virtual concert to raise money for the aspiring senator. You might not think that a musical fundraiser would become the center of a full-on political showdown—but now, less than a week later, the event has been postponed, the Kennedy campaign has stated the show’s stars were the victims of cyberbullying, and there are a bunch of young Ed Markey supporters posting their high school theater pictures on Twitter.

What happened here? To quote The Sound of Music: Let’s start at the very beginning. That is, last Thursday, when Playbill published a story and accompanying tweet about the Kennedy fundraiser, a 30-minute, pre-taped, streaming concert that viewers could pay $5 to watch. The lineup of Broadway stars involved in the fundraiser for the 4th district rep was nothing short of stacked by theater nerd standards, including Sara Bareilles, Harvey Fierstein, Christopher Jackson, Rita Moreno, and Kelli O’Hara, with Kennedy himself also set to make an appearance.

But then came the backlash, faster than the lyrics to a Hamilton cabinet battle and sharper than an eight count of Fosse choreography. Just hours after the concert was announced, theater devotees and Ed Markey supporters alike took to Twitter to flood the replies and DMs of the Broadway stars set to appear in the concert, explaining to them the differences between Kennedy’s and incumbent Markey’s politics, highlighting Markey’s role as a seasoned progressive leader, and imploring the performers to withdraw from the Kennedy event.

Hi @andrewbfeldman!! I saw that you were participating in Broadway for Joe Kennedy and I wanted to make sure you knew that the person that Kennedy is running against is actually the author of the GND and has been fighting for youth for decades. I’m happy to talk more in DMs.

Can’t really shake my disappointment about this, @HarveyFierstein. I’m a huge fan and am so grateful for your work… But lending your star power to help a Kennedy unseat one of the most progressive leaders in Congress while we need to focus on beating Trump is just saddening.

.@SaraBareilles I have been (I think) your biggest fan since I was about six years old. When I was 13, I asked you to marry me at one of your concerts (you said yes!). Your decision to support Joe Kennedy and to partake in this is profoundly disappointing. https://t.co/7bUqRwPEh5

Many posts pointed out that theater is a traditionally progressive community, and argued that Markey, who co-sponsored the Green New Deal, has championed net neutrality, and has been endorsed by Alexandria Ocasio-Cortez and Elizabeth Warren, is the more progressive of the two candidates. Other posts accused the performers on the billing of intervening in the Massachusetts primary without conducting sufficient research, in pointed terms.

@SaraBareilles @kelliohara @HarveyFierstein @ChrisisSingin HI. What are y’all doing? Do y’all know ANYTHING about politics in MA? Are you aware that @EdMarkey is fighting for the #GreenNewDeal alongside @AOC? Are you aware that you are backing a man simply for his name? Pathetic.

But the most affecting posts came from theater fans, who wrote passionately about their disappointment in their Broadway heroes.

23-year-old Emilee Clapp, a musical theater actor who was vocal on social media about the concert, said in an email to Boston that she found it confusing that these stars were supporting Kennedy. “Senator Markey is the most progressive Democrat in the Senate, and these people represent a community that frequently touts its progressive views,” she writes. To capture the attention of the performers, Clapp began replying to tweets about the event, and penned an emotional Instagram post. “Dee, you were my first Elphaba when I was 13,” she wrote, tagging Wicked actress Dee Roscioli. “PLEASE DONT DO THIS.”

A number of Markey fan accounts also began taking part in the pile-on. A Twitter account under the name “theater kids for ed markey” was born, and a Twitter thread by @edsreplyguys also quickly began picking up steam shortly after the announcement was made. “Okay theatre nerds drop your broadway/off broadway/theatre kids for ed markey throwback pictures below!” the initial tweet instructs. One only needs to scroll past a handful of the photos of teens in caked-0n stage makeup and sparkles to understand: There are many aspiring thespians on Team Markey.

Plants won’t even have a CHANCE to take over the world if we destroy the climate!! (Is this a bad argument? At least Ed has better style than Seymour) pic.twitter.com/Xses3Ow614

“Apparently, the theater grassroots is very passionate about the need to fight climate change and the Green New Deal,” John Walsh, Markey’s campaign manager, said in a statement to Boston.

And they got results. While not all the Broadway Sings for Joe Kennedy III stars were receptive to the tidal wave of Twitter activity (Fierstein appears to have blocked several of the people who tweeted at him, though he later retweeted a link from the Markey campaign website), several responded to the criticism by dropping out of the event. An update to the initial Playbill story announcing the concert states that Kelli O’Hara, Solea Pfeiffer, Andrew Barth Feldman, Benj Pasek, and Justin Paul would no longer take part in the fundraiser. O’Hara and Pfeiffer also tweeted about the incident directly.

I’m not part of this fundraiser. Just FYI. But I DO love all this passionate back and forth about who we vote for and and why we vote for them.

I am no longer a part of the Joe Kennedy fundraiser, and so grateful to be a part of a generation that pushes each other to use their platform in a way that aligns is with their values. I hear you guys loud and clear. Thank you, thank you, thank you. ❤️

The concert has since been officially postponed. A statement from the Kennedy campaign, first published by Theatre Talk Boston, doesn’t mince words:

We are heartbroken by the cyber-bullying so many of our event participants were subjected to. The toxic nature of political Twitter is nothing new, but the level of vitriol Senator Markey and his supporters have unleashed during this campaign is unprecedented. This is a huge part of the reason Joe decided to challenge a 47-year incumbent in the first place. Because he understands how sick and tired people are of this kind of politics. At the end of the day, this is a race between two progressive Democrats from Massachusetts. We should be able to engage in a spirited debate about who is the best leader for this moment without tearing down the other team.

This statement, unsurprisingly, sparked another round of criticism from social media users, who say the tweetstorm was mostly polite, and that it’s thus disingenuous to characterize the incident as “cyber-bullying.”

“Many of the statements from the performers who withdrew thanked the community for their willingness to have a dialogue about these vital issues,” Clapp pointed out in a message to Boston. “If Kennedy can’t handle the theater community requesting that their idols reconsider their participation in a fundraiser…I am not convinced he can handle being a Senator.”

As the Massachusetts primary on September 1 quickly approaches, Kennedy and Markey are in a dead heat when it comes to fundraising, and polling results have been inconsistent. In other words, it’s still anybody’s game—but after this weekend’s events, it seems safe to say that if Senate races were determined by metrics like “number of supporters who saw the Cats movie” or “whose voter base could put on a stronger impromptu performance of Les Mis,” Markey would have this one in the bag.