UPDATED: How Isaias Will Impact Boston as the Storm Heads to Massachusetts

It's headed up the coast toward the city now. 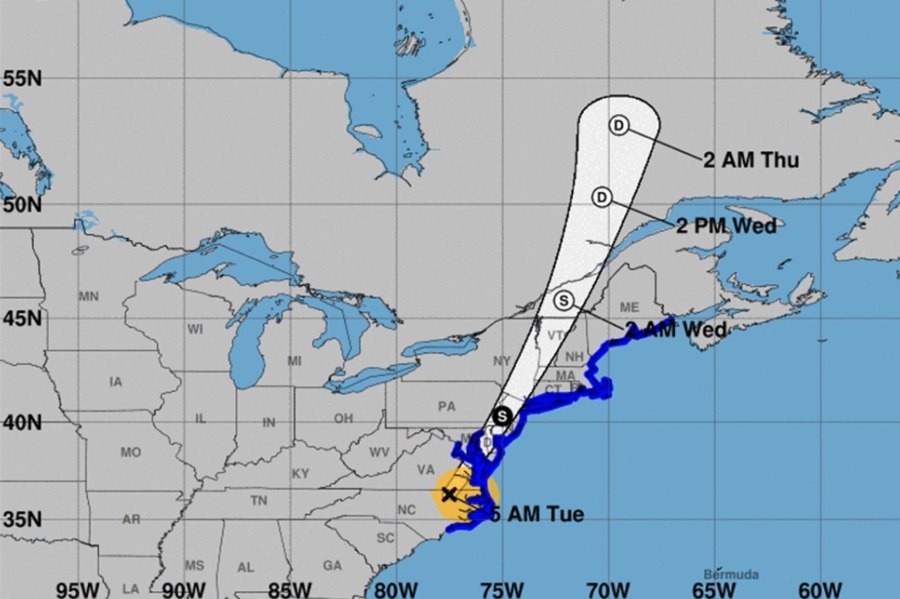 Update 5 p.m. Tuesday: As Isaias heads to the region, Massachusetts is on high alert for tornados. A tornado watch is in effect for the entire state, as well as parts of Connecticut, New York, Rhode Island, Vermont, and New Hampshire, until 9 p.m. A tornado warning—for which residents were urged to seek shelter in their homes—that was issued for Leominster, Fitchburg, and Gardner expired at 2:45 p.m. Later, another tornado warning was issued for a large swath of central Massachusetts, including Leominster, Clinton, and Ayer through 5:45 p.m.

[130 PM] Here we go again… With a Tornado Watch issued for all of MA, RI, and CT until 9 PM, be sure to have multiple ways to receive weather alerts and have a safety plan in place. #MAwx #CTwx #RIwx #severeweather https://t.co/B4uHjLcaqI

[130 PM] Here we go again… With a Tornado Watch issued for all of MA, RI, and CT until 9 PM, be sure to have multiple ways to receive weather alerts and have a safety plan in place. #MAwx #CTwx #RIwx #severeweather https://t.co/B4uHjLcaqI

The National Weather Service has also released a newly updated briefing for the storm, which is set to bring wind and rain this afternoon.

Earlier: Isaias, the powerful weather system making its way up the coast, is expected to blow into Boston as a tropical storm on Tuesday, bringing with it some heavy winds, a bit of rain, and some angry seas.

Most significantly, the city is likely to be walloped with winds gusting up to 50 miles per hour, which could lead to scattered power outages, the National Weather Service of Boston is reporting. Rainfall is expected to be comparatively low—about an inch to an inch and a half—in the city, while the western part of the state could see between 3-4 inches, or up to 6 inches in some areas.

“The system is moving pretty fast, so higher winds are late tomorrow afternoon through just after mid-evening, at 9 p.m. or 10 p.m. or so, so that six-hour window is the best chance for wind,” says NWS meteorologist Bill Simpson. “The further west you go, the more rainfall, and parts of the Connecticut Valley and Western Mass will have higher wind gusts.”

The region may see some “minor” storm surge flooding along the coast, as well as the possibility of some “isolated tornadoes,” the NWS says.

If you’re planning on heading to the beach Tuesday or Wednesday, you’re likely to encounter some impressive, but possibly perilous waves. So Simpson advises beachgoers to keep an especially keen eye out for rip currents before taking a dip.

Further south, the storm has already grazed Florida and was on path to hit the Carolinas as a Category 1 hurricane, prompting warnings from NWS about flash floods.

Widespread 3-6 inches of rainfall from #Isaias will result in flash and urban flooding, some of which may be significant, from the eastern Carolinas and mid-Atlantic, continuing up the East Coast over the next 3 days. Roads will likely be flooded, don’t drive through them! pic.twitter.com/gj9PFpp6gA