I Hate Cars, but Thanks to COVID I’m Buying One

They make Boston worse, but what am I supposed to do? 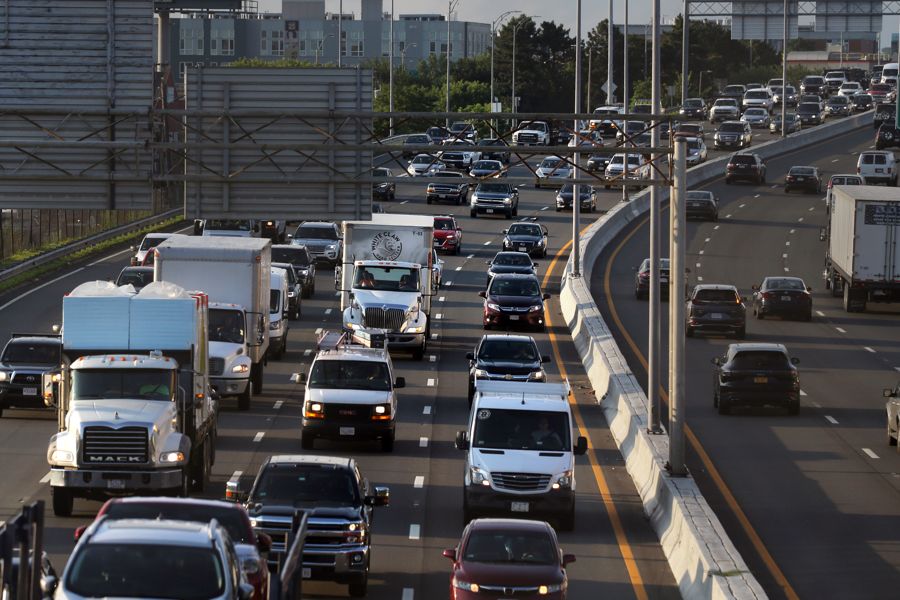 I have a confession to make: I’m buying a car.

When I moved into Boston proper five years ago, my wife and I couldn’t have been happier to be rid of ours, and to surrender our fates to the MBTA, for better or worse. We were certain we were done with cars indefinitely, maybe forever, and swore we’d never be tempted by a luxury we came to see as a poisoned chalice. Cars are burdensome, expensive, toxic-fume spewing machines. They’re a pain in the ass to park and a blight on cities—especially cities like Boston, proud home of the worst traffic in the nation, thanks to a glut of road-bound commuters, and a maddening tangle of narrow, winding streets awaiting them downtown. If you’d told me five months ago I could snap my fingers and make half the cars in Boston disappear, Thanos-style, I would have done it.

But in so many ways, it is not five months ago. So now, for the first time in a very long time, here I am, browsing websites for local car dealers and acquainting myself with Carvana, with an icy mound of shame floating in my gut.

I’m not proud of this, but what am I supposed to do? My wife and I live in East Boston, separated from the rest of the city by a harbor that rules out even bike riding as a feasible alternative. We made a commitment to one another during the pandemic not to take any chances using the T or ridesharing to get around, and it’s just not practical to haul all our groceries a half-mile up a hill multiple times a week. Much of the city has started to come alive again, with ample places to dine out in the safety of the outdoors, but without the T, it’s awfully hard to enjoy it. A car gives us the freedom to take drives to the beach or to do socially distanced hangs with friends outside the neighborhood. Frankly, the prospect of spending the summer with our options limited to what’s in walking distance sounds like enough to drive anyone nuts. Even though a car is barely in the budget these days, it seems like our only way to get around.

I’m not alone in this quandary. A July survey from Cambridge-based CarGurus found that 22 percent of current car-shoppers nationwide hadn’t considered buying one before the pandemic. The most recent census data, from 2016, shows about a third of households in Boston don’t own a car. But for even the most comfortably car-free urbanites, the coronavirus pandemic has changed the calculus. What that means long-term for the vibe of the city, not to mention the air we breathe or the catastrophically warming planet, remains to be seen. But it is definitely not good.

I was also surprised, and maybe even a little relieved, to find out journalist and Boston contributor Miles Howard, who has written extensively about and advocated for public transit, was shopping for cars at the same time I was. Like me, he left the city to live with family at the start of the pandemic and had recently returned to his apartment in the city. He says he had every intention of relying on the T again when he moved back, but felt his will evaporate when he saw his old stop again. “I literally walked from my apartment in Jamaica Plain over to Green Street one day to check it out. It felt like going to see an old friend. But I saw a train pull in and I just knew I didn’t want to go further,” he says. “That was the moment when I decided, You know what? I think I have to buy a car.” Now he’s closing on a 2013 Honda Fit he found on Craigslist, but plans to use it sparingly—and only, he swears, until he feels better about taking public transit again. “It felt so weird, and I still feel torn about it,” Howard says, “but I just knew I had to make that shift.”

Admittedly, my anxieties about public transit don’t exactly square with the science. Study after study suggests trains and buses aren’t the vectors for disease we imagine them to be. Coronavirus infection is much more likely to correspond with race, poverty, and living and working conditions than whether or not you ride the subway. The T has gone to well-documented lengths to sanitize its vehicles regularly, earning praise for its efforts from pro-transit coalition Transportation for Massachusetts, and if everyone you commute with is wearing a mask, the risk of getting sick after a dozen or so minutes on a bus is fairly low. Still, the possibility of needing to get home and finding a packed Blue Line train awaiting me is one I want to avoid at all costs. Although masks on the T are mandatory, commuters have voiced frustrations about people who, despite everything, are still showing up at T stops without face coverings, and T employees have been forbidden from hassling bare-faced riders. If I did step back on the train and ended up a strap away from a dreaded maskhole, the risk would leap to frightening heights. In the Before Times you’d avoid even momentary eye contact on the subway—what am I supposed to do now, scold people myself?

So it’s no surprise that fear of the T appears to be keeping people away. Even as Boston’s outdoor patios have been bustling with diners and shops have finally flung open their doors, ridership on trains has not moved beyond 25 percent of where it was pre-COVID. On buses, it’s at 40 percent. That collective reluctance does make it safer than it might be at full-tilt, crowding-wise, but even at reduced ridership that much prolonged exposure to strangers is still a nonstarter for me. Puttering around in a car is looking like a better option than ever.

This may not be a short-term shift in behavior. In May, a MassINC survey found that even after the worst was behind us, about a third of respondents would cut down on public transit, carpools, and ridesharing, and as many as 28 percent would likely do more trips in their cars, alone. Fifty percent thought traffic would stay the same once this is all over; 28 percent thought traffic will be worse. The CarGurus survey of its car shoppers found that 58 percent intended to use their purchase to cut down or eliminate their use of public transit—a figure that CarGurus’ director of customer insights Madison Gross says points to attitudes that may be here to stay. “It was one of the really large swings in consumer sentiment that we noticed when we did our first study in April,” she tells me, “and it’s really kind of stuck around.”

Transit advocates have long warned of this phenomenon. Car ownership is sticky: Once you have one, you tend to use it, and keep it. Chris Dempsey, T4MA’s director, insists he isn’t judging me for craving the freedom of a car, but what, he asks ominously, if thousands of Bostonians make the same choice as me, and morph into long-term gas-guzzlers as a result? “Then that’s a city and a region that is going to work even less well than it did before,” he says. That, more than anything, has left me stricken with guilt these past couple weeks while browsing local listings for cheap sedans. In so many ways, cities have been going the opposite direction recently, turning over streets to bikes and restaurant seating, and rediscovering the joys of moving around outside. The respite pollution-ridden urban areas have gotten from smog offers irrefutable proof of how much quality of life improves with fewer cars on the road.

I’m aware of how hypocritical it is do this much belly-aching while dipping my toe back in the car-centric lifestyle, and know feeling guilty about it doesn’t help anyone. But maybe, if many of us are getting back behind the wheel for the first time in a long time, it would do us all some good to feel a little gross about it, and not get too comfortable cruising around willy-nilly in single-occupancy metal boxes. At least for the next few months, though, it looks like I’ll temporarily, and begrudgingly, be part of the problem.