Who’s to Blame When a Violent Offender Gets Bailed Out?

It's not the bail fund. 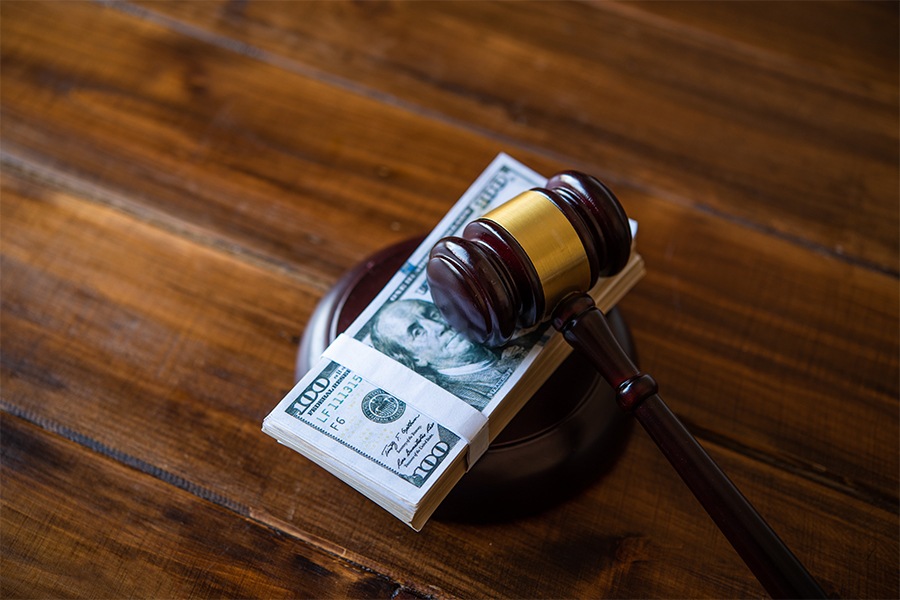 When Shawn McClinton was released from jail in July, according to police, the twice-convicted rapist didn’t waste much time before he struck again. Awaiting trial on another assault charge, McClinton allegedly raped a woman at knifepoint in Dorchester. The attack came just a couple of weeks after a local nonprofit called the Massachusetts Bail Fund posted his bail, enabling him to leave jail after spending two years in detention without a trial.

The law enforcement establishment didn’t waste any time, either: Attorney General Maura Healey called the fund’s decision to post the $15,000 bail “dangerous and irresponsible.” Police Commissioner William Gross called the bail fund a “detriment to society.” Even Suffolk County District Attorney Rachael Rollins, roundly considered a progressive prosecutor, criticized the organization, whose stated mission is to post bail for low-income defendants so they can await trial from home just as wealthier defendants do. Soon a Boston University radio station canceled its planned fundraiser for the group, saying it didn’t really understand what the fund did. An avalanche of negative coverage in the media all but painted the bail fund as responsible for the rape.

Make no mistake: The rape was both tragic and avoidable, but the media and our top law enforcement officials have overwhelmingly gotten this story wrong. Lost in the uproar are a few inconvenient facts: The bail system worked in McClinton’s cases precisely as it is supposed to, and if anyone is to blame for a dangerous defendant being let loose on the streets of Boston, it is the District Attorney’s office, not the organization that picked up his bail bill.

In light of the confusion, perhaps a primer on bail is in order. Ideally, bail is not a way to detain someone accused of a crime before their trial, but the opposite: a procedure for releasing the defendant. When a prosecutor asks a judge to set bail as a condition of pre-trial release, the dollar amount is supposed to be low enough that the defendant can afford it, but high enough that the defendant is incentivized to return to court for trial, at which point the money is returned. This, says Colin Doyle, a Harvard Law School lecturer whose research often focuses on bail issues, is the one true purpose of bail.

The problem is that the process often fails to work as intended. Assigning unaffordable bail that keeps people detained pre-trial is unconstitutional, Doyle says, but statistics from the Massachusetts Trial Court’s Department of Research and Planning show that the vast majority of defendants being held pre-trial—including for nonviolent offenses—remain in jail because they can’t pay their bail. In fact, over the past decade, the number of people being held in pre-trial detention in Massachusetts has, for the first time in history, exceeded the number of people being held post-conviction. Trial court statistics also show that in Massachusetts, non-white defendants are more likely to have bail imposed and more likely to be held on unaffordable bail than white defendants. The setting of unaffordable bails is precisely the reason why there are bail funds throughout the country, including the one here in Massachusetts. “The story right now has been framed as exposing the bail fund for bailing out a dangerous person,” Doyle says. “What it actually exposes is the government regularly engaging in an unconstitutional practice.”

This is not to say that McClinton should have had a lower bail. As a violent offender, Doyle says, McClinton should have had what is called a “dangerousness hearing,” during which a judge could have decided whether he should stay in jail until trial. According to the Suffolk County DA’s office, a dangerousness hearing was not held in McClinton’s case even though experts say his criminal track record makes him exactly the kind of defendant these hearings are designed for. “This is a prosecutor problem, not a judge problem or a bail-fund problem,” says Nancy Gertner, a former federal judge and Harvard Law professor. “The person who dropped the ball is the prosecutor who didn’t say ‘this guy is dangerous’” and request the hearing.

McClinton’s original bail hearing was held before Rollins was elected as Suffolk County District Attorney. Rollins, however, has defended the office’s decision not to request a dangerousness hearing while criticizing the bail fund for its actions. Her office declined a request for an interview but in a statement said a dangerousness hearing would have retraumatized the victim. Doyle disagrees. “Witnesses are not required to assist in dangerousness hearings, full stop,” he says, adding that rules of trial do not apply, and judges can consider victims’ statements in police reports. Doyle suggests another reason that prosecutors will forgo requesting dangerousness hearings and instead request unaffordable bails: It’s easier.

Both Gertner and the Massachusetts Bail Fund, for its part, believe the narrative that the public is being fed about McClinton’s case is an attempt to maintain the status quo in law enforcement precisely at a moment of unprecedented mobilization demanding police and criminal justice reform. “The outrage and shock from stakeholders are disingenuous,” bail-fund board member Jessica Thrall says. “All of them know exactly how bail works.”

So, yes, we all should be outraged about the McClinton case. But not for the reasons our top law enforcement officials insist we should be.