The MBTA says an increase is on the table as it seeks to solve its budget woes in the midst of a pandemic. It shouldn't be. 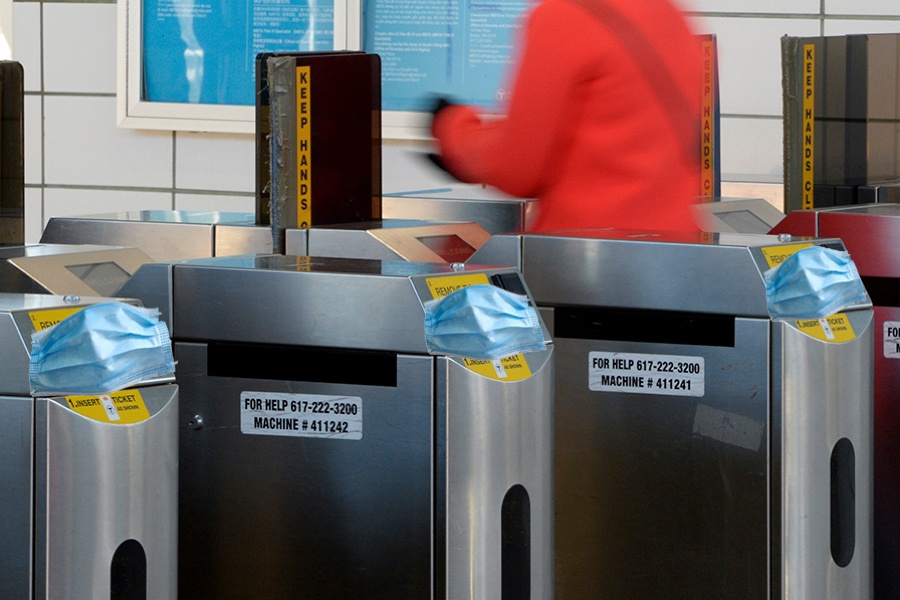 The MBTA has a serious budget issue on its hands. With so many would-be commuters working from their living rooms, ridership on public transit around Boston has plummeted. And since fares typically cover about a third of the T’s budget, the agency is preparing for a coronavirus-sized hole in its balance sheet, one that may require drastic action to repair.

Thus far, federal relief funds for transit to the tune of more than $800 million have helped the system get by, but as officials said this week, it won’t be enough. At a meeting of its Fiscal and Management Control Board on Monday, the T’s overseers said they’re expecting a gap in the fiscal year 2022 budget of between $308 million and $577 million, and General Manager Steve Poftak said it was “premature to take anything off the table” when it comes to this problem, according to the State House News Service. And of course, everything being on the table means the MBTA may soon be looking at fare hikes… again. But what if we just skipped that whole discussion this time through? What if the MBTA was free?

Talk of killing T fares once and for all reared its head in earnest early last year, when City Councilor Michelle Wu proposed it in response to another fare hike. She has also included it in a plan for sweeping environmental reform, a “Boston Green New Deal,” which she rolled out earlier this month.

“This is really a moment where transit agencies across the country have to rethink financing. We’ve seen during the pandemic that systems that were very fragile have collapsed. And similarly, the way that we have been thinking about who should pay for transit and what the purpose of that transit is hasn’t been working,” Wu tells me. “We have to take this moment to realize just how much of a lifeline transit is, that we need to affirm that public transportation is a public good. And we have to start funding it that way.”

The fact is, ridership is down, and is likely to stay that way, even after the worst of the pandemic passes. So why would we continue to tie the fate of the MBTA to the number of people who ride it?

It’s easy to dismiss the idea as a pipe dream, and the T has pointed out that revenue from fare increases has helped the agency pay for needed infrastructure improvements that would be impossible without a huge pot of money materializing at the State House. But as transit advocates have long said, a fully functioning T is itself essential to the health of the state’s economy, and has an impact on the prosperity of every worker regardless of whether they actually use it. As the state tries to come back from the pandemic-related economic crisis, quality and equity on public transit could undergird that recovery.

When better days arrive, it would also help encourage people to get back on public transit again. The T has done its best to reassure people of the relatively low risk of taking buses and trains in an effort to encourage public transit use, and a free ride might dissuade transit-riding Bostonians from switching over to driving cars, and nudge those who bought cars back onto the T when this is all over. Eliminating fares is a proven way to get more people to ride public transit—just ask Lawrence, which saw ridership spike after the city offered free buses on three routes.

In the past year, transit activists have focused especially on eliminating fares for buses, a move that, in addition to saving riders money, would also speed up boarding and cut down on crowding, as well as face-to-face-interactions between fare-payers and drivers. The group Livable Streets Alliance has argued that the budgetary impact of doing so would be minimal—about $36 million a year to stop collecting fares on buses in Greater Boston, or $60 million to do it statewide—once the costs associated with collecting fares are taken into account.

“Buses run faster when they’re not collecting fares, and it’s just not that much money, especially in a $400 million deficit, to just stop collecting fares on buses,” the group’s Executive Director Stacy Thompson says. “Fare-free buses would mean we have an efficient, flexible system. It would mean that anyone, if they’ve lost their job or not, can get on the system, get to essential services. And we’re literally talking about pennies.”

By Livable Streets’ calculation, it would take about a two-cent addition to the state’s gas tax to cover fare-free buses statewide. History has shown that Massachusetts voters hate paying more at the pump than just about anything, and have consistently voted down measures that would do so. But it’s illustrative to show how relatively low the per-person cost of reforming the T is when spread out to everyone in the state, and not borne disproportionately by people loading up CharlieCards.

Boston wouldn’t even be the first to consider such a dramatic change: The Los Angeles public transit system this week announced it’s forming an exploratory committee task force to weigh the possibility of ending bus and train fares in the city. And assistance from the federal government could help get a fare-free T past the finish line. In June, Ayanna Pressley and Ed Markey introduced legislation, called the Freedom to Move Act, that would see $5 billion in federal funds used to help states transition to fare-free transit systems.

The bottom line is that fare increases are not a law of nature, even in a budget crunch. And neither are fares, period.