Behind the Byline with Rowan Jacobsen

Learn more about Boston contributor Rowan Jacobsen, who’s gone eye-to-eye with a sperm whale in pursuit of a good story. 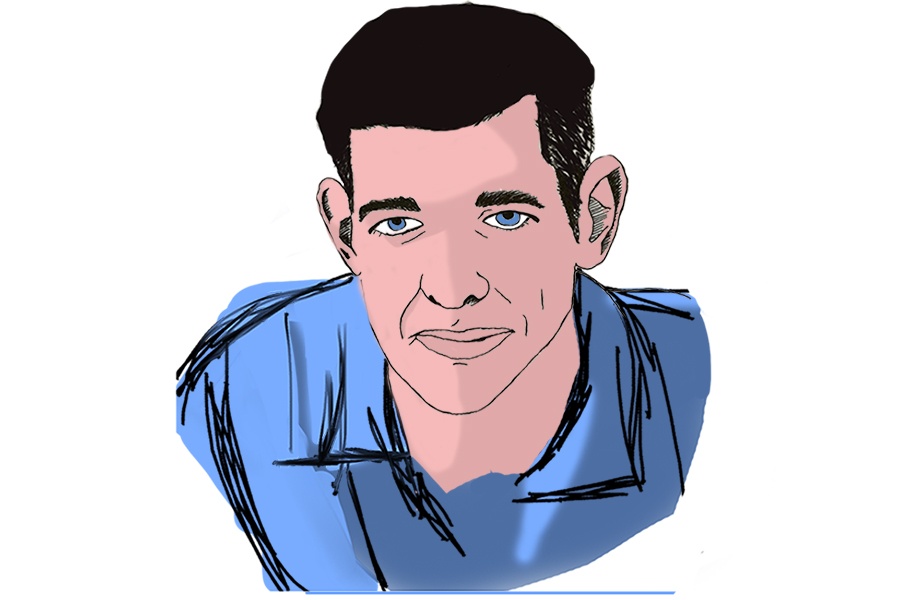 Rowan Jacobsen is an award-winning science writer and Boston magazine contributor who often covers the relationship between food and the environment. But when he saw a junior Broad Institute scientist tweeting (and being brushed aside) about her efforts to publish research suggesting COVID-19 could have been created in a lab, he knew there was more to the story—read all about what he learned here. He has written for Harper’s, Outside, Pacific Standard, Mother Jones, Vice, Scientific American, Yankee, Orion, Food & Wine, The New York Times, Huffington Post and Medium, among others. We caught up with Jacobsen to learn more about his writing and the unique challenges of reporting this story.

Given how inundated we all are with COVID coverage, how were you able to find this story in the haystack?

I’d written about this area of science quite a bit, so I knew that the risk of pathogens escaping from labs was significantly higher than most experts were letting on in the early days of COVID. Alina Chan was the first highly respected scientist to speak openly and honestly about the possibilities (in papers and on social media), so she caught my attention! And then I watched the establishment try to minimize her.

What made you pursue science writing after covering food?

I’ve really always been a science and nature writer. But I write for a mainstream audience, so I always look for avenues to explore science & nature through things that most people have a built-in interest in, and food is pretty much at the top of that list. (No sex books so far…)

What is the weirdest or most interesting assignment you’ve ever worked on?

So many. I find that general society has a normalizing effect on our behavior and thinking (which is probably a good thing), so many of the most interesting things that tell us more about ourselves and the world happen along frontiers and edge cases (whether geographic or simply ideological). I’m always seeking out those cases. I just went eye-to-eye with a sperm whale in the Caribbean. I went upriver into the heart of the Amazon with a German chocolate maker who was trying to partner with the local tribes to produce chocolate from the wild cacao that grows there. I smuggled myself into Kachin State, in northern Myanmar, and embedded with the Kachin Independence Army while they were fighting their civil war with the Burmese Army. I’ve eaten a lot of bugs and invasive species. I paddleboarded the Colorado River from the US-Mexico border south into the delta when they released a big pulse of water into it a few years ago. I genetically engineered my own spit with a biohacker in Oakland a few years ago. I volunteered for two weeks counting fish on a NOAA research vessel in the Gulf of Maine (while I had the flu). Through all this, I’ve learned that the world bears only the slightest resemblance to the one reflected to us by media and traditional education.

What was the most difficult part of writing this piece?

Scientific debates don’t always play out in ways that are compelling or easily digestible for general audiences, so my challenge in this piece was to make the science comprehensible without bogging down the narrative in too much detail, and helping the reader to see what was at stake for the main character (which is how you make the science compelling). It’s a risk to try to build a narrative out of dueling science papers and Twitter posts. Hopefully I succeeded!

Are there any writers you are reading a lot from lately and learning from?

I just read an amazing book by Stuart Ritchie called Science Fictions. It’s about how the system of science, as practiced, encourages lots of bias, to the point where few published studies are actually meaningful. The system needs to change. I think this subject is going to get a lot more attention in the future.

Are there other topics you feel are being underreported now due to publications prioritizing COVID?

Pretty much everything else. (See above.) One thing that concerns me, and that COVID has accelerated, is the migration from physical/biological life to digital life. Now even work and school is mediated by screens and CPUs, and I’m not sure that’s going away after this.

What is the most difficult part of science writing?

Making it compelling for a general readership. The trick is to make it a detective story, because every scientific endeavor is about trying to solve a mystery. The other trick is to get in the head of your protagonist and really understand what’s at stake for them.

What was your experience as a science writing fellow at MIT in 2017?

It was a blast. Having such incredible access to so many cutting-edge ideas at MIT, Harvard, and at innovative companies in the area like Ginkgo Bioworks gave me more ideas for great stories than I could ever pursue. I need another year!

What makes writing about Boston interesting?

Few cities in America have the texture that Boston does. So much history, so many different intellectual ideas mingling in the cafes and commons. When New England becomes its own country, it will make a spectacular capital!