An Appliance Shortage Is Rattling Boston, and Me

The COVID era has made household necessities much harder to come by. Better hope your oven doesn't break! 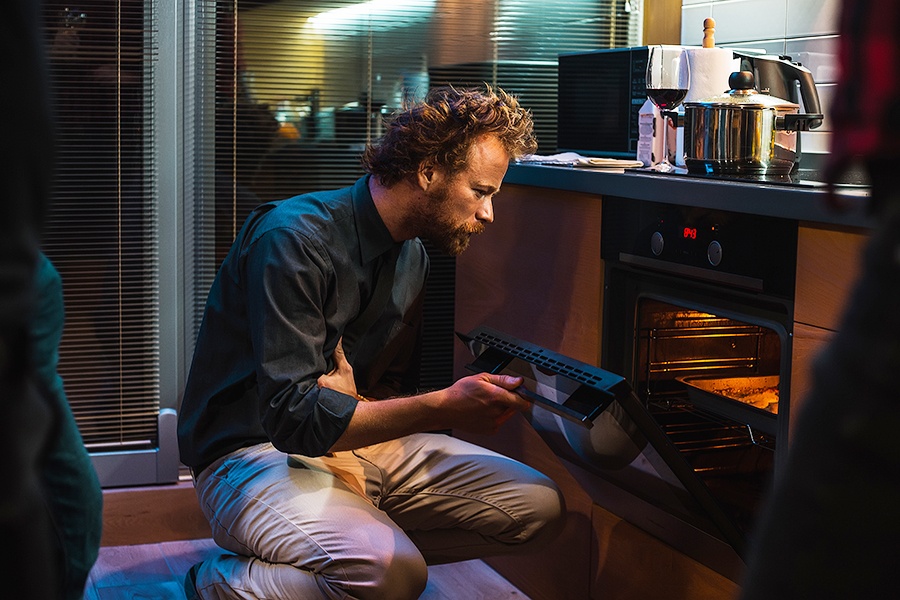 Almost immediately after we moved back to our apartment this summer after quarantining in the ‘burbs, we had a problem: Our oven was on the fritz. The stovetop worked just fine, but the little stopper on the pilot in the oven area had quit working, rendering it about as useful cooking-wise as a big metal cabinet. Our landlord sent over a mechanic, who took a quick look at the tiny piece of machinery and declared the entire oven-stove unit totaled, then hustled back out the front door in about a minute and a half, off to assess the damage at countless other quarantined city-dwellers’ homes.

Losing an oven is no small thing in our household. My wife, a furloughed event planner and cooking instructor, was at that moment launching an online cooking class and needed functioning equipment to educate paying customers remotely. Cooking is also one of the last remaining quarantine-proof pastimes for her. Making baked goods and dropping them off at friends’ places was one of the primary ways she kept it together during the early days of the pandemic.

But we didn’t panic at first. One of the few benefits of renting a place instead of owning it is that someone else pays when things break. We figured we’d call our landlord and he’d have a new one sent to us in no time. No sweat!

That was July. It’s now October, and as of late last week our apartment remained oven-less. Back in July, our landlord called a big-box retailer, which promised to deliver us a new one on such-and-such date, only to cancel at the last minute. Then he called another retailer, which also bailed on us the day before its ETA. The stores that didn’t screw us over like this shrugged—they just didn’t have ovens available. Our landlord was doing the best he could, but there were no ovens to be found.

As it turns out, we’re not the only ones in a predicament like this. COVID has, I have since learned, put incredible strain on the home appliance marketplace, leading to unprecedented backlogs in orders for driers, dishwashers, microwaves, and all other varieties of durable goods—including, yes, ovens. In late September, NPR tracked down and interviewed a woman who reportedly bought “the last full-sized refrigerator in all of San Antonio.”

There are many reasons for this. For one, demand for home remodeling products of all kinds has begun to spike, as people cooped up inside and cooking at home more than ever before have opted to spruce their surroundings up by redoing their kitchens or building back decks. Revenues at home improvement chains are off the charts: Home Depot saw sales go up 23 percent last quarter compared with the same time period last year. Contractors in Boston have begun warning clients that a surge in demand for renovations has led to delays in getting projects off the ground.

But when it comes to appliances themselves, the bigger problem appears to be supply, according to Jay Zagorsky, economist at BU’s Questrom School of Business. When COVID era lockdowns forced factories around the world to close earlier this year, he says, that led to major disruptions in supply chains for appliances. Factories that were designed to pump out roughly the exact amount of ovens that American consumers buy in a given year—no more, no less—had to hit pause, and they’re still playing catch-up. What’s more, the shipping and warehousing industries have taken a serious hit, and are not functioning like the well-oiled machines the economy needs them to be. “We still have serious supply issues in this country,” says Zagorsky, who also studied the great toilet paper shortage of 2020. “COVID throws a whole bunch of bottlenecks into the system.”

You can definitely feel the supply chain issues here in Massachusetts, says Howard Freedman, co-owner of the Revere-based Beach Sales Discount Appliances. He tells me a shortage of appliances has led contractors and home-renovators who might normally be searching for specific models and styles of ovens to settle for whatever will fit in their kitchens, or else waiting months for everything on their wish lists to arrive. “We are all being very creative,” co-owner Howard Freedman tells me, “but at this time, the sales are very high, demand is very high, and product availability is very low.” Still, business is booming—busier since June, he says, than at any point in his 50 years with the company. That’s more than he can say for other industries right now. “It’s a good problem, as my father used to say,” he says. “But at the same time it is a little bit frustrating.”

By late September, my oven problem had gotten more pressing. Laura had just landed a job with a local private chef company, one that would require her to make multiple days’ worth of meals for families in our apartment, then deliver them to customers’ doorsteps. The oven had become a necessity, and, as I told my landlord, essential to us being able to pay the bills. And, well, him.

In the end, we were finally able to track down an oven at a Boston-area appliance store. Not willing to wait any longer, or chance another botched delivery, my landlord and I arranged to pick it up in person, squeeze it into the trunk of my car, and then haul all 140 pounds of it up the stairs to my third-floor apartment ourselves.

So consider yourselves warned. In 2020, a malfunctioning pilot light has gone from temporary inconvenience to major headache. If you need a new oven in a pinch, you may have a treasure hunt on your hands. Just remember to lift with your legs.