Experts warn that remnants from Hurricane Delta are likely to put a serious damper on leaf-peeping season. 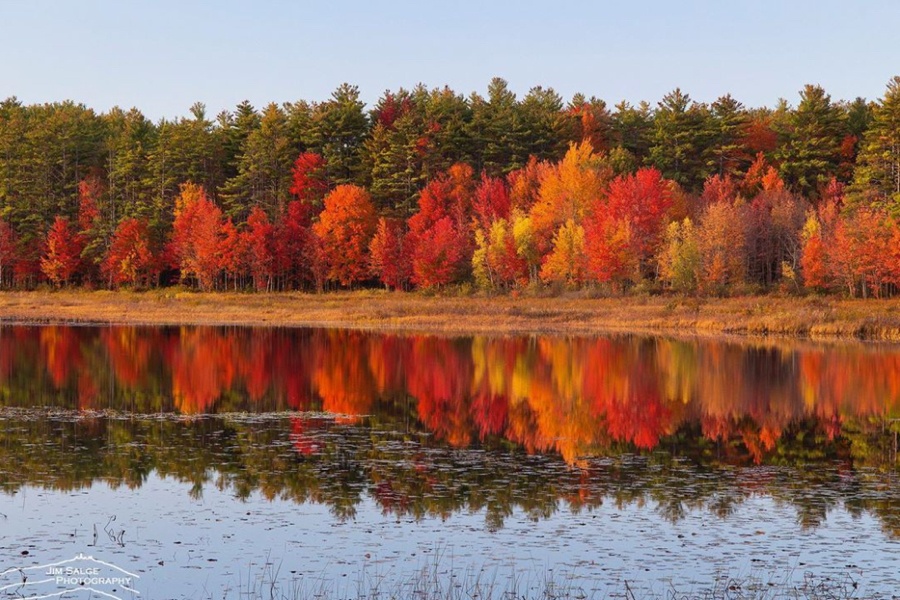 Don’t look now, but all those brightly colored leaves that popped up early this year, giving much of New England a premature dose of peak foliage, are in mortal danger.

That’s according to Jim Salge, the resident foliage expert at Yankee magazine, whose outlook on the region’s signature seasonal sights is looking pretty grim right about now. He tells me the drought conditions caused by a dearth of rain this summer, combined with cool temperatures into the fall have led to an unusually bright, and unusually short season up here. And now, with a relatively strong storm headed in our direction—remnants of Hurricane Delta, which hit Louisiana as a Category 2 storm this weekend—it’s likely that many of the colorful trees will be wiped clean. It threatens to accelerate a trend that has already made it a pretty difficult year for leaf enthusiasts.

“The first sign of stress from weather, be it a little wind or some rain, is just taking the fall foliage right now. Up in the Great North Woods of New Hampshire, they had peak season and stick season with like three or four days. The color is just going really, really quick,” he says. “Because of the drought, the trees are stressed. And they aren’t able to hold on to the leaves, because they’re generally so dry. The color has been very bright, but very brief.”

Forecasters expect blustery winds and rain to land in the region beginning Monday night and through Tuesday, as a low-pressure system from Hurricane Delta combines with a cold front. Easterly winds are expected to gust up to 20 miles per hour, and gusts on the coast could reach 30 miles per hour, says NWS meteorologist Torry Gaucher. So it won’t be nearly as powerful as the storm that blew through last week, toppling trees and cutting off power across the state with 70 mile per hour winds.

But when it comes to autumn leaves, timing is everything. And there are already lots of bright, and therefore vulnerable, leaves on the branches right about now. For Salge, who in addition to studying foliage is also a leaf-peeping photographer, that’s a pretty big bummer. “It’s frustrating,” he says with a laugh. “Usually, I have a beautiful three day weekend to explore all my favorite areas in and around and north of the White Mountains. And this year, I haven’t been able to do that.”

I spent a few hours wandering along Rt. 89 yesterday afternoon, and found a lot of mixed conditions, but some areas of bright color. The oaks definitely have yet to turn, and the early September color is unfortunately now down as bare in some places. But the hunt was worth it for the occasional very bright patches! This small scene caught my eye in Henniker!

Still, he’s had some success roaming through forests a little further south than he’s accustomed to this early in the season, and has seen promising signs that trees in the White Mountains and coastal Maine still have a lot of hearty green leaves that can weather the wind and rain. The same can be said for spots further south, in much of Massachusetts, and especially Connecticut, so there is still time to get some of those seasonal sights in.  On Sunday, Salge took a successfully photogenic trip to Henniker, New Hampshire. But, he says, “I’m assuming that with this the storm, with the cold front wind, a lot of that color that I photographed yesterday is going to be gone.”

His advice for anyone who hasn’t yet had a chance to get their fill of leafy hikes and long drives?