Does Anyone Else Feel like the Only Person Who Stayed inside All Summer?

Social media-induced FOMO during a pandemic is a complicated emotion. 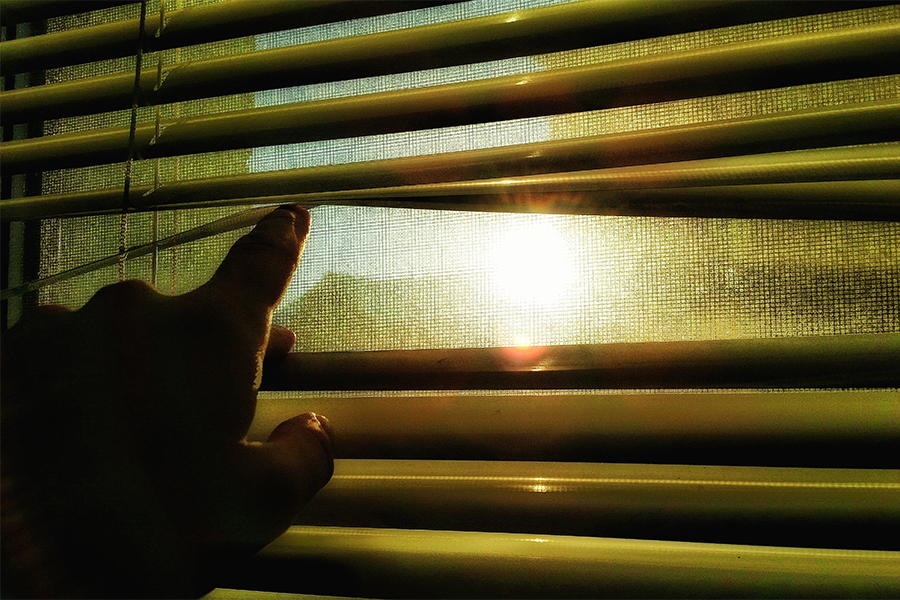 Reading that, you’re either nodding your head in agreement, or you can’t believe I haven’t been dining outside all summer. After all, patios have been open since June, and in the months since, to the best of my knowledge, no positive Covid cases have been traced to dining on patios. Yet I held off on doing it for all the safety and health reasons you might expect. At the same time, though, I had also started to feel like the last person in the state who wasn’t doing it. Scanning my social media feeds was making me feel like every single person I knew had basically gone back to normal life—I spotted picture after picture of people hanging out together as they typically would, going on trips together, hitting up their favorite bars, and returning to some sense of regular life. Now, as the temperature starts to drop, it’s all made me wonder: Am I the only person who didn’t go outside this summer?

We all experience a sense of FOMO from time to time. There’s almost no way to be an internet-using sentient being in 2020 without being bombarded with the notion that other people are just living life better than you. And whereas in the past this feeling might simply have been a generalized annoyance that a vague acquaintance you never liked that much is having more fun than you, that feeling takes on strange new dimensions during a pandemic. Instead of the concern that you’ve simply chosen the wrong activity for your weekend, you’re now left to wonder if, like some kind of chump, you’ve been expressly not having fun when you could have been. Except, of course, you’re not exactly sitting on your couch for the 70th day in a row because you love breathing your own carbon dioxide. You’re sitting there for a very good reason.

I’m well aware we’re being told by our governor and public health officials that it’s safe to take part in a much wider range of activities than I’ve elected to do (and of course, there’s the huge and glaring fact that my job means that I can elect to stay in). And I understand why people listen to them. I must admit, I feel like I’m losing my marbles from not doing those things. I’ve never specifically wanted to run a long-term experiment on whether it was possible to overdo it on the “recharge” alone time that I usually crave when I socialize a lot, but I’m also not usually the person to strap on my tin foil hat about things the government has told me are safe (for instance, I am pro-fluoride in the water). The problem is that 2020 has brought a veritable blizzard of shifting information from public health officials, state governments, and a federal government whose guidance has to be run through a special “is this virus information solely intended to help someone’s reelection prospects” filter. Every time I think I’ve finalized some clear answers about what is and isn’t safe, some new piece of information emerges in the news that sends me back to reading tea leaves.

These are the thoughts that haunt me as I relentlessly reassess whether I’m making the right choices after browsing through a new round of pictures of people enjoying things outside together. It’s a funny experience when I actually talk to my friends, though. They’re all thoughtful, smart people, and yet we’ve come to drastically different conclusions about what to do right now. Some are freely and safely enjoying more aspects of reopening than me. And some are anxiously doing considerably less, with more than one person telling me they were still hesitant to go in grocery stores, which I never stopped doing, even during the earliest days of the pandemic when it felt like the very air outside my apartment was filled with germs.

The only grace I’ve found after eight months of trying to figure out how to deal with this is that I won’t judge people for doing what they need to do to get through this, even if sometimes I’m a little resentful that they’re enjoying things I don’t yet feel comfortable doing. There will always be someone quarantining more strictly than me. There will always be someone quarantining less strictly than me. Neither of them will be at fault for listening to, or not listening to, what the government has to say about what we can do, in a time when we’re constantly learning things about the virus, and when science itself has become so politicized. We will likely be stuck in this miasma of institutional public health messaging failure for some time to come, and I will no doubt tighten and then loosen and then tighten once more my own personal rules around quarantine. I would just prefer if you would all stop posting pictures of having fun without me.