The Latest October Surprise: Snow Is on the Way in Boston

Look for some pre-Halloween flakes Thursday into Friday. 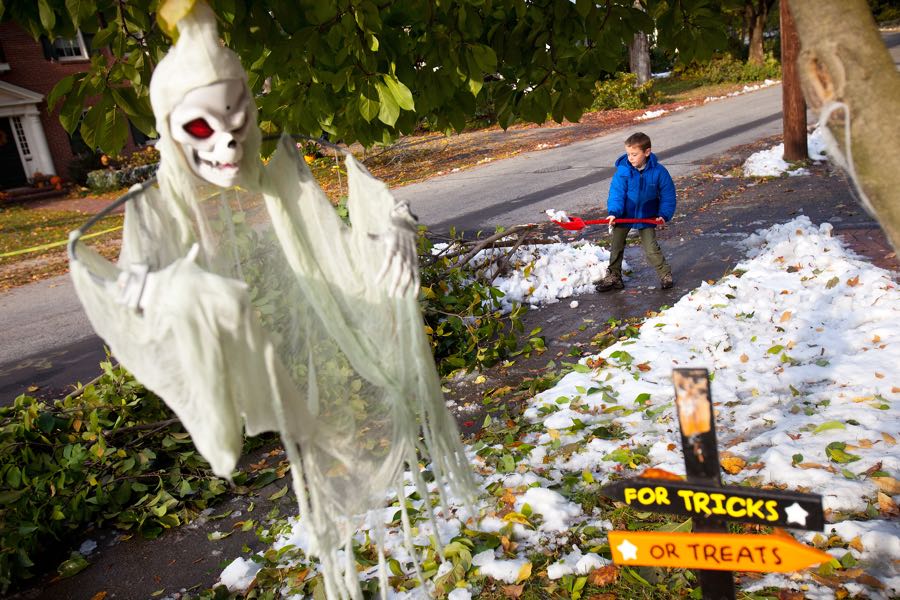 Boston’s snowy season is getting off to a bit of an early start this year, as forecasters say we’ve got some very light and not-entirely-seasonably-appropriate flakes headed to the city this week.

As remnants of Hurricane Zeta waft up the coast to New England Thursday, it’s expected to bring some moisture and cold air with it. So from late Thursday night into Friday morning, you may just see a bit of airborne snow, according to Matthew Belk, meteorologist with the National Weather Service in Norton.

Don’t expect to start doing some spooky snow angels, however. It won’t be cold enough for the city to see much if any accumulation (NWS’ winter weather prediction page estimates a 27 percent chance of more than 0.1 inches gathering on the ground in Boston, with about a 4 percent chance of an inch or more). Further west, towns may see up to an inch at sea level, or a few extra inches at higher elevations, Belk says.

The remnants of Zeta will bring precipitation to New England Thursday and early Friday after making landfall on the Louisiana coast sometime this (Wednesday) evening. https://t.co/YW7hpCYXIO

While it doesn’t happen every year, it’s not uncommon to see October snow in the city. The record remains 1.1 inches, seen during a snowstorm on Halloween in 2005.

As for the holiday itself, if you’re expecting to do some socially distanced trick-or-treating this year, dress warmly. Temperatures are expected to be below freezing in the morning on Saturday before increasing into the mid- to upper-40s.