Golf tycoon David Southworth and financier Joe Deitch are parting ways, but they insist there’s no trouble in paradise. 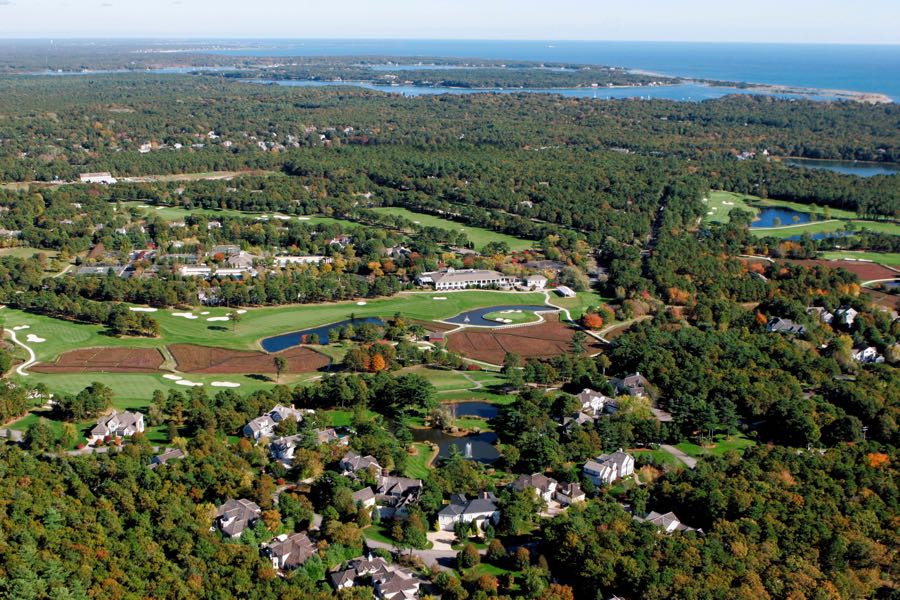 For years, the Willowbend Country Club in Mashpee has been one of the places for local power players to see and be seen outside city limits. Some of the wealthiest and most influential Bostonians summer in the villas clustered near the manicured fairways and on-site working cranberry bogs, and star athletes have been known to spend their retirement hitting the links there. And always in the foreground, making guests feel welcome while turning the community into some of the most sought-after real estate down the Cape, was David Southworth, the 62-year-old golf and resort tycoon with half a dozen high-end properties up and down the East Coast, in the Caribbean, and in the U.K.

Last week, though, Southworth sent the club’s membership into a tizzy with an announcement that seemed to come out of nowhere: After 30 years affiliated with the club and a decade and a half running the business that bears his name, Newton-based Southworth Development, he’s suddenly walking away. He and Deitch announced Friday that he will leave the business in January. “It is with extreme mixed emotions that I write today to announce that I have sold my interest in Southworth Development and all of its communities to my business partner, Joe Deitch,” Southworth wrote in an email to the community. “Rest assured, all is good,” Deitch wrote in an email of his own, adding that he still considers the larger-than-life hospitality and real estate executive a friend, and that “we all have much to be excited about in the coming months and years.”

Not everyone is feeling so optimistic, though. Since the announcement, rumors about the shakeup have been flying among the chatty, deep-pocketed members and residents of the posh community, with some whispering to Boston that they feared the worst: That Southworth, who many have known for decades, was being forced out against his will, or that Deitch might see fit to turn Willowbend’s manicured 27-hole golf course into new homes, or convert it into a dog park or yoga retreat—a sort of Kripalu down the Cape. There has even been talk about pooling funds among members to buy out the property entirely.

But Deitch and Southworth, reached by phone this week, have sought to put all of that chatter to rest. Southworth tells me he’s parting ways with his longtime business partner on very good terms, and that there are no plans for dramatic changes at Willowbend. “It’s amicable, and Joe will tell you the same thing,” Southworth explains. “People circle around the issue and they’ll say, ‘Are you still friends?’ And the answer is yes.”

The fact is, after a long career that turned him into a respected figure in the golf world, Southworth says the time had simply come for him to set off on his own, pursuing his passion of building world-class golf resorts solo through a new venture called the David Southworth Company. Over the past few years, Southworth’s sons and Deitch’s son have been taking leadership roles at the club, and concocting plans to renovate some of the amenities and make it more appealing to younger members. With everything running smoothly, by the duo’s telling, eventually it made sense for Southworth to walk away. “I think there came a point when David decided that he loves us all, and we love him, but he’d rather go off and do his own thing and own it 100 percent,” Deitch says. “So that’s the story. Everyone’s happy.”

Southworth and Deitch have been business partners since 2006, when Deitch, founder of Commonwealth Financial Network, joined the company as chairman and co-owner. Together they owned and operated several golf clubs, including Renaissance in Haverhill, Machrihanish Dunes in Scotland, Creighton Farms in Virginia, the Abaco Club in the Bahamas, and Meredith Bay, a “resort-style gated community” on Lake Winnipesaukee. In 2012, they bought Willowbend from Paul Fireman, the former Reebok CEO.

Southworth is beloved among Willowbend’s clientele, who have come to see him as the so-called mayor of the exclusive locale, the kind of owner who regularly hobnobs at club parties with the likes of Patriots owner Robert Kraft, and plays golf with celebs such as regulars Bobby Orr, Roger Clemens, and Jack Niklaus. Deitch has long been much more hands-off. “David was always the operational partner, and I was the money guy,” Deitch tells me. It’s no surprise, therefore, that some members might view him with a little more suspicion. Most suspicious of all, he admits to not having a particular fondness for playing golf (it doesn’t agree with his back). But he insists the famed golf course isn’t going anywhere. Even if he wanted to do such a thing, which he says he does not, the property’s zoning with the town of Mashpee all but requires that it remain a golf course.

As for Southworth, Deitch says he wishes him well. “I’m an entrepreneur, and periodically, just as much as I love teams, sometimes it’s good to go do your own thing. He’s a super-talented guy and I couldn’t be more excited for him,” he says. Plus, he points out, with three of his sons still running things and a residence on the property, Southworth isn’t likely to put that much distance between himself and the club that’s become synonymous with his presence. “We email and talk all day long anyway,” Deitch says. “So we’re not going that far.”