Why Everyone Is So Obsessed with Boston, America’s Most Viral City

The view from inside our beloved city, through the eyes of the internet. 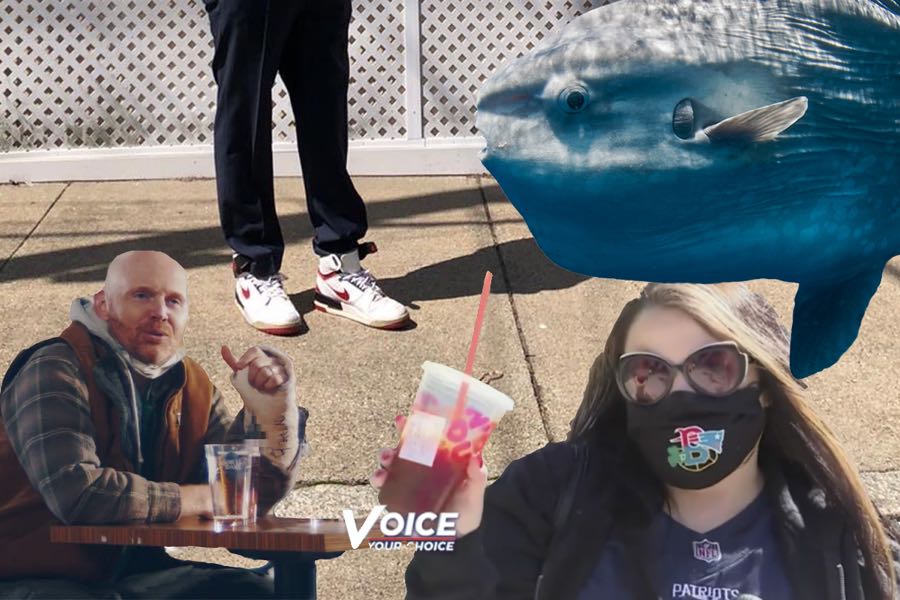 In the days leading up to the election, the internet fell in love with “Dunkies Girl,” an excitable, iced-coffee sipping early voter queuing up outside Fenway Park to cast a ballot for Joe Biden. Here was the prototypical Bostonian, clad in sports gear and mugging for the camera with a rich and convincing accent. She had her “Dunkies,” she was ready to vote, and she instantly became a viral sensation. Not long after, though, she confessed that the accent and affect was a ruse, tailor made to achieve viral stardom, and as she told me in an interview at the time, she succeeded beyond her wildest dreams.

How did she know that doing such a thing was bound to earn her lots of attention on the internet? Because for whatever reason, everyone continues to be obsessed with this city. Time and again, its easily recognizable accent and its stereotypically obnoxious characters turn the eyes of the nation toward Boston, a city whose greatest cultural export recently appears to be jokes at its own expense. But what, exactly, is it about little old Boston that makes it such ready fodder for viral lols?

The winning formula for your classic Viral Boston Moment has a few recognizable ingredients: preposterously strong accents, surreal hijinks, usually a blue collar-coded—and, to put a finer point on it, white—townie type, and a camera. The “baby wheel” guys, a pair of amateur fishermen from Malden who are audibly, hilariously dumbstruck at the sight of a basking sunfish, are the kings of this subgenre.

A distant but competitive second in the city’s pantheon of viral incidents was the case of the stolen Red Sox 2018 division title banner. The duo behind this particular extremely Boston caper earned online infamy for, uh, rescuing the piece of sports memorabilia after, uh, discovering it on the highway, and the you-couldn’t-write-this-if-you-tried plot earned the Best Viral Moment award from this magazine that year.

This is likely the best Boston Globe video you will watch all year. https://t.co/9RQuZxdE39 pic.twitter.com/layHqI1Yc7

There are many, many more.

The caricature the videos affirm is one that reached a wide audience in popular entertainment, both at the movies and on Saturday Night Live. In the ’90s and 2000s there was Jimmy Fallon and Rachel Dratch’s obnoxious Sox fans, the “Boston Teens.” More recently there was Seth Meyers’ “Boston Accent” sketch, which parodied the absurdly high volume of gritty Boston movies of the past three decades, and more SNL bits starring noted Boston celebs Casey Affleck and Bill Burr about gritty townies ruining commercials for Dunkin and Sam Adams.

Never mind that Boston’s grit has been significantly polished away—Kenmore has rapidly become cleaner and tamer since the Yankees Suck era, and the beloved accent has slowly but surely been on the way out—and that the overwhelmingly white casts of Boston movies belie the fact that the city is majority non-white, and has been for years. This is the image that sticks.

The extremely Boston vibe, and the potential for Boston viral moments to spread online, has made it valuable, and brands of course have tried to capture it, with mixed results. Some are successful, like the famous “Smaht Pahk” Super Bowl ad, which was well-received in large part because it felt more like a parody of all the Boston content floating around out there than a sincere attempt at coopting it.

Others seek clicks and eyeballs through questionable means: Studies and surveys of dubious origin, always sponsored by obscure travel agencies or gambling websites, pop up constantly, announcing unlikely honors for the city, like that Boston has the second sexiest accent in America. A certain popular adult film website is a frequent offender, happily supplying the internet with unlikely claims about, in one recent example, Boston women’s search histories.

Leaning into Boston-ness online can also be good for a campaign. Ed Markey’s Senate team was praised for its incredibly effective social media strategy, which made heavy use of Markey’s accent, high-top Nikes, and Malden triple-decker. The “We’re Massholes, Not Assholes” ad in favor of a pro-trans rights ballot question, which featured an r-dropping barfly, found a wide audience in 2018.

No brand has succeeded more expertly at this than Dunkin,’ which has conspicuously nurtured ties with its home city for years, in a way Starbucks never did with Seattle. Long before Dunkies Girl came on the scene, Dunkin’ had become a must-have accessory in what Vox writer Meredith Haggerty recently called “Boston Camp,” a sort of ostentatious Boston-ness you’d recognize in those infinite paparazzi photos of Ben Affleck gripping an iced regular that the internet seems to love.

It’s definitely related to the performance of regional identity, masculinity, and sports fandom, but it cannot be purely performative (like John Kraskinski in that cah ad). Also the aesthetics and reality of dependency. Ben is the Judy Garland of Boston camp.

It all adds up to complete pop cultural saturation. We simply land right in the sweet spot for viral infamy, and our outsize production of celebrities only helps. “Pizza Rat” notwithstanding, New York is a giant metropolis; Boston, a twelfth of its size, punches way above its weight. Portland’s moment came and went with Portlandia. Chicago hasn’t had it since “Da Bears.” Florida, home of the “Florida Man” meme and gator rescue videos, is a viral state (and even the star of one of the best Florida videos of all time was from, you guessed it, Bawston baby).

The only other city with a similar level of pop culture dominance is Philly, thanks to the rise of Gritty, the ongoing popularity of the long-running It’s Always Sunny in Philadelphia, and, more recently, spending days and days under the microscope in this election year. We’ll be watching Philly very closely to see how this develops.

In the meantime, a new Boston-related meme (technically, it focuses on Cambridge, but all of Massachusetts is Boston in the national consciousness) has been fueling viral posts for weeks, after the good news about Pfizer and Moderna’s potentially world-saving vaccines. The twin announcements from the Mass.-based companies fueled a tidal wave of posts online, most imagining the pharma companies in some kind of cinematic catfight. But one tweet in particular caught my eye, and may signal a new direction for the internet’s obsession with the city, one that portrays it less as a place overflowing with gritty loudmouths and more as a medical and pharmaceutical hub swooping in to save the day. The most viral place in America, slaying the virus.

“Silicon Valley gives us social media apps,” the tweet, with hundreds of retweets and quote-tweets, reads. “Massachusetts gives us a 94.5% effective Covid vaccine.”