What Boston Searched for in 2020, According to Google

Boston's top trending searches had a lot to do with the pandemic, the election, and Kobe Bryant. 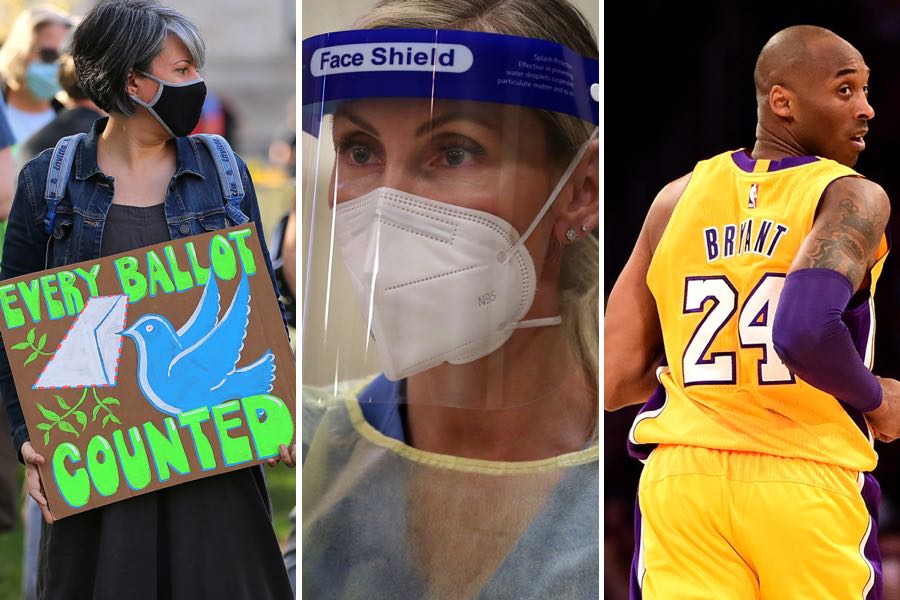 Boston, you don’t need me to tell you that this year was bad. It was so bad! It was bad in the primary way we all know about and about which you don’t need any reminders from me. It was also confusing. There were mysteries about how and when the virus might strike us or the people we love, or what we’re supposed to do about that, or how to find out whether the virus has made its way into our lungs yet and how to stop that from happening. There were mysteries about how one of the most beloved athletes of all time was suddenly and tragically killed. And mysteries about when exactly this clown show of an election might finally end.

For those reasons, Bostonians had all kinds of questions in the year 2020, and our online search data proves it. As a matter of fact, our tech overlords at Google revealed this morning, searches for the word “why” skyrocketed to new heights this year.

In times of uncertainty, people seek understanding and meaning. 2020 was a year of deep questioning, as the world searched “why” more than ever, according to Google Trends. Explore more trends from the year at https://t.co/JdD6lj4ru9#YearInSearch pic.twitter.com/wAfuARB3u9

In its annual report on exactly which searches were trending in each city and state, Google once again gave us a snapshot of what was on our minds this year. The results will probably not surprise you.

First on the list of “trending” searches for the year in Boston, according to Google’s data analysis, was “election results.” While the outcome was no mystery in Massachusetts, where Joe Biden secured 66 percent of the vote, anxieties were apparently very high in this city as results trickled in nationwide over several days, before ultimately a sense of certainty about the former vice president’s victory led to mass celebrations in the streets of Boston, followed by weeks of uncertainty amid the president’s attempts to reverse the results.

Next up in our trendiest searches were those related to the pandemic. The term “coronavirus” was second on the list, and related searches also crowded the top 10. “Coronavirus symptoms” were fifth-trendiest, and “coronavirus update” ranked seventh.

Boston residents were also profoundly curious about the fate of former NBA star Kobe Bryant, whose untimely death in a helicopter crash in January led to the athlete’s name being the third-highest trending Google search in the city. It certainly speaks to the impact Bryant had on fans nationwide that a city that once proudly nurtured a rivalry with the Lakers was, according to Google search trends, ultimately hungrier for information about the tragedy than it was for symptoms of the deadly pandemic.

Also on the list of top-10 trendiest searches in Boston were “Celtics,” in a year that saw the NBA huddle together in a bubble to keep the season alive; “Iowa caucus” in a year that saw a small army of Democrats, including Massachusetts Sen. Elizabeth Warren, vying for the nomination; “Zoom,” in a year in which the virtual meeting software became ubiquitous; “Naya Rivera” after the Glee star’s tragic drowning death in July; and “Tom Brady,” amid the GOAT’s defection to Tampa Bay.

Results in the city largely mirrored Google searches made in Massachusetts as a whole, with the odd exception that searches for “Bruins” cracked the top 10 in trends state-wide, but not in the city.

Otherwise the results in Boston were very similar to everywhere else, in a country equally consumed by a pandemic and, by and large, equally desperate for information about it. As Google’s findings confirm, 2020 is a shared nightmare we’re living through together. Here’s hoping for sunnier trends in 2021!