Check Your Mail: The City Is Pulling a Switcheroo on Your Electricity Provider

You'll be seeing something different on your utility bill soon. 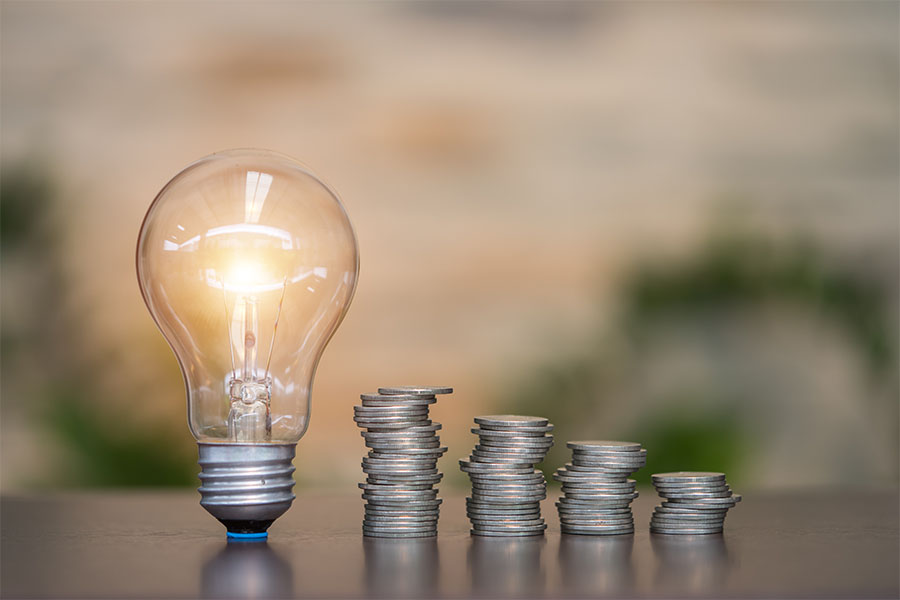 Imagine if the City of Boston negotiated a deal with T-Mobile on behalf of all residents and businesses. And instead of offering it as an option to everyone, the city notified you by letter that unless you objected by January 11, your cell service was going to be automatically switched to T-Mobile.

That is exactly what the city is doing with respect to your current electricity provider.

A few weeks ago, all Boston households and businesses received a densely-worded “Official Business” mailing from the City of Boston, but with a surprising return address from, of all places, Houston, Texas. The mailing included a letter from Mayor Marty Walsh regarding changes in electricity rates along with a detailed supplemental information sheet.

The mailing was part of a full-court press by city officials to convince Boston residents and businesses to change their electricity supplier to a greener program promising savings at least through June. The catch? You’re going to get automatically switched over unless you raise an objection by Jan. 11.

I’m certainly no libertarian, but the way this program has been implemented bears a whiff of government overreach. Greener energy is certainly a noble goal, but there’s some smoke and mirrors going on here.

I have little doubt that there were people who tried to read through the 1,700 words of confusing information in the mailing, but their eyes undoubtedly soon glazed over—I know mine did—and they quit. Or they just threw the material out without even reading a word of it.

If you were one of the people who tossed it, congratulations—you just unwittingly “agreed” to have your electricity supplier automatically switched over from Eversource to the city’s new anointed supplier, Baltimore-based Constellation NewEnergy (they also have an office in Houston), which will supply electricity from more renewable sources than Eversource.

You see, the city has adopted an “opt-out” system of signing people up for the program, which means if you don’t affirmatively refuse the offer, you’re in. And—and this is a big “and”—there is absolutely no guarantee of savings after the first five months. In fact, you could wind up paying more than you’re paying with Eversource once the current rates expire. That’s particularly bad for people who live paycheck to paycheck, a group of city residents that has only increased during the pandemic and subsequent economic downturn.

Christopher Cook, Walsh’s environment chief, argues that they had to do it the “opt out” way; otherwise the program wouldn’t succeed. “We need to make certain that we get the critical mass of participants,” he says. “If we had used ‘opt in,’ we wouldn’t get enough people enrolled.”

It’s all part of the city’s push to increase citizens’ use of electricity from renewable energy sources. Boston is about to join over 150 other Massachusetts cities and towns in adopting what’s called a Community Choice Electricity Program, which is a provision of the Commonwealth’s electricity law. The provision, which was added to the state’s electricity law back in the ’90s, is designed to provide cities and towns across the state with the power to increase the use of green energy. State law requires utilities to purchase an increasing amount of power from renewable sources every year, and the intent of the Community Choice Electricity Program is to speed the process up by pushing electricity users to choose greener energy.

“The program will allow the City of Boston to harness our collective buying power to purchase affordable and renewable electricity,” Walsh wrote in the letter announcing its “municipal aggregation” program. “Although the program cannot guarantee cost savings, the City of Boston is committed to working towards affordable and stable electric rates.”

Walsh concludes his letter by noting, “I invite you to consider being part of the program.”

“Consider?” The use of that word belies the fact that the choice has more or less been made for you.

Not only is the program designed to be “opt out,” but city officials are automatically enrolling everyone in a plan that is not the cheapest of the three available plans—something users will only realize upon a close reading of the details. They’ll be enrolled in the mid-priced plan instead of the lowest. And if they want one of the other plans, they must notify Constellation.

Cook, the city’s environment chief, says putting electricity users in the mid-priced plan is a compromise. “We’re still lowering people’s electricity bills at least until June, albeit by a marginal amount, while increasing the amount of renewable energy,” he says.

The plan the city is enrolling people in, the “Standard” plan, comes out to a price of 11.4 cents per kWh. This compares to Eversource’s basic rate of 11.8 cents per kWh. That’s right: The current savings over Eversource amount to a half penny per kWh less. But remember, “future savings cannot be guaranteed.” Constellation’s rates will be in effect from February until November, while Eversource’s rates change in July. After that, there’s no saying whether Constellation will still be cheaper.

If you do want to opt out of the program or change to a different price plan, you have to let the city know by January 11 by either filling out a special paper form and mailing it in or by filling out a form on the city’s website.

I want green energy. I support green energy. My master’s degree in public health taught me that it’s good for the environment long before it became mainstream thinking. But this bleeding-heart liberal doesn’t like being pressured into the program.

Note: A previous version of this story misidentified where Constellation is based.