When the Rollout Ramps Up, What Do We Do about Vaccine Line-Cutters?

Every second wasted on red tape is a second we'll never get back. 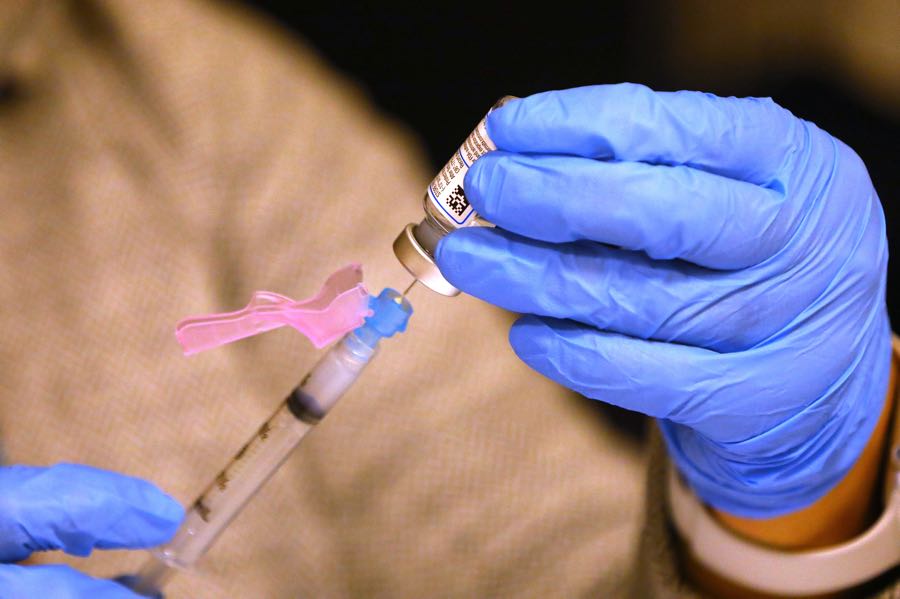 For this early, and admittedly very “bumpy,” phase of the vaccine rollout in Massachusetts, much of the focus has been on making sure the right people go first: doctors and nurses who need to stay healthy to keep hospitals running, first responders who come face-to-face with the public every day, and, next up, people in congregate settings where outbreaks thrive. In other words, we have not yet reached the point at which the general public is competing for their chance to get their hands on one of those coveted doses.

But the rollout will soon be accelerating, moving from hospitals to community centers and mass injection sites like Gillette Stadium, and pivoting from the highest-priority candidates to consecutively broader subsections of Massachusetts residents outlined in the state’s published vaccination priority list, starting with those over the age of 75, or with two “co-morbidities” like cancer or heart disease, then moving on to teachers, food service workers, Uber drivers, and others a state panel has determined have the highest need.

It’s at this point, when a crush of potential vaccine recipients will be descending on more than 100 vaccine sites statewide, that health workers dispersed around the state will confront a massive logistical and ethical challenge: How can they follow the state’s guidelines at scale? Can they feasibly stop people from getting the vaccine before it’s their turn, and should they even be trying? What, in other words, are they supposed to do stop the liars and line-cutters?

The mind reels, and the blood boils, at the possibilities. The temptation to give in to righteous anger, or to seek out and punish people who don’t obey the guidelines will be strong. But ultimately if what we all really want is for everyone—or, at least, the 85 percent threshold experts believe is required for herd immunity—to get the vaccine, as close to immediately as possible, maybe what the state ought to do about line-cutters getting shots in their arms is nothing at all.

There are, of course, very good reasons for tightly restricting who gets the vaccine in the early stages, as the emphasis on inoculating healthcare workers and sick people to start is meant to use a limited supply of vaccine to take the pressure off hospitals and keep them from becoming overburdened. But enforcing the rules too strongly in the subsequent phases could easily turn counterproductive.

“We’re going to reach a point—and we’ll have to keep monitoring when that point is—where the bureaucratic red tape is doing more harm than good,” says Dr. Abraar Karan, a physician at Brigham and Women’s and the Harvard Medical School. “At that point, you really need to say, ‘Okay, I need to get as many doses out as possible.’ And if I’m being overly bureaucratic about this, and I have a long line of people waiting and I have to tell them ‘You’re not eligible,’ and I have unused doses at the end of the day, then I have a problem.”

How exactly the state will determine who does or does not qualify for vaccines in the rollout’s upcoming stages, when it’s meant to be based on medical history or employment status, is still somewhat up in the air. Dr. Paul Biddinger, chair of the state’s COVID-19 vaccine advisory group, told the Boston Globe this week that more information about this was forthcoming, but that he did not expect people would have to prove they have co-morbidities with hard evidence. “Obviously, it’s really important for patients and for systems to honestly follow the rules,” he told the paper. “More information on how this will be assured is likely to come soon.”

Already, anxieties about the less-than-deserving getting vaccines have already begun to show themselves. A recent Herald column fretted about the injustice of “incarcerated murderers and rapists” in outbreak-prone prisons getting vaccinated ahead of “law-abiding elders.”  There was a brief but tedious debate about whether members of Congress should have gotten all those on-camera vaccinations. And for a moment a few weeks ago, there was chaos and consternation at Boston hospitals when some healthcare staff accused others of getting their vaccines a few days or weeks before colleagues who were dealing more closely with COVID-infected patients. None of this, it must be said, was helpful.

Asked about the possibility of streamlining vaccinations by loosening the eligibility rules, Gov. Charlie Baker expressed some reluctance to give out vaccines in a way that could be “quote-unquote ‘unfair'” to everyone else. “I do know that in a lot of states people who are the same age as my kids have gotten vaccinated before” hospital workers or people with health issues, he said at a press conference this week. “I just don’t think that’s the way we should do this. I think the focus early on should be on those who have the most to lose.”

The catastrophic rollout of vaccines in New York offers a glimpse of how over-correcting for this possibility can go horribly wrong. Gov. Andrew Cuomo was widely criticized after he initially threatened steep fines and other punishments for healthcare providers found to have given vaccines to people out of order. He ultimately backpedaled amid reports of vaccines needlessly going to waste.

In Massachusetts, public health officials have tried to give providers some flexibility to keep precious vaccines from ending up in the trash. If a vaccine is at risk of going to waste, recently updated state guidelines say, providers are free to use their best judgment and give it to someone else.

Opening vaccinations up to lots of people all at once can also pose logistical problems. In Florida, where the governor decided to make them available to anyone over 65 on a first-come-first-served basis, seniors were left “to deal with crashing websites, jammed phone lines and nights spent waiting in line,” per a CNN report on the fiasco. Back in New York, the two-million eligible seniors trying to secure an appointment online have faced a maddening, discombobulating online registration process.

It will be difficult to strike a balance between making sure the rollout is equitable and strategically sound, and ensuring it happens as rapidly as possible, says Dr. Helen Boucher, chief of infectious diseases at Tufts Medical Center. Ultimately, when the time comes for wider swaths of the population to seek vaccines, the burden is likely to fall on all of us as individuals to only get vaccines at the appropriate time, and keep from overwhelming distribution centers that will be trying their best to inoculate people with the highest need. “I hope that people will respect the guidelines, and wait till it’s their turn,” Boucher says. “This disease has shown that we’re all in this together, and we have to think about each other. The time for kindness and consideration has never been more poignant than it is today. So I really hope that people will think twice before jumping the line. It’s on all of us. We all have an obligation here.”