SCoPEx aims to see how humanity could artificially cool the planet by blocking the sun. That didn't go so well in the dystopian film and TV franchise. 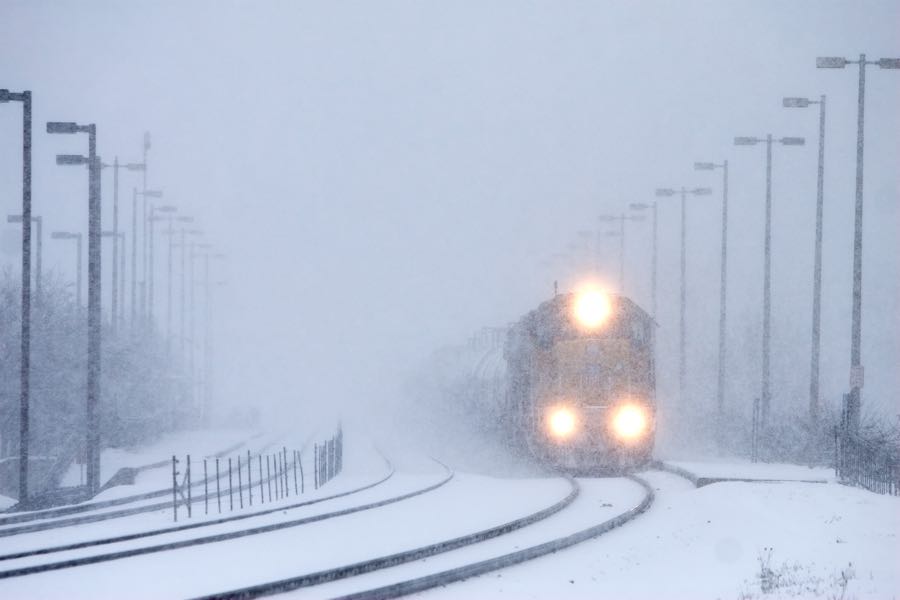 To kick off 2021, a team of Harvard scientists is celebrating the fact that it’s taking the first steps toward a bold and potentially game-changing approach to fighting climate change. The minds behind a project called SCoPEx have gotten the green light to test out technology that could be used to shoot a light-reflecting gas into the stratosphere, cooling the planet by blocking some of the sun’s rays.

It’s an ambitious idea, to be sure, and in a world that is now seeing the effects of climate change accelerate year after year, it offers a readymade solution to one of the biggest threats to humanity. Maybe technology can hack the ecosystem and save the world!

But if that concept sounds familiar, and perhaps causes a chill to crawl up your spine, it should: It’s more or less the exact premise of Snowpiercer. In Bong Joon-ho’s 2013 movie and the 2020 TV series reboot, world leaders try to quell rising temperatures by (wait for it) shooting a light-reflecting gas into the atmosphere and cooling the planet by blocking some of the sun’s rays. Except in this telling, the project backfires, killing all the plants and animals on earth and turning the planet into an uninhabitable ball of ice. What’s left of the world’s population fights for survival on a giant climate-controlled train.

So when SCoPEx (short for Stratospheric Controlled Perturbation Experiment) revealed that it planned to conduct an early experiment with the technology in Sweden this summer, I couldn’t help but think worst-case scenario. Is Harvard setting us on the path to apocalyptic, sci-fi style doom?

Before jumping to any conclusions, it’s important to keep in mind exactly what the Harvard project is and does. A trial set to take place in June will simply be a feasibility test of a device, which comprises a box suspended by a weather balloon that is capable of spreading reflective sulfate aerosols into the upper atmosphere. Bigger questions about whether it’s a good idea to do so—and, one imagines in the darkest recesses of one’s science fiction-addled brain, whether doing so might trigger the apocalypse—would ultimately be left to world leaders to answer at some later date.

Still, the project has long had Snowpiercer hanging over it like a dark, sunlight-choking cloud. Early research papers about “solar geoengineering” technology were published right around the same time the movie came out in 2013, when its ominous warnings were still fresh in people’s minds.

The comparison irks the researchers. “Of course we talk about Snowpiercer,” Harvard’s David Keith, a leader of the SCoPEx project, tells me in an email, “but I don’t find that analogy particularly useful in thinking about the practical risks.”

Indeed, while critics of the project do make their case in existential terms—the most prominent group is a coalition of nonprofits and indigenous leaders called Hands off Mother Earth—they do not generally fret about the possibility of triggering a Snowpiercer-style ice planet.

“Everybody who has thought about geoengineering has seen Snowpiercer and loves the movie, but I’ve never actually heard that particular scenario, the irreversibly frozen-over Earth, cited as a serious risk,” says Raymond Pierrehumbert, an Oxford climate scientist and vocal SCoPEx opponent, adding, “There are many, many reasons that SCoPEx is a bad idea and shouldn’t be allowed to be deployed, but the Snowpiercer scenario isn’t one of them.”

According to Pierrehumbert, it’s technically possible but all but inconceivable that a manmade sun-blocking effort would cause a permanent winter like the one depicted in the movie. Aerosols released into the atmosphere would dissipate on their own after a year or two, so even if they made the Earth much colder than scientists anticipated after they were released, the planet would have plenty of time to warm back up again.

Scientists do, however, point to a series of scenarios that are much more plausible than that if major geoengineering efforts like SCoPEx were ever embraced on a massive, global scale. Catastrophic possibilities include filling the air with aerosol particles, thus disrupting weather patterns and causing flooding or droughts; tearing a new hole in the ozone layer, leading to spikes in skin cancer; the potential that the technology will be used as a weapon of war; and of course, a whole range of unpredictable results that could come after tinkering with a delicate ecosystem.

There is also the concern that even if spraying reflective particles into the air worked perfectly as a means of turning back the clock on climate change, it could provide cover for carbon-spewing industries to go on polluting the air forever, and that the planet could become dependent on such a fix. If we ever stopped doing it, the thinking goes, the planet would rapidly heat right back up again, causing widespread damage. This is called “termination shock,” and it’s the risk that actually keeps Pierrehumbert up at night.

“If you start doing geoengineering at a scale that noticeably cools the planet, that removes the incentive to do the hard things to decarbonize the economy, so there will always be a temptation to just do a little bit more emission each year and do a little bit more geoengineering, and then you’re in a spiral,” he says. “Before long you find yourself in a situation where, if you stopped doing the geoengineering, you have an absolute catastrophe. So you’re committing people to continue doing something without fail technologically for the next thousands of years. That’s the really dangerous situation.”

Harvard’s SCoPEx team appears to be all too familiar with the fear their project elicits, whether fueled by science fiction or science fact, and has tried to compare overzealous critics to those who refuse to take vaccines due to irrational fears about side effects. “People are right to fear over-reliance on technofixes,” Keith, the SCoPEx project leader, wrote in an op-ed in the Boston Globe last year. “But there’s another nightmare: It’s that after bringing emissions to zero, we realize in hindsight that early use of geoengineering could have saved millions of lives lost in heat waves and helped preserve some of the natural world. The rise of the antivax movement sadly demonstrates the dangers of prejudice against life-saving technologies.”

So maybe don’t go buying your tickets aboard the Snowpiercer train just yet. But if the eerie similarity between Snowpiercer and SCoPEx causes people who were moved by that movie and TV series to pay attention to the real-world debate about how to stave off a climate apocalypse, that can only be a good thing. After all, it’s worth remembering that no matter what we do when it comes to climate change, the stakes are incredibly high. The worst thing we could do is what humanity did in that fictional universe, and look the other way until it’s too late.