I’ve Given It Some Thought, and Space Savers Are Good Now

It has nothing to do with the fact that I got a car. 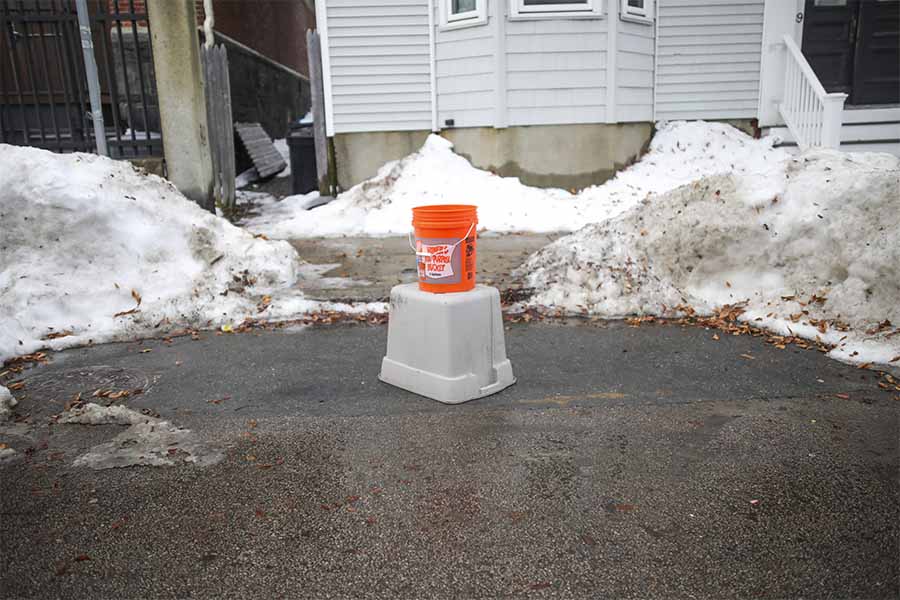 Having lived in the Boston area for a long time now, I’m not too big to admit that I’ve changed my mind a few times about some aspects of living here. When I’m wrong, I’m wrong. Specifically, after expressing such thoughts as saying space savers are “very ugly” and that they “lead good people down the path to vicious deeds,” I am now ready to admit that they are in fact good, a way of knitting us together in a chilly season. No, this has nothing to do with the fact that I have a car now.

Look, are they unsightly? Yes, in every way. Nothing mars the landscape of a gently snow-draped Boston more than grimy old folding chairs parked between mounds of stained, plowed snow. But what else are you supposed to do? If you put a nice item in that spot, then someone is going to leave with it, because you have left a free item outside. Also, what else are you going to do with the gently damaged but probably still useful items in your basement? Space-saver season is the time for that spiderweb-covered folding chair or traffic cone to shine!

Another criticism you’ll see out there is that people act like complete assholes about everything related to space savers. The rules and arcana of space-saver usage are a delicate and well-honed system that we have all agreed on for decades…or not. You certainly can or cannot put the space saver out before the storm starts. You absolutely should or shouldn’t leave your space saver out for multiple calendar days. And more than anything, you are completely justified, or not, in moving a space saver that has been out for more than a week. Now that I’m a car owner, I can affirmatively say that the correct rules for using a space saver is however I personally need to use one.

I also know that some will say that cars are generally a plague upon this city, and if we all, collectively, from residents to politicians to transit agencies, worked harder to break our car dependency, life in this city would be indisputably better. Air pollution would decrease, streets would become more pedestrian and bike-friendly, road rage incidents would vanish, and road-related fatalities would decrease. And we wouldn’t need to get into fistfights anymore about the 3 feet of parkable space left in this blizzard-afflicted charmer of a city. I possibly said all of these things, too, before getting a car so it would be easier to purchase large items and leave the city from time to time. Have I, in fact, previously expressed that clean, frequent, and functional public transit is the lifeblood of any livable and modern city, and in other words is the apex of city living?

OK, yes, that does sound like me. You’ve got me there! I cannot deny that all of those sentiments are true and worthy. But on the other hand…you know what, I’m not sure I’ve got anything here. If you’ll excuse me, I’m going to go dig out my car and ready a dented old recycling bin for tonight’s grocery run.