The New Antihero of the Massachusetts’ Vaccine Rollout: The Four-Armed Octopus of Doom

Trying to secure a dose of the life-saving drug that will protect you from the virus? You do not want to see this guy. 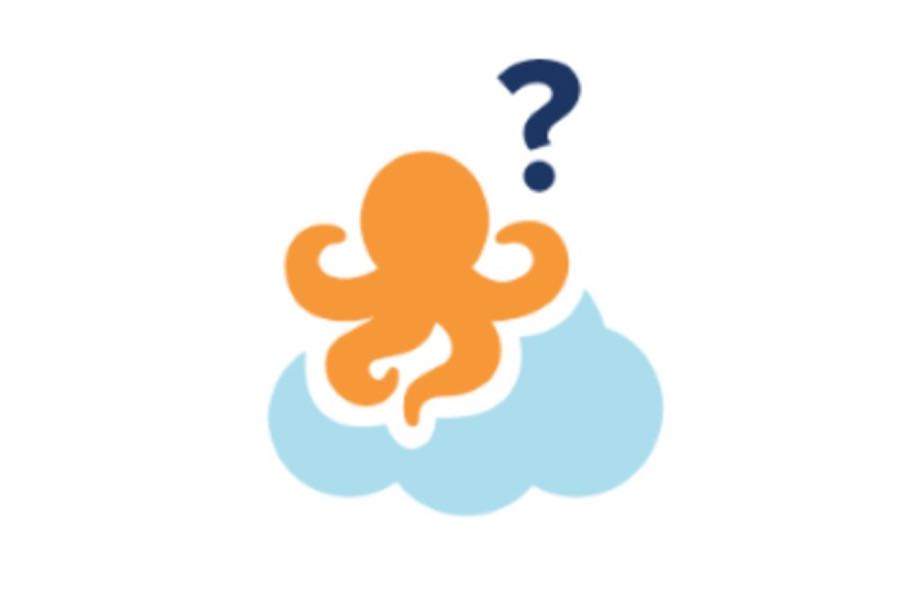 It’s playfully orange, nestled into a cloud colored gentle baby blue. Its four (not eight!) tentacles sprout from its featureless orb body and are splayed out in squiggly splendor. A question mark floats atop its head, to indicate that it doesn’t now what’s going on, either.

It has come from the depths in your time of need bearing bad news. “This application crashed,” it tells you.

If you were logging on to the state’s vaccine finder website on Thursday desperately trying to get yourself or a loved one a spot in line for a life-saving vaccine, it’s the last thing you wanted to see. But thousands and thousands of us did, for several hours yesterday, as Massachusetts’ new vaccine portal sputtered and crashed. In its place: The Octopus of Doom.

“Sorry about all that but what am I supposed to do?” the apparition appears to say. “I am but an octopus. I may even be a quadropus for all I know! And you, sir or madam, are out of luck.”

What caused the meltdown, and brought the octopus into our lives, was a series of failures. Before Thursday, when a million more Massachusetts residents qualified for the vaccine all at once, they were told appointments could be secured by navigating to the state’s new Vaxfinder website. But the site was evidently not prepared for what seems in hindsight to have been an entirely predictable outcome: Many, many people did exactly that.

The roster of people who fired up the site at the same time is likely a mix: people who are over 65 or have two health conditions and therefore need this vaccine badly; those who were working feverishly to help get their loved ones a place in line; or perhaps even those who were merely curious to get a look at how this new technological hub on which the vaccine rollout relies would look and function. Whoever they were, too many of them showed up at the same time, and instead of finding neatly listed instructions on where to get one of those coveted shots in the arm, they found a featureless cephalopod shrugging its little boneless shoulders as they hit refresh again and again and again.

Late Thursday, after a day that saw the site limp in and out of commission for several hours, both the Baker administration and the vendor who’d worked on the site issued mea culpas. Baker’s office said it “sincerely apologizes for the frustration and inconvenience residents experienced over the course of the day” and that its COVID-19 Command Center “will continue to work on website improvements to streamline and improve this process.”

The state’s website to find and book vaccine appointments experienced delays and technical difficulties and the administration sincerely apologizes for the frustration and inconvenience residents experienced over the course of the day. (1/6) pic.twitter.com/7H6MLa2R4B

PrepMod, the Maryland-based vendor the state contracted with to handle the online booking system, said it “accept[s] full responsibility for the problem.” CEO Tiffany Tate told WBZ that the site was simply unprepared for a traffic surge that saw a flow of about 1,000 hits a minute spike to 70,000 out of the deep, dark blue. Troublingly, she said the company failed to prepare for the influx in part because Massachusetts officials had not told them the state was about to update its eligibility to include people over 65. “PrepMod is not based in Massachusetts and we did not know that that announcement had been made,” she told the station.

As for the octopus, the CEO says we can thank the state for the cartoon, as it’s technically part of the state’s website, not PrepMod’s.

Big picture, the meltdown did not derail the state’s vaccination effort, as some 60,000 people were able to arrange appointments on the site by day’s end. Ultimately, the biggest threat to getting everyone inoculated appears to be a lack of supply (a problem that has been made worse by this week’s crazy weather), not malfunctioning websites or the cartoon animals they conjure from the depths. Still, it goes without saying that the state’s vaccine rollout should not come to a screeching halt due to preventable scenarios like overwhelmed servers.

As of Friday, the site appears to be operating normally, and the octopus has gone back to hell where it belongs.