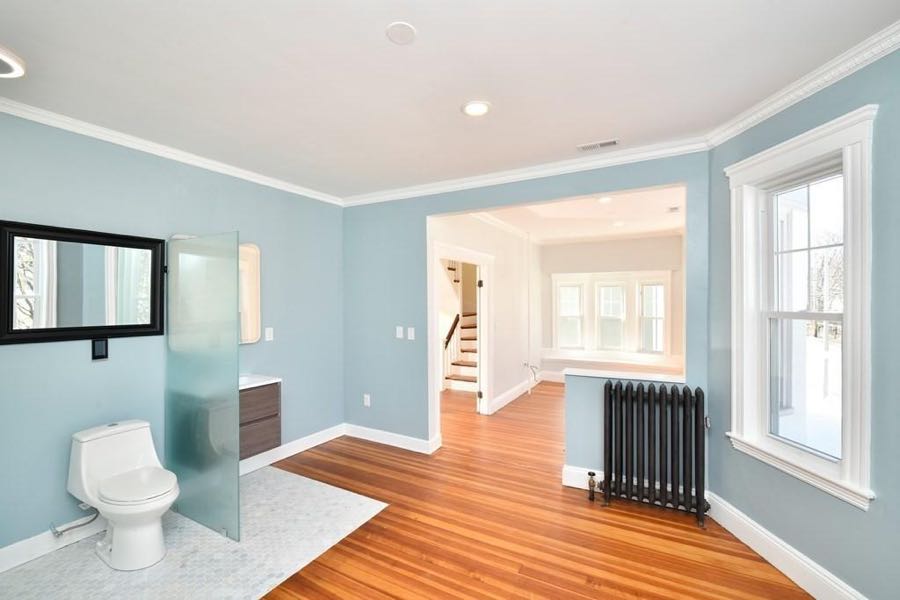 Ever wanted to sleep in a bathroom?

First of all, what’s your deal? And second of all, congratulations! Because we found the place for you.

This newly renovated condo that just hit the market in JP for $899,000 has it all: sparkling appliances, gleaming new all-white kitchen cabinets, freshly installed hardwoods, windows galore, and a lovely little deck peering out over a charming street in Jamaica Plain, just a two-minute jaunt away from the Orange Line.

Where this hot new property really shines, however, is in the john.

For this extra special layout in the first-floor main bathroom, the design team has done away with pesky walls and doors separating the bedroom from the toilet. A vertical rectangle of frosted glass separates the throne and a transparent shower from the rest of the room (for modesty), but other than that, this property lets it all hang out. While you do your business, you can bask in the sunlight through three huge windows, which jut out onto a deck overlooking the street below.

That’s right, the most divisive trend in water-closet architecture has reached Boston: the open-concept bathroom. 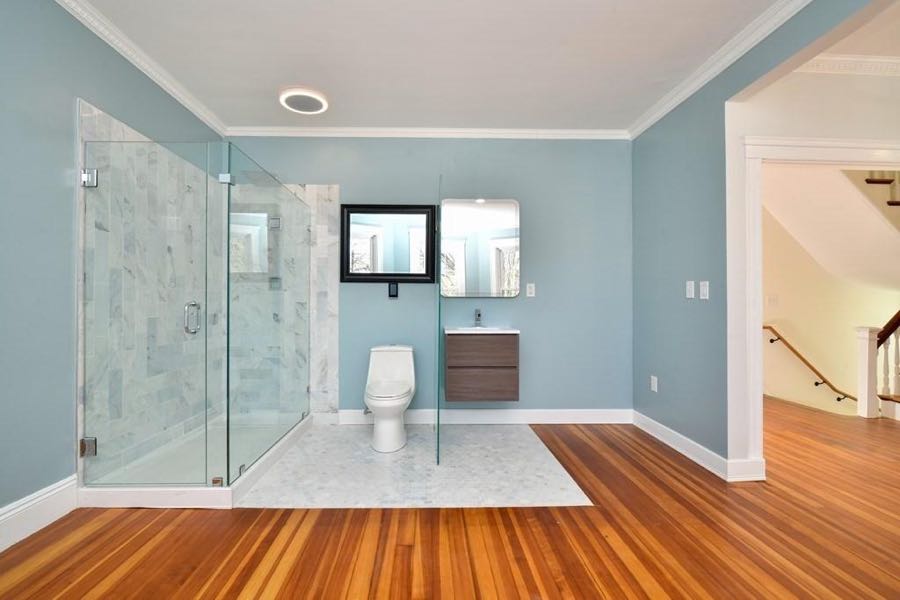 If the idea sounds a little strange to you, you’re not alone.

The first time he saw it, listing agent Robert Nichols’ jaw dropped. He’d seen open-concept showers before, sure, but a toilet? “I was like, ‘Man, was this designed for an exhibitionist?’ That literally was my first thought,” says Nichols, broker-owner of Boston Trust Realty Group and partner at Crowd Lending Inc. “But you know what? It could work if folks, you know, don’t mind having it open like that and just can live freely and enjoy it to its full potential.”

So far at least, the set-up has not exactly been getting rave reviews during showings. “The majority just felt like they were having a hard time really trying to visualize themselves living in that space,” he says.

So the plan for now is to be patient for a few weeks and see if any house hunters with particularly open-minded sensibilities on privacy come along. Or, as he’s been telling prospective buyers, his firm is offering to rebuild the wall and door themselves.

It might surprise you to learn, though, that the open-concept bathroom has been gaining momentum in recent years. First popularized two decades ago in luxe hotels and tropical vacation resorts, it has yet to catch on in homes.  But don’t count it out just yet. In 2019, Elle Decor listed it among the “top bathroom trends to keep on your radar.”

It had a moment of infamy that same year, when the internet went berserk about an extraordinarily open bathroom listed in Philadelphia.

philly is WILD this bathroom has NO DOORS and they’re calling it “open concept” pic.twitter.com/GUffKs6HGY

Whether this is all a stroke of brilliance or insanity is in the eye of the pee-holder.

Why this particular version came to be in JP is a bit of a mystery. But how it happened is evident in photos. A large section of the wall opposite the kitchen has been replaced with gray brickwork in what was very obviously once an entryway, the sort of design choice that’s bound to invite questions. What’s that, your housewarming guests might ask? Why that’s the hindquarters of my bagno al fresco, you’ll reply. You trendsetter, you. 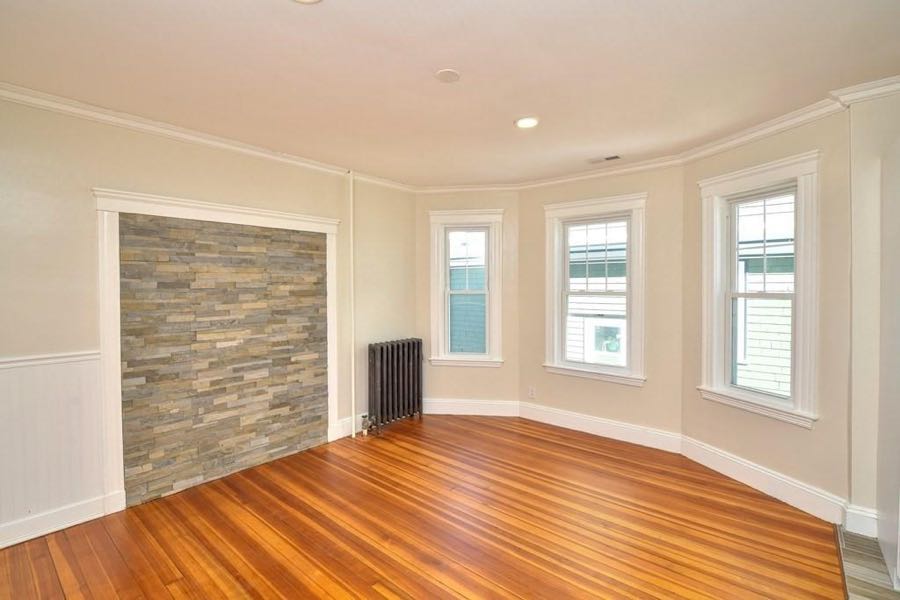