There’s Another “Secret Boston” in Town, and the Original Isn’t Happy about It

You might have spotted it promoting one of the dueling immersive van Gogh exhibits. 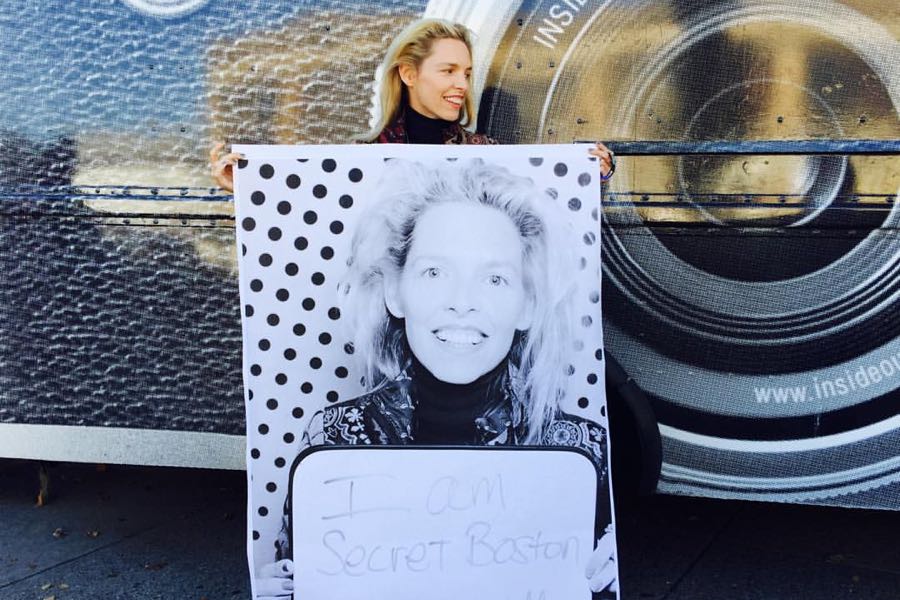 If there’s anything Boston is hungry for right now, it’s experiences.  So when word got around that an “immersive experience” based on the works of Vincent van Gogh was coming to town, many of us were eager (dare I say desperate?) to get tickets.

And if anyone knows a thing or two about experiences, it’s Secret Boston, the ten-year-old events promotion hub that boasts a huge social media following and a community of some 2,500 “ambassadors” who volunteer to help spread the word about cool things to do. For countless Bostonians, when “Secret Boston” popped up in their social feeds promoting a van Gogh-themed extravaganza, they jumped on the opportunity. Now, as the dust is settling, many of them are wondering exactly what they just bought.

That’s because there are now two competing van Gogh exhibits being marketed in Boston at the same time, one (Imagine Van Gogh) set to take place at the SoWa power plant from Dec. 21 to Feb. 22, and one (Van Gogh: The Immersive Experience) set to take place at a TBD location sometime in September. Adding to the confusion? There are now two “Secret Bostons” in town, one of which has been heavily promoting one of the two van Gogh events. And many who forked over as much as $54.50 a pop for tickets did so based on the Secret Boston seal of approval, only to discover that it wasn’t the site they’d used for years. Now they’re turning to Secret Boston—that is, the original Secret Boston—for help.

“Every time I look at my phone, it’s just nonstop emails,” says Michelle McCormack, who founded Secret Boston on Facebook in 2010 before branching out with a website and a quirky headquarters in a Jamaica Plain storefront. “They’re forwarding their [confirmation] emails like, ‘Wait, can you tell me if this is the fake one? Or is it at SoWa?’ And I’m just having to break the news to them. Not one of them was for SoWa.”

To set the record straight, or as straight as it can be when you’re navigating two van Gogh events and two Secret Bostons: At this point, there is no “fake” event. Both van Gogh events are theoretically taking place later in the year. But McCormack’s overflowing inbox would suggest that people felt more comfortable buying tickets to an event without an announced venue because they thought it was being promoted by a trusted events marketer.

McCormack quickly put the pieces together: At some point last year, someone launched a website and social media presence using the “Secret Boston” name, and has been promoting events in the city, with a recent and heavy emphasis on Van Gogh: The Immersive Experience. The new Secret Boston’s branding looks remarkably similar to her own, using a logo that looks nearly identical to hers—the letters “S” and “B” enclosed in a circle—except it uses a yellow-and-white color scheme rather than black-and-white. While the original can be found in Instagram via the handle @secretboston, the new one goes by @secret_boston. The original’s website is SecretBoston.net; the new one uses SecretBoston.com.

Recently, the new Secret Boston has been aggressively buying ads on social media promoting Van Gogh: The Immersive Experience. If you’re reading this, the odds are good you’ve already seen it on Facebook. And it makes sense that the new site would do such a thing: Both the site and Van Gogh: The Immersive Experience are run by the same company, a European tech startup called Fever Up.

For McCormack, who’s spent years building trust in the Secret Boston name, it’s all pretty frustrating. She’s planning on sending a cease and desist letter this week, and in the meantime has been warning followers not to be “duped” by a site she feels is intentionally trying to mislead her community.

But Fever Up says it has no plans to stop using the “Secret Boston” name. The company is using the “Secret [City]” concept globally, and have set up “Secret” brands in more than 50 cities worldwide, among them Secret London, Secret NYC, and Milano Segreta.

If you haven’t heard of Fever Up, you probably will soon. Fueled by a reported $70 million in funding from big names like Fidelity and Rakuten, the startup appears to plan and promote events of all kinds in cities around the world, from its van Gogh exhibits and candlelit concerts to a drive-through experience inspired by the Netflix show Stranger Things.

The company has also racked up plenty of complaints, particularly about its events’ no-refund policies, as well as customer service that disgruntled users have described as less than responsive. The Better Business Bureau, where many of these complaints are catalogued, gives the company an “F,” its worst possible rating. In New York last week, amid some controversy over “dueling” van Gogh exhibits in that city, the bureau took the unusual step of warning New Yorkers about the company in an interview with a local CBS affiliate.

In a statement, Fever Up dismissed the BBB rating, pointing instead to its sterling 4.8 out of 5 on Apple’s App Store, and said it was working closely with the BBB to ensure it was getting all relevant complaints electronically and to “better understand how their processes work.” The company also said refund policies are set by the partners that host events on its platform, adding, “Regarding the Van Gogh event, we have agreed with the organiser to be flexible and accommodate user requests wherever possible. Our user support is always available to look at each case individually.” And for what it’s worth, McCormack has heard from people who successfully refunded their tickets to Van Gogh: The Immersive Experience.

That said, there’s still some dispute over whether or not the company knew the Secret Boston name was in use here. CEO Ignacio Bachiller studied at MIT from 2010-2014, but the company said in a statement that he “was not aware” of Secret Boston while he lived here. But McCormack claims Bachiller even approached her in 2016 to ask about buying her brand, and she turned him down (Fever Up declined to comment on that).

“Fever’s Secret Media Network plans to continue using a consistent branding strategy for its hyperlocal outlets,” the company’s statement reads. “We want to work closely with the secretboston.net blog owners in order to make sure we are clearly differentiated.”

At the end of the day, when it comes to the van Gogh exhibits coming to Boston this year, it’s hard to make a clear-cut judgment on whether one is more legitimate than the other. There are currently at least four distinct traveling exhibits riffing on the concept of turning the artist’s work into a light show, according to a recent New York Times report on the phenomenon. Four cities currently have more than one planned at the same time. But if you’re considering buying tickets to events based on the Secret Boston name in the future, you might want to check which one you’re visiting.