Conversations with some of the city’s top movers and shakers. 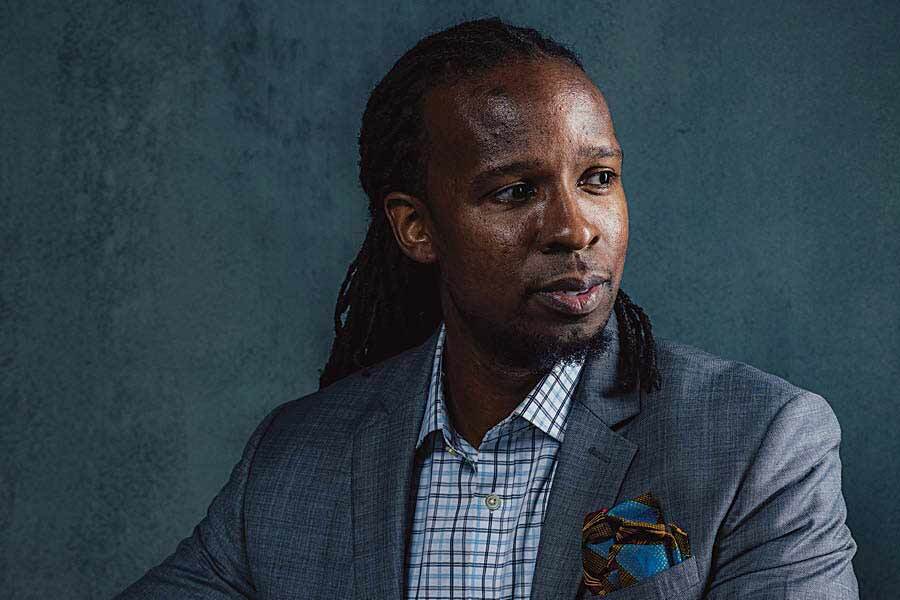 WELCOMING COMMITTEE: Not since Pedro Martinez has a newcomer won over Boston like this. BU rolled out the red carpet in bringing Kendi here from American University last spring—and others kicked in additional big bucks for the new Center for Antiracist Research, including $1.5 million from the Vertex Foundation.

LEADING THE WAY: The center launched just over a month after George Floyd’s death, when two of Kendi’s books were charting on the New York Times bestseller list. The interest in his work hasn’t waned since: Local businesses, nonprofits, and government agencies all want to connect with the anti-racism scholar.

QUOTABLE: “People should be held accountable when they’re being racist, but I think people should be able to repair the damage,” Kendi told the New York Times in a recent interview. “I don’t view ‘racist’ as a fixed category.”

FRIENDS IN HIGH PLACES: The city’s top bigwigs, from Congresswoman Ayanna Pressley to Senator Elizabeth Warren, speak at Kendi’s events. And now the mighty Boston Globe has ­committed to a major ongoing collaboration: a racial-justice newspaper called The Emancipator, after the 19th-­century abolitionist publication. “When The Emancipator was first founded in 1820, it was very difficult for people to believe that slavery, 45 years later, would be no more, just as I think there are many people today who can’t imagine that there could be a nation without racism and inequality,” Kendi has said. “This reimagined platform will marry the best of scholarship and journalism to analyze, comment, and seek truth about the racial problems of our time.” 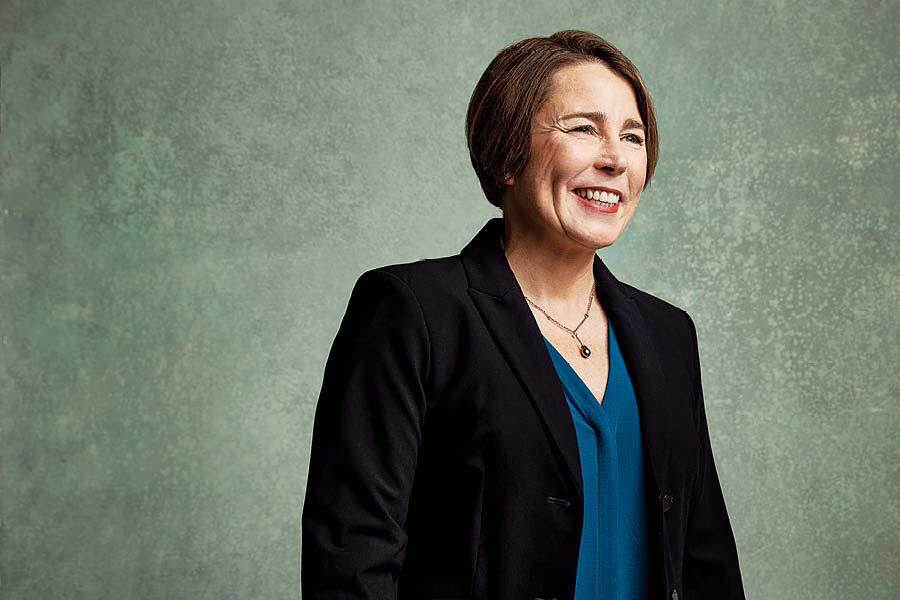 SUPERPOWERS: Healey frequently uses her office to go after bad employers, lousy landlords, fraudulent companies, and others who prey on Bay Staters—such as the bankrupt Boston Sports Clubs, from whom Healey just wrestled refunds for hundreds of members.

NEMESIS: By ending the Trump administration, the 2020 election also ended four years of Healey devoting extensive time and resources to checking the federal government. “We certainly had to spend a lot of time protecting people’s rights, environmental policies, civil rights, access to healthcare, and the like, because certain decisions made by the Trump administration were having a direct impact on the lives of residents in our state,” Healey says. That included, in her words, “countless lawsuits” related to election protections—including suing the U.S. Postal Service to make it deliver mail-in ballots on time—both locally and via her national leadership of the Democratic Attorneys General Association. In that and other ways, Healey says, the post-2020 landscape gives her “an opportunity for sort of a refresh.”

IDOL WORSHIP: Ayanna Pressley, Healey says, is “always giving a voice to the vulnerable.” Healey also admires her former colleague Katherine Clark—they both worked for then–Attorney General Martha Coakley—as someone who “puts the time in, does her homework, and gets things done.” And finally, “obviously, in this moment, how can I not speak about Kim Janey?”

LOOKING AHEAD: As a closely watched, popular figure (who may or may not run for governor next year), Healey will continue to raise awareness and heighten pressure on issues, as when she recently met with St. Vincent Hospital nurses on their picket line in Worcester to show her support. She also frequently endorses and helps Democratic candidates in races all over the area. 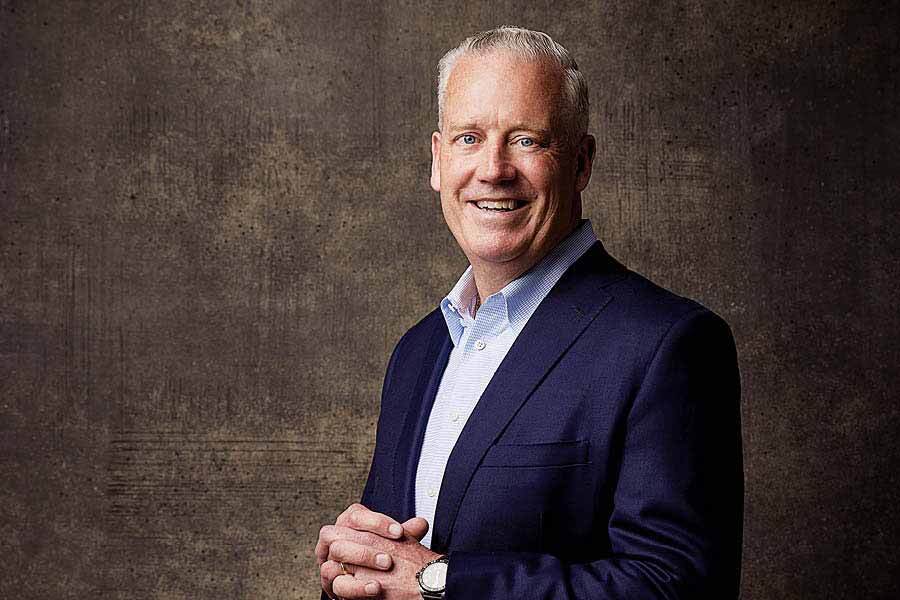 LASTING LEGACY: The former director of the Boston Redevelopment Authority says he feels “an awesome responsibility” in planning places that will affect Bostonians’ lives for generations. That includes developments such as Brighton Landing, Bulfinch Crossing, and, most important, Suffolk Downs, which will have some 15,000 residents and be the workplace for another 20,000. “These are big, important projects that will play an important role in the future of the city,” O’Brien says. “We are constantly worried about whether we are living up to the work we must produce.”

QUOTABLE: “ I grew up here, this is my hometown,” O’Brien says. “I try to be a responsible person on issues that matter in the region: education, transportation, and issues with regard to race and diversity, equity, and inclusion.”

STANDING UP: In 2018, responding to concerns about the direction of the Trump administration, O’Brien helped create the Massachusetts Immigration Business Coalition, which he cochairs with MIRA executive director Eva Millona. “We’re working toward creating a new immigration system in the United States, and particularly in our region, that is fair and predictable, and quite frankly kinder than where we’ve been for the past four years,” O’Brien says.

NEXT UP: Some have speculated about a post-pandemic world where working from home is the norm, and gathering in huge developments is anachronistic. O’Brien sees the opposite: Boston’s strength, he says, has always come from collaboration, and that requires the right spaces. “That’s not going to go away. The pandemic maybe even made it more apparent.” 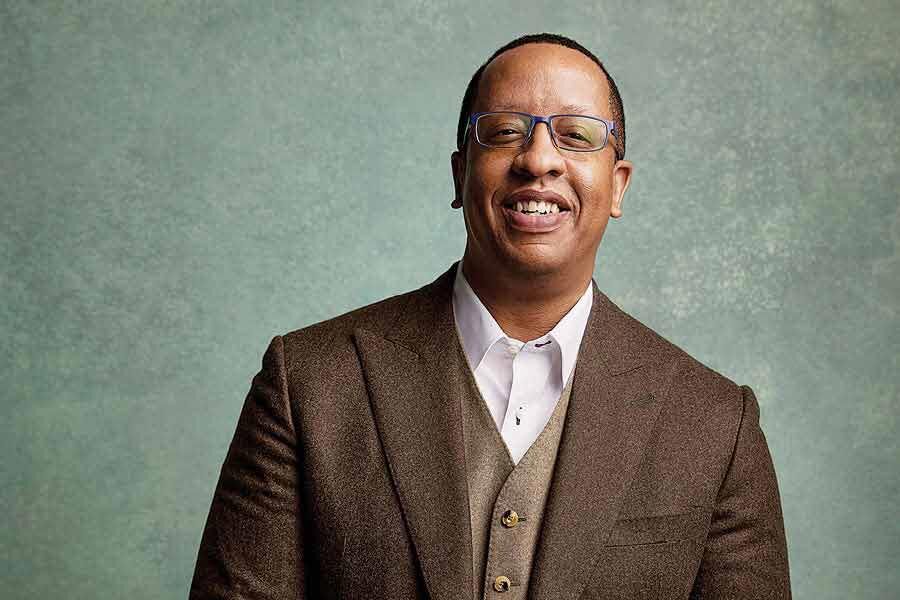 RESPONSE TO TRAGEDY: The killing of George Floyd—and the sustained, widespread calls for action in response—inspired Wilmot to do more, as a corporate leader, to aggressively dismantle systemic racism. So he met over Zoom with several other Black and Latinx executives in the state, and together they formed a plan last year to create the New Commonwealth Racial Equity and Social Justice Fund, which has quickly become a vital part of the city’s attempts to grapple with a way forward in a post-Floyd world.

COMING OF AGE: Wilmot is aware that the New Commonwealth fund would not always have been so well received. A native of the city, he remembers having his school bus pelted with rocks as it took him through South Boston, and he was a teenager when police rounded up Black men in Mission Hill looking for the fictitious killer of Charles Stuart’s wife.

A NEW DAY: As he rose through Boston’s legal and business circles, including as a litigation partner at Goodwin Procter, Wilmot recognized that he had growing access to people and resources that could help amplify important issues for communities of color. He also recognized that Black executives weren’t always well supported in the city. Today, however, he finds “overwhelming support from our companies and our peer companies. It underscores that there really is a new vibe in this commonwealth and a desire to fix these issues.”

SINCEREST FLATTERY: Since he and his colleagues announced the New Commonwealth fund last June, similar entities have popped up in California, Illinois, Maine, Texas, Minnesota, Indiana, Pennsylvania, and even Canada. “We’re trying to make sure that this isn’t just a moment, but really a movement to make changes not just across the commonwealth but across the nation,” Wilmot says. 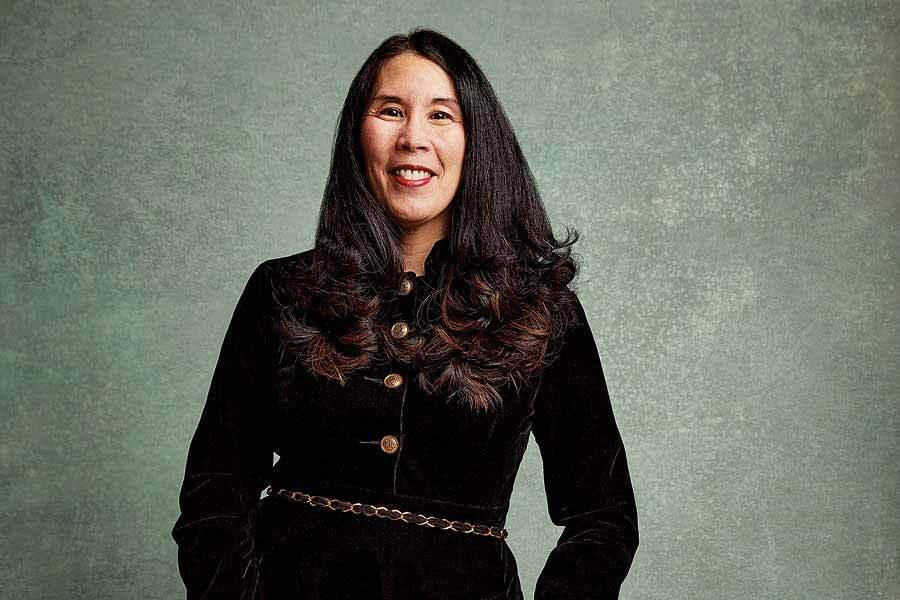 BY THE NUMBERS: Only one to two percent of American foundation philanthropy goes to Latinx-led organizations. “That’s the demographic slated to be 30 percent of the U.S. population by 2050,” Francisco says, “so there’s a real misalignment where we’re not investing in communities that, frankly, drive our economy.” That’s why much of Francisco’s work is focused on investing in female entrepreneurs, particularly women of color: She cofounded the Investors of Color Network and Amplify Latinx, both of which seek to economically empower marginalized communities.

STOCK: Rising. Francisco says that in just the past couple of years she finds herself at more and more real decision-making tables, from foundation boards to Kim Janey’s mayoral transition team. “I’m able to bring a voice for the issues I care about, which are Latinos, people of color, women, and small-business owners, representing the challenges and the opportunities for funding and for driving social change,” she says.

LASTING IMPACT: “Latino businesses were in crisis” when COVID hit, Francisco says, and not connecting well with resources intended to help. That prompted her to partner with other groups on a variety of initiatives. One is the Massachusetts Equitable PPP Access Initiative, which helps businesses owned by people of color navigate those loan applications. Another is the Coalition for an Equitable Economy, whose goal is to widen access to opportunity for entrepreneurs of color and women.

REASON FOR HOPE: “Massachusetts is rich in resources for small businesses,” Francisco says. “What Massachusetts is not good at is reaching Black, Latino, and immigrant entrepreneurs with those resources.” But after seeing so many positive changes over the past year, she says she’s optimistic that brighter days are ahead.