They Wanted to Call Roller World. Instead They’ve Been Calling the New York Times

A White House reporter with a phone number dangerously close to Roller World's has been fielding calls from its customers for more than a decade. 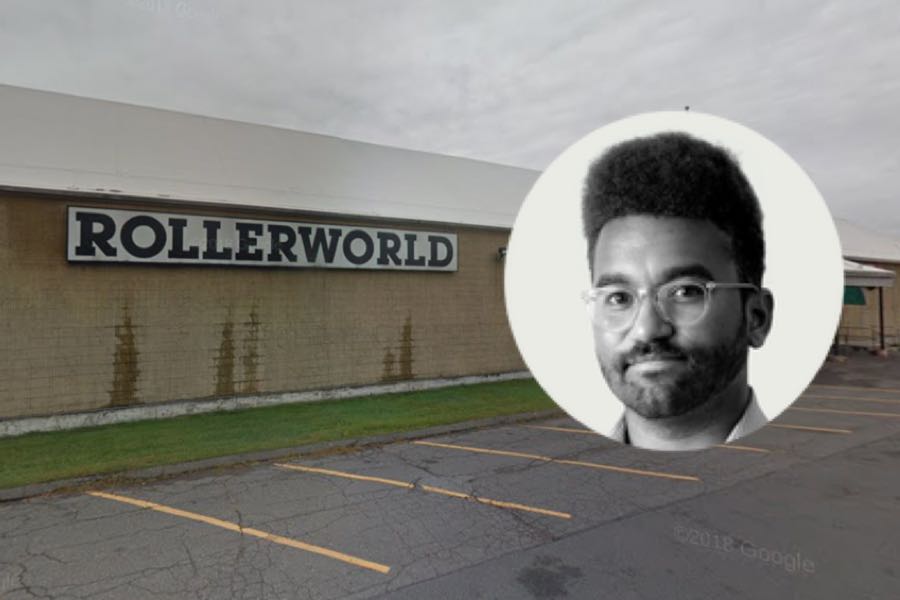 The calls come out of the blue. He’ll be relaxing on a weekend afternoon, wrapping up work on deadline, or chatting with friends on a Zoom call. And then all of a sudden, his phone will buzz, and yet again he’s fielding questions about preteen birthday parties, school trips, and roller blade rentals.

They’re reasonable topics you might expect to discuss if you worked the phones at Roller World in Saugus, the beloved rink that’s been serving up disco-ball lit fun for the whole family since 1981. Except this barrage of calls is not going to Roller World. For more than 13 years, they’ve been going to Zolan Kanno-Youngs, White House correspondent for the New York Times.

The problem dates back to his middle school years in Cambridge, Kanno-Youngs tells me, when it became clear to him that his first-ever cell phone number was precariously similar to the one for the North Shore’s most popular indoor roller blading arena. It’s an exact match with the last seven digits, with one crucial exception: Roller World’s starts with the area code 781; his starts with 617.

It’s a fairly common mix-up around here. While 781 is the area code given to numbers just outside city limits, 617 is the three-digit sequence most commonly associated with Boston. So a lot—a lot—of callers have been making this exact mistake on a regular basis for roughly half of Kanno-Youngs’ life. He estimates he’s gotten hundreds of calls like this, about one every other week for the past 13 years.

“People are just addicted to hitting that 617 area code,” he says.

In recent years, he’s been sharing some of his experiences with this predicament on Twitter.

Just got a call from a Mass State Police trooper asking for “Jerry” at Rollerworld. He was friendly — Jerry doesn’t seem to be in trouble. I tried to dig but the state trooper clicked. Perhaps the similarity of my number to Rollerworld’s will lead to new sources?

The callers are often stressed-out parents in a rush, he says, and hardly wait for him to answer the phone before delving right into their particular Roller World-related concerns, usually a last-minute change to a reservation. It usually takes him half a second to realize what’s happening.

“I’ll have a bit of an awkward silence, and then it hits me: ‘Oh, wait, of course, it’s Roller World,'” he says. “Now that it’s been more than 10 years, I kind of have a script. ‘No, there’s actually a different area code, it’s this area code. You’re on the right track. You’re almost there.'”

He adds, with the knowing tone of someone who’s had a front-row seat to the travails of stressed-out moms and dads since he was a teenager, “People are passionate about their kids’ birthday parties, man. You can kind of hear the sense of urgency in their voice. It can be rattling sometimes. It really can.”

The calls followed him through high school and college, and through stints at USA Today, the Boston Globe, the Wall Street Journal, and now at the Times, where he’s covered the homeland security beat during the Trump and Biden administrations. In other words, he’s used the same number to interview Jen Psaki and Chuck Schumer as he’s used to play quasi-customer service at Roller World.

After all these years, you’d think he’d simply screen his calls. But reporters often don’t have that luxury, as every call from an unknown number might just lead to the scoop of a lifetime. So he answers every last one.

Talking to Rollerworld patrons has become a weekend ritual. I asked today’s caller if they would kindly tell Rollerworld to fix their voicemail. “I’m not getting paid to do that,” she said. I said okay. She called me two minutes later to check on her reservation.

He has, however, always steered them in the right direction. He has resisted the urge to prank any of the callers by pretending to actually be Roller World, because far be it for him to ruin someone’s special day. Nor did he look into what impact the coronavirus pandemic had on the rink—which was closed to the public for most of the year—so he never had to break the bad news to anyone who called during lockdown. (Believe it or not, he says, the calls kept coming straight through 2020 from people who hadn’t considered that a roller rink might be shut down in a pandemic).

He has also never reached out to Roller World about the situation. Still, he’s always wondered, has Roller World experienced something similar, but reversed? Have White House officials ever accidentally sought him out, only to reach the concessions stand at a roller rink in Saugus by mistake?

“Nope,” says Jerry Breen, who’s owned Roller World for all of its 40 years, and talked to me by phone this week. “I haven’t heard anything like that.”

I asked him how he felt about the informal bond he’s had with this local kid turned White House reporter, and he suggested he “ought to send him a schedule so he has the information when [customers] call.”

As for how this mix-up might have happened, Breen does have an alternate theory as to what might be going on here. As luck would have it, the Roller World owner spent nearly 30 years as an installer for New England Telephone. He tells me it’s possible that somewhere down the line, it was a phone book publisher that made this classic mix-up, etching the typo into an un-editable format and leading customers astray. “It’s happened before,” Breen says. “A phone book with the wrong number could be out there. There could be thousands of them.”

Occasionally, Kanno-Youngs considers changing his number and putting the problem to rest. But at this point, why bother? He’s come to sort of cherish the calls. Especially during his years working in D.C., he’s come to see them as short, usually sweet, often heavily-accented tastes of home.

“I’ll be having a hard day sometimes on deadline, or just getting tossed between the bureaucracy of the federal government while reporting, and then just—boom— I’m getting a call from a nice person in Saugus,” he says. “It can be annoying at times and it’s been tough. But, you know, I see the value in my Roller World calls, definitely.”

Next time he’s in town, he’s considering dropping by for a couple laps around the rink for old time’s sake. And maybe seeing if he can score a free slice of pizza for his years of service. After all this, it’s the least they can do.