The app is embracing its role as the region's party-pooper in chief. 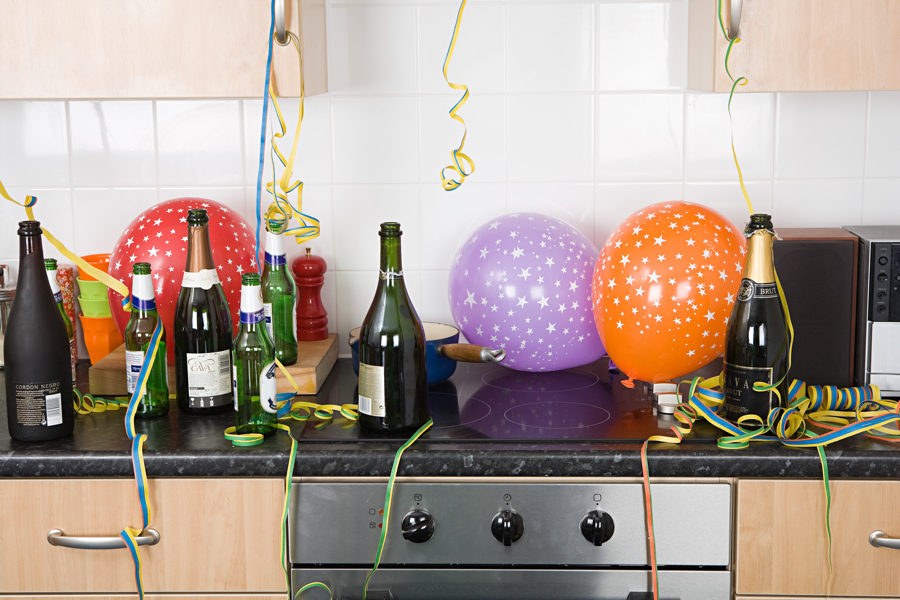 Hear that? It’s the sound of college kids not puking on your neighbor’s lawn at 3 a.m. In a pandemic, no less.

Thousands of young Bostonians hoping to host ragers at Airbnbs this past year have faced off against the party-pooping prowess of the home-rental app, amid its yearlong effort to keep young people from gathering irresponsibly and noisily in homes hosted on its platform. At a time when holding big gatherings with swarms of unmasked revelers was a public health threat—and as disputes among cooped-up neighbors over disruptive noise reached a fever pitch—Airbnb says it stopped a whopping 3,500 potential parties in their tracks around town this past year.

The figure comes as the company looks back on new anti-house party rules it announced in July of 2020. Those rules barred anyone under the age of 25 who doesn’t have a track record of positive reviews from Airbnb hosts from reserving entire houses in cities and towns near their homes. App users over 25 are exempt from this rule, as are younger renters with at least three positive reviews on the app, or who book only a private room.

The measures were designed to prevent exactly the type of Airbnb activity neighbors have come to despise: crowds of 20-somethings jamming into rented houses and partying until the wee hours of the morning, turning homes on quiet residential streets into makeshift nightclubs. Explaining this new policy at the time, Airbnb insisted that fewer than 1 percent of its bookings result in any “safety-related issues,” but the pandemic necessitated some extreme measures to reduce that number even further.

“Today, Airbnb released new data indicating progress in our initiatives to try to crack down on unauthorized parties in Boston,” the company said in a statement Tuesday. “Parties are rare, and the great majority of guests to Boston contribute positively and are respectful. However, when parties happen, we know it can be disruptive for Hosts and neighbors, which is why we’ve continued to invest in trust and safety.”

Airbnb also instituted a “party ban,” last year, which forbids more than 16 people of any age from gathering in properties listed on its site, and warns guests that any major disturbances could result in bookings being canceled. And earlier this month, it announced a partnership with another rental platform, the Expedia spinoff Vrbo, which will collaborate with a third-party to identify problem properties.

Pandemic or not, controversy surrounding house parties has been a source of persistent headaches for Airbnb. Locally, that includes the infamous case of a still-unsolved murder at a house party in a Lynnfield Airbnb in 2016. The incident led to sweeping new regulations on the app in that community, and a lawsuit that went all the way to the Supreme Judicial Court.

Airbnb says its tally of 3,500 blocked reservations this past year includes people who live in Boston and several area suburbs, all of whom were kept from renting homes nearby. It did not identify the cities and towns in which young Bostonians were denied bookings, so as not to tip off would-be partiers about how far away they needed to rent a place to beat the system. It also did not provide data on how many house parties it may have thwarted in Boston proper, although sweeping new restrictions on Airbnbs in Boston, which took effect in late 2019, have significantly curtailed the number of Airbnbs available for stays in the city.

The app appears to have blocked more of these types of bookings near Boston than in areas around similarly sized cities. It blocked 3,000 bookings around D.C., 2,600 around Baltimore, and 1,500 around Buffalo.

The announcement also precedes the Fourth of July, a classic party-hard weekend made all the more tempting to would-be Airbnb partiers by the revelry of Vaccine Summer. To keep any unwelcome holiday cheer in check, the app says it banned bookings for this weekend from anyone without a stellar record of reviews from hosts, no matter whether their bookings are local or not.

You don’t have to go home, but you can’t party here.